In terms of qualification, the game was meaningless with the Scots’ chances of winning through the group stages getting off to the worst possible start with a 3-0 flop against the same opponents in March. Belgium and Russia breezed through the section to make certain of their places in next summer’s soccer showpiece.

However, there is a chance the Scots can join them when the draw is made on Friday for the March play-off matches which could open the door to the nation’s first appearance in a major tournament since Craig Brown was in charge for the World Cup Finals in France in 1998.

CQN, with assistance from our team of ace snappers, turn the spotlight on the champions’ four representatives who helped their country to come back to win 3-1 after trailing 1-0 at the interval. Here is our verdict.

Another neat and composed performance from the Hoops’ midfield anchorman who rarely put a foot wrong on a difficult playing surface. Manager Steve Clarke has appointed him deputy skipper and he took the armband when Steven Naismith, scorer of the second goal, came off in the 77th minute to be replaced by former Celtic loan man Oliver Burke. Overall, a stoll in the park for Calmac. 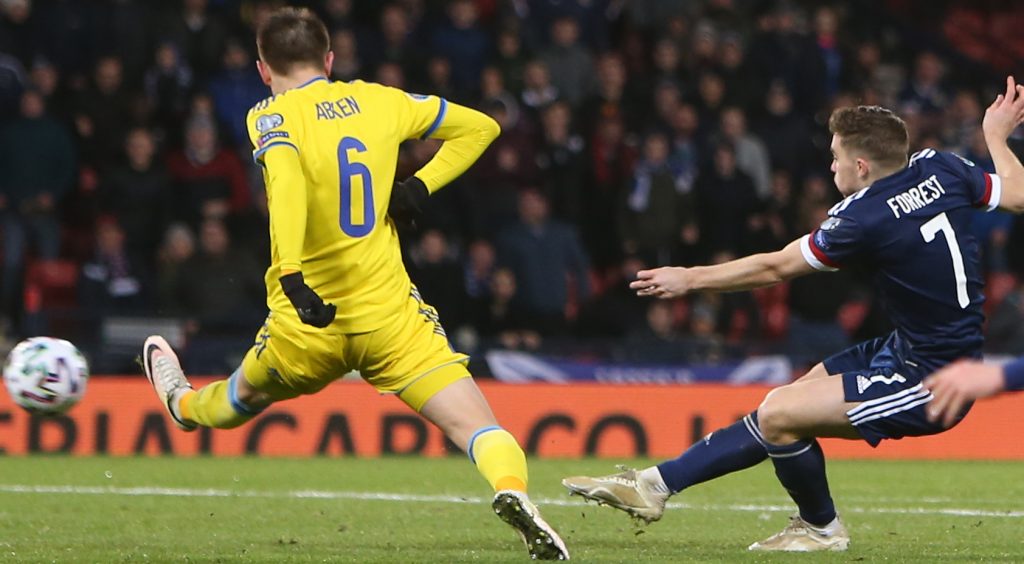 Started the game like a whirlwind and threatened to blow Kazakhstan away. Took over the left-wing role and was involved in the thick of the action right from the kickoff. Ther was a scare just before the interval when he ws the victim of a savage tackle from an opponent who was fortunate to get away with only a yellow card from Dutch referee Bas Nijhuis. It should have been red. The Hoops winger was down for about two minutes while the medics worked on his left ankle. Thankfully, the Celt is made of stern stuff and he recovered to put in another sterling 90-minute shift. 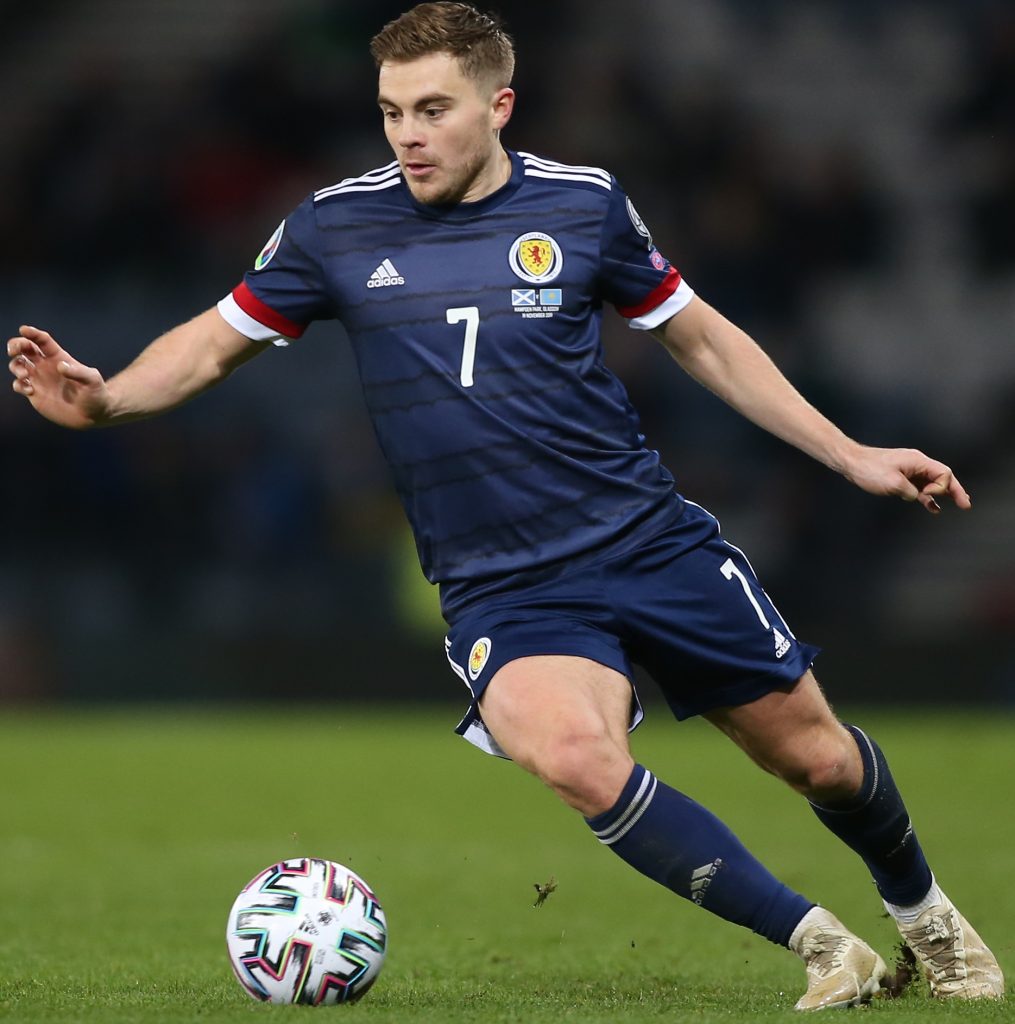 ON THE BALL…James Forrest prepares to launch another left-wing raid. 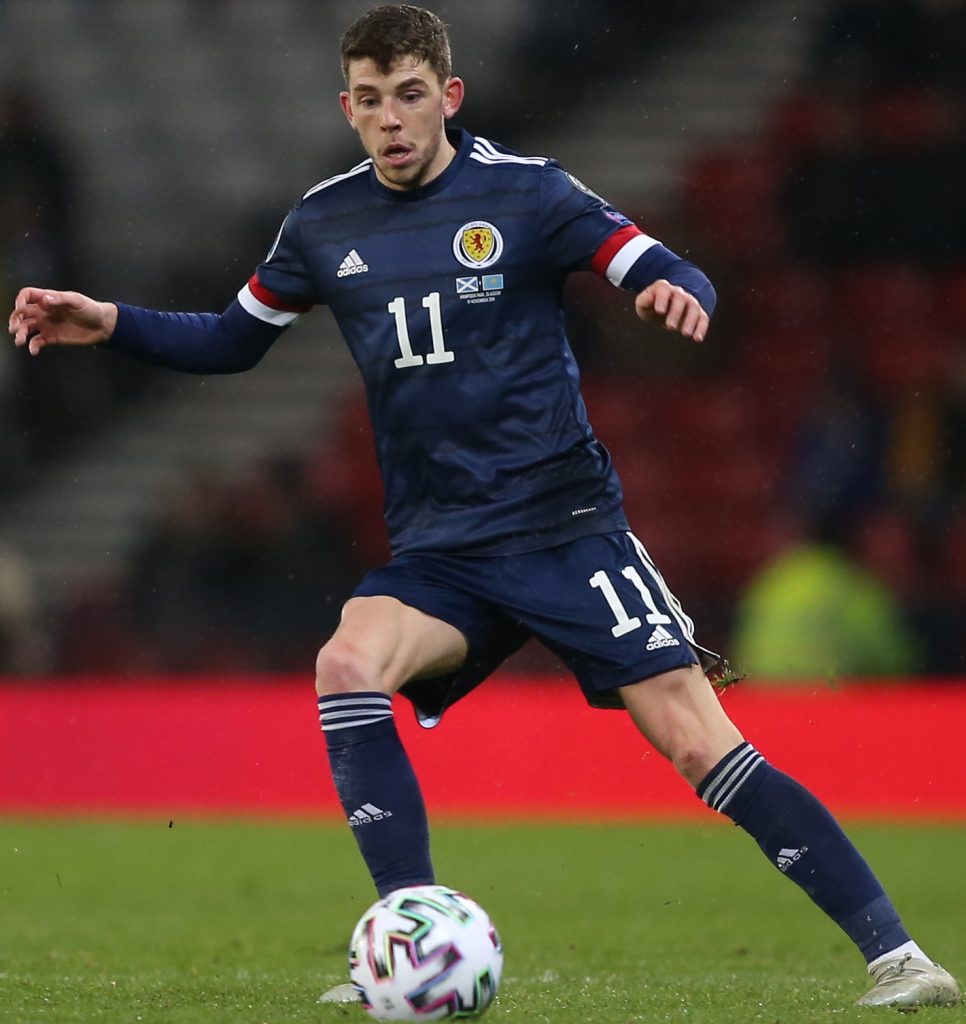 The playmaker has become a key man in the Scotland international team and played a role on the right last night. Linked up well with full-back Liam Palmer and was another who defied the elements with some breathtakingly-accurate passes duringa testing evening at the national stadium. He last until the 83rd minute when he was given a well-earned breather with John Fleck coming on for him to see out the game. 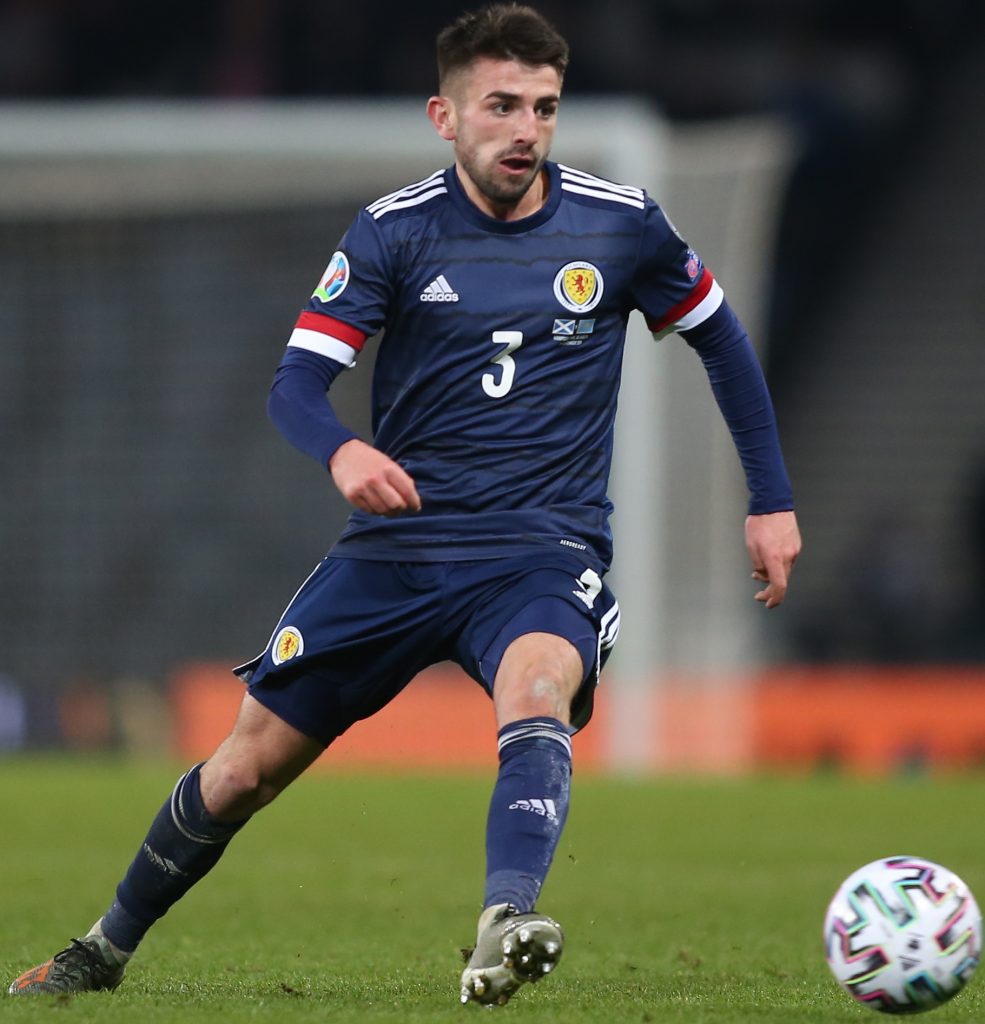 The Celtic defender, a £2.25million recruit from Kilmarnock on transfer deadline day, has made only one appearance for the Hoops – the 2-0 win over St Mirren at Parkhead earlier this month – but fitness certainly doesn’t appear to be an issue with the left-back. He was busy throughout the encounter and his clever pass brought the third goal from John McGinn in the fading moments to cement the result. A good, solid display from a dependable performer. 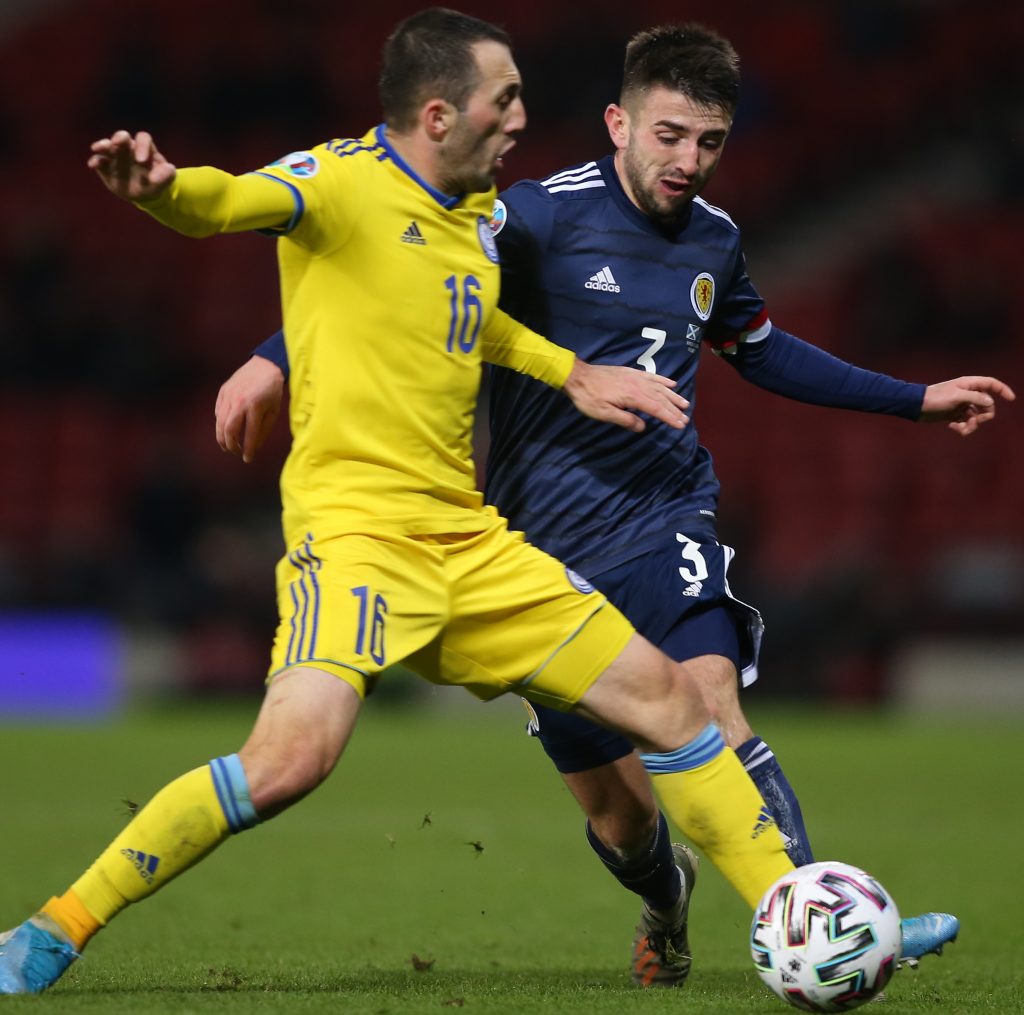 CRUNCH…Greg Taylor is on the receiving end of a full-blooded challenge from Kazakhstan’s Gafurzhan Suyumbayev. 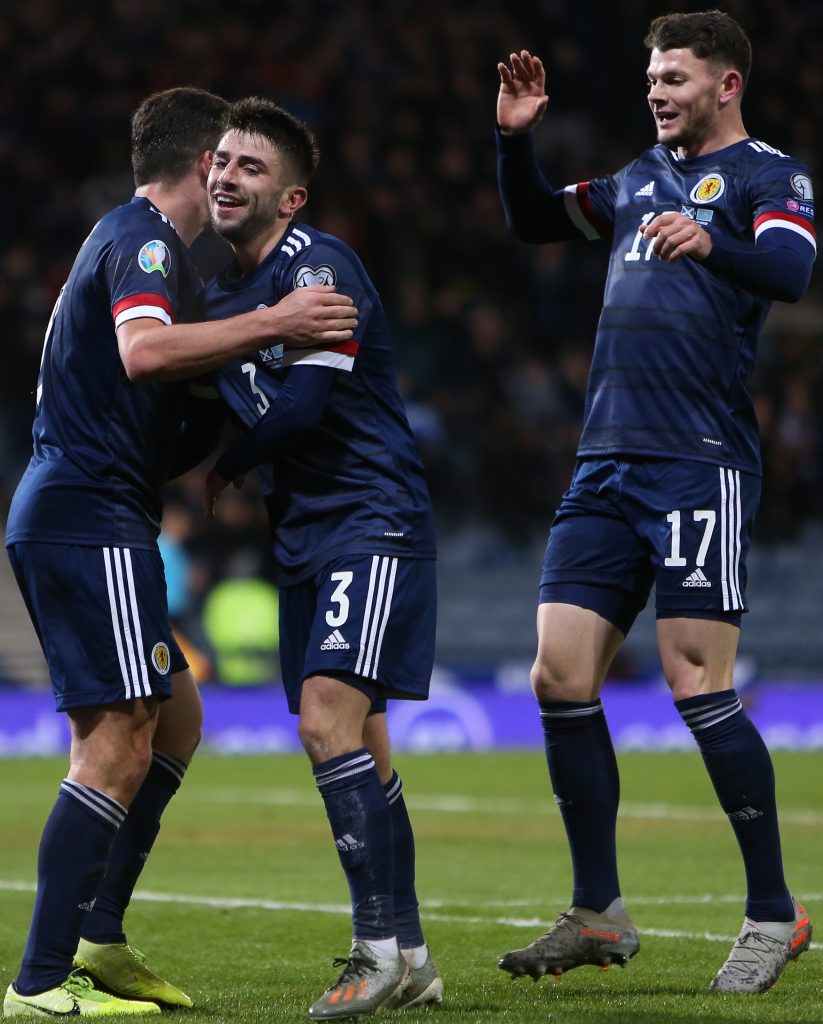