IT was never dull when the Portuguese prince of comedy Pedro Caixinha was performing at the Comedy Club, that’s for sure.

If he wasn’t ranting and raving, doing impersonations of out-of-control windmills while throwing his arms around, threatening rival players and managers, flexing his muscles and staring wildly, he was composing some very interesting quotes.

Here are a few of the best from the Portuguese Man of (upside down phoney) War:

“Am I the right man for the job? Yes, I am. Besides being Rangers manager, I am also a fan. I’m blue inside.”

Pedro after the midweek draw with Kilmarnock.

“The vampires taste the flavour of the blood and they want more, they need it. It’s the same with the competitive teams and clubs, competitive players and competitive managers. They like the way the blood tastes.”

Before the Betfred League Cup semi-final pumping from Motherwell. 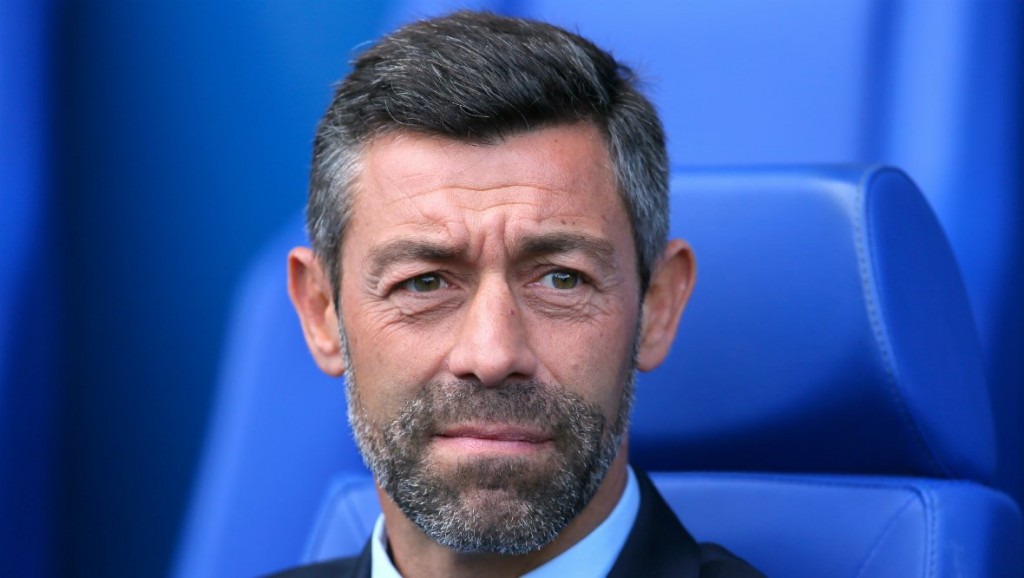 After the 2-0 loss to the Fir Park side.

“We are talking about a worldwide club. It’s a massive club, the biggest in Scotland. It’s a club that’s fighting to get back to the top. We know we’re going to get it back to the top and that’s what we’re here for.”

After taking over from magic hat-man Mark Warburton.

“The slogan: ‘We Are The People’ will be stamped on the walls for both our players and opponents to feel the strength of Rangers.”

“This is the squad we have for now and we really trust the players we have right now. For us, this is the best squad in Scotland. We just need to give them confidence.”

“The dogs bark and the caravan keeps going. That means that we are focused in our work. We are all together in the same direction.”

“Green is the colour of Celtic. From now on, no-one will wear boots of that colour.”

Pedro reacts to leaks from the Ibrox dressing room.

“The players tried to do their very best, they had a fantastic attitude and they raised their level. Things didn’t go in the direction we were supposed to have planned, so I am the man responsible. You need to judge me all the time. From day one since I came here.”

Following the record 5-1 hammering from Celtic at Ibrox in April. Pedro in all his time in Scotland, never saw his beloved Celtic lose.

Pedro, you were awful, but we liked you!