Celtic have won two of the last six available domestic cup competitions, leaving four trophies for others. We conceded penalty kicks on three of the four cup games we lost during that time, Aberdeen’s win at Celtic Park in February 2015 is the only occasion in three years we’ve gone out of a domestic cup competition without conceding a penalty during the elimination game.

We were rotten in the cup against Aberdeen but that aside, the lesson is clear, if you want to knock Celtic out of a cup, win a penalty.

The two Hampden semi-finals we lost during that period, to Inverness and Ross County, saw us receive red cards at the penalty incidents (all merited). If you want to make doubly sure of knocking Celtic out of the cup, do what you can to lure then into a red card challenge, especially if you can do it inside the box.  This is the most effective way to beat Celtic.

There are things we can do to mitigate the danger.  Efe (against Ross County) and Erik (against Partick) both conceded penalties by making a challenge from the wrong side of the opponent.  Attempting to make up for being out of position causes more penalty kicks than bad refereeing ever will.    If a player is clear through on goal and you’re the wrong side, get close to him, but don’t tackle and don’t clatter into the back of him.

We all noticed the remarkable attention given to one of Scott Brown’s challenges against Hearts last week.  The subliminal message here was “Scott Brown makes red card challenges”.  Watch for this playing out at Hampden on Sunday.  Scott and Stefan Johansen are the two Celtic players who cover ground quickly.  They are likely to ‘arrive’ at several dozen challenges on Sunday at speed and need to be alert to opponents attempting to ‘buy’ a red card.

We can afford to lose games across the league campaign, but in cup football, the rules have to be:

Keep 11 men on the field
Don’t concede a penalty

If, in cup games, Celtic achieve this, and do their job to a moderate standard, they will go on and win the double.

Oh, and six days before a big cup game we get stories about our backroom team potentially heading to Sunderland.  Aye, sure thing.  First thing I did was check if the ‘news’ came from journos in Sunderland or Glasgow.  Apparently it’s the Glasgow journos who know more about what’s happening in Sunderland than those from Sunderland.  I’m taking a sweep on which Celtic player will be mentioned as a ‘love rat’ this week.

I know the golf types are all excited this morning………. that the closing date for application to attend the 12th annual CQN Open Golf Day will be two weeks from today, Monday 25 April.  After this date we will use the SFA’s best cup-draw techniques to allocate places.

The event takes place at the magnificent Aberdour course in Fife on Friday, 29 July.  Email Taggsybhoy if you would like to attend for the golf, or just for the evening meal and entertainment: cqnopen2016@gmx.co.uk .  This year we’re helping Glasgow the Caring City’s Refugee Work (which is at an important stage right now), and the John O’Byrne Foundation.  More soon. 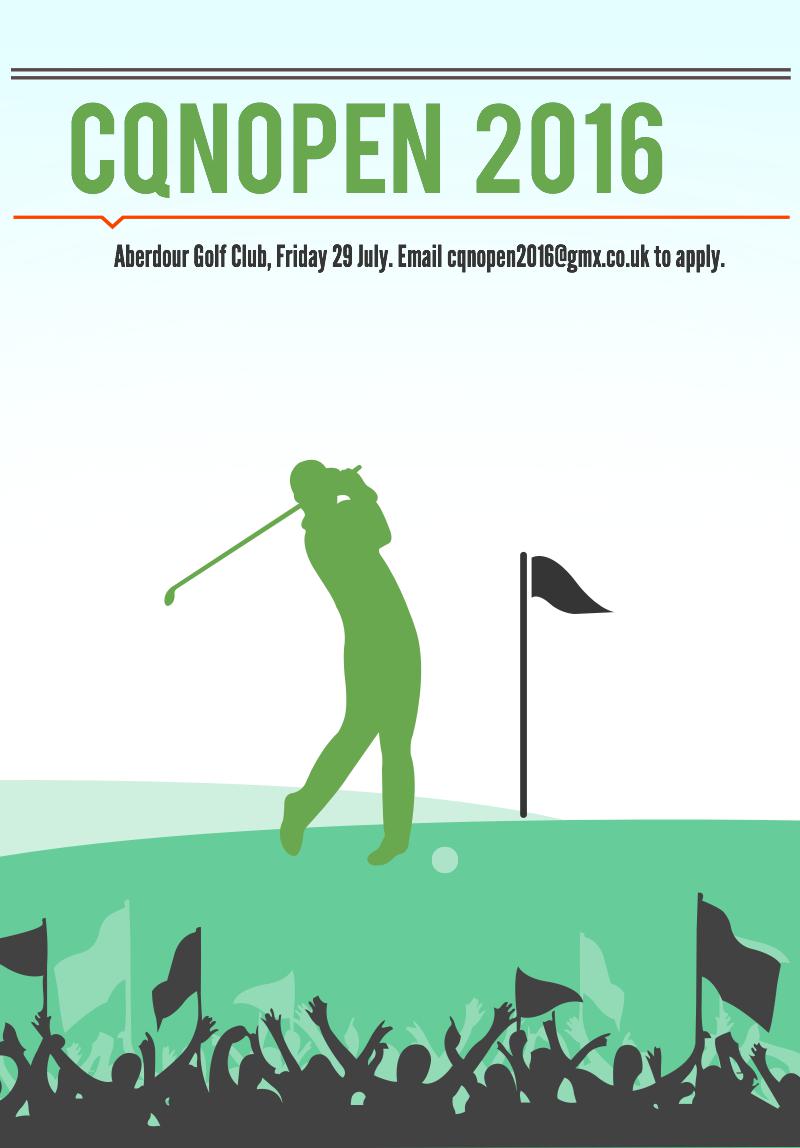