CQN had another Q&A session with Celtic SLO John Paul Taylor on Friday; as ever, John Paul was given advance notice of the questions to ensure that the answers were as full and frank as possible. The responses this week were very detailed and have provided some really good feedback.

We feel that the responses provide decent feedback from the club. They also raise some very clear issues and sets the scene very nicely for the consultation with the fans on the fans forum and ticket allocation changes that may come about next season.

Here are the questions and answers. 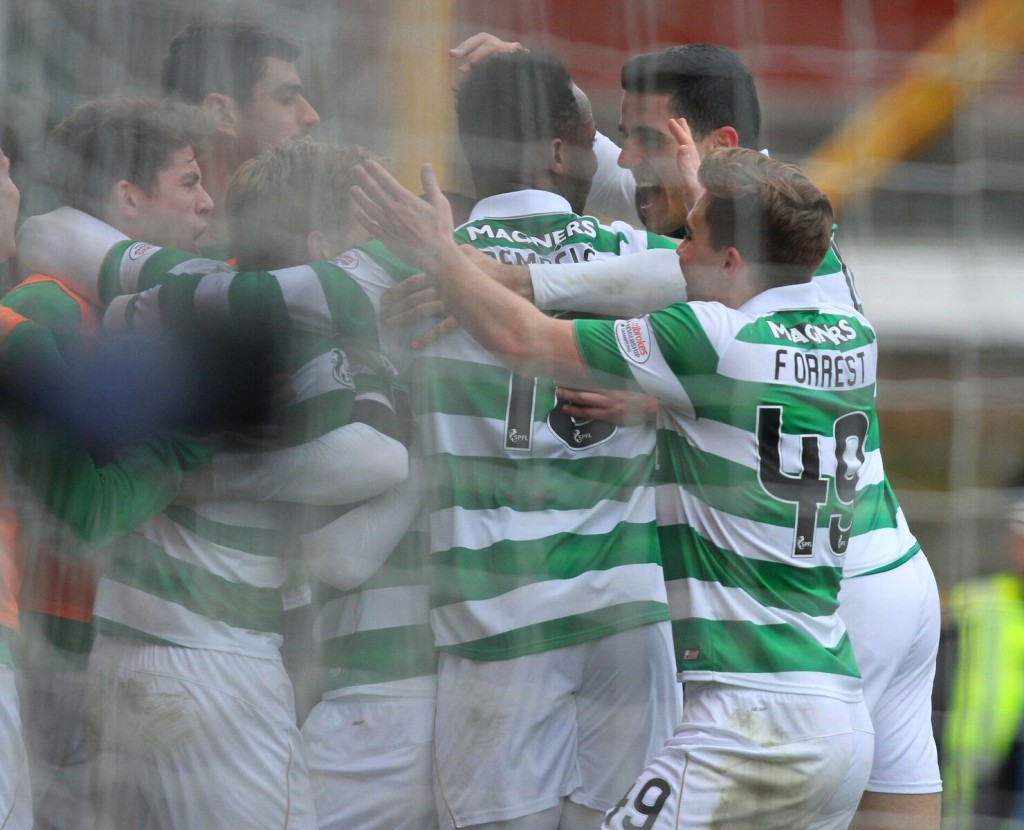 There a number of supporters who complain that they cannot access tickets because away games are ‘sold out’ but tickets have been easily available via social media and outside the grounds (including the cup final). What can the club put in place to prevent this and allocate tickets to supporters who will attend away games?

This is one of the reasons the Club has undertaken to conduct a review into the allocation process, once tickets leave the Club it’s impossible to monitor them so all we can do at the moment is ask fans not to take tickets if they don’t need them and be fair to the fans who would like to attend matches. I suspect if this continues the Club will start to try to identify those responsible and this may have an impact on their ability to obtain tickets in the future.

Can the Club trace individual tickets to specific supporters to assess this?

Yes, with some extra work tickets can be traced back to whoever they were originally allocated to, all ticket sales are recorded against client codes and this information is held on file.

What can the Ticket Office do to streamline or automate the allocation and distribution policy to reduce queuing online and at the ticket office? For example, can better use be made of the link with Ticketmaster reduce queues? Is this possibly a communication issue between the Club and the support?

I think the Ticket Office try to utilise the Ticketmaster link as much as possible, this clearly has benefits for fans and staff as a result of being able to tap into a much greater pool of resource. One of the issues which arises from the is the fact that Ticketmaster are a commercial business and as such charge for their services, this leads to booking fees and additional costs which fans tell us are unacceptable, so it’s a balance of using the resource in the best way we can to minimise additional charges. I believe there is always discussion between the two parties on how the use of technology could be best deployed to assist and I’m sure we’ll see some new developments as we go forward.

There is a perception that ticket office and corporate hospitality team are designed to operate in a manner which gives preferential treatment to corporate clients or some supporters organisations to the detriment of individual supporters. What can be done to make this more equitable and provide transparency on the allocation process? For example, a breakdown on the official website detailing the breakdown of allocation for each away game.

I know that’s something that has been done in the past and could possibly be done again. The reality is though that the majority of tickets for away games go to standard season ticket holders. The ticket allocations given over to Corporate and Premium are contracted benefits but although it has been widely suggested that they take as many as they want, this isn’t the case, the number allocated varies by match depending the allocation to the Club and is restricted to contracted entitlements.

In addition to this, can the club give the % of corporate allocation that has been taken up for away matches this season? When these tickets that are set aside for corporate supporters aren’t taken up, how does the club re-distribute them?

All Departments who receive tickets are given a deadline date, if there are any tickets remaining at the deadline date, these are returned to the Ticket Office for distribution amongst Standard Season Ticket Holders.

Are there any current or plans to stop supporter’s organisations getting tickets and the creation of a membership scheme for supporters clubs?

None that I’m aware of.

There are concerns that for away European fixtures that not all tickets go to the named recipient and that others use the tickets; what processes are in place, or could be put in place that will prevent this happening?

There has been suggestions that tickets are allocated at the stadium of the opposition Club. This was almost piloted earlier this season however, there are difficulties with such schemes as we seen when Man City did it in Glasgow with fans waiting up to 2 hours to collect their tickets. It is labour intensive and given the short time fans have in the City there are concerns that such a proposal would not be widely welcome. Recently there has been examples in Europe where opposition fans have been attacked when visiting the ticket collection point so my understanding is that Clubs are abandoning this method of distribution.
This means that in order to ensure that the tickets are being used by the fans they are intended for, it may be necessary to introduce more rigorous checks on travel details.

The Ticket Office is the main customer contact point; some supporters feel that some staff need improved customer service skills.  Are there customer feedback opportunities and training programmes in place to deal with this?

I think that this is something that can always be improved on in most businesses and we always welcome feedback. This can be made directly to myself, we have run mystery shopper schemes in recent years and our scores have come in pretty high. We do have a support charter based on treating fans fairly http://www.celticfc.net/pages/supportercharter and we ask fans to make use of this to share their views and opinions.  The charter was created to ensure we apply a consistent set of standards across the business and when this is not the case fans should make us aware.

The last time we did it was close to the start of the season so it was a busy period but it’s a fair challenge to provide a stress test to see how well we cope at peak times. The only point on this one is that all businesses experience peak demand periods and the service on these occasions isn’t reflective of the general standard so I think this has to be taken into account also.

Are the proposed changes to away ticket allocation designed to deal with the behaviour of the away support in light of the OBaF Act and discussions around Strict Liability?  Is the club looking to use the distribution of tickets as a means to reduce or eliminate the singing of so called controversial songs?

It’s fair to say that during recent discussion relating to ticket allocation, elements of this were discussed. The Club is opposed to strict liability and the OBaF Act however all Clubs appear to recognise that there is a risk to legislation being put in place by external bodies to address unacceptable conduct therefore a number of ways on how football could manage this without the need for external bodies to get involved have been discussed.

Does the “song-book” get discussed as part of this?

Songs, chants and general behaviour are all discussed.

How do the club monitor the behaviour of the away support in terms of behaviour, conduct within the ground and compliance with the ticket Conditions of Sale?  For example, conduct that could be classed as offensive under OBaF Act or entry to the ground while intoxicated?

There is a post match debrief which takes place immediately after each match. Any issues arising from the support will be raised at this, generally through the Match Commander or occasionally the Safety Officer.  Subsequent to this there is a SPFL Delegate report which is completed after every match and shared with the participating Clubs, this covers all aspects of the match and indicates whether any supporter related issues arose during the match.  The Club also take feedback from Police Scotland on behaviour internally and externally so this effectively provides a picture of fan conduct for every match.

Will any of the money that the club takes in ticket revenue for the match at Ibrox on Hogmanay be used to pay for the damage caused to Celtic Park toilets by the Rangers support at the 5-1 match in September?

I don’t know, as has been widely reported this matter is the subject of a criminal investigation so I think this has to be completed first and then any subsequent action can be agreed upon.

Thanks John Paul, see you next week for questions on Offensive Behaviour at Football Act.

I look forward to it. 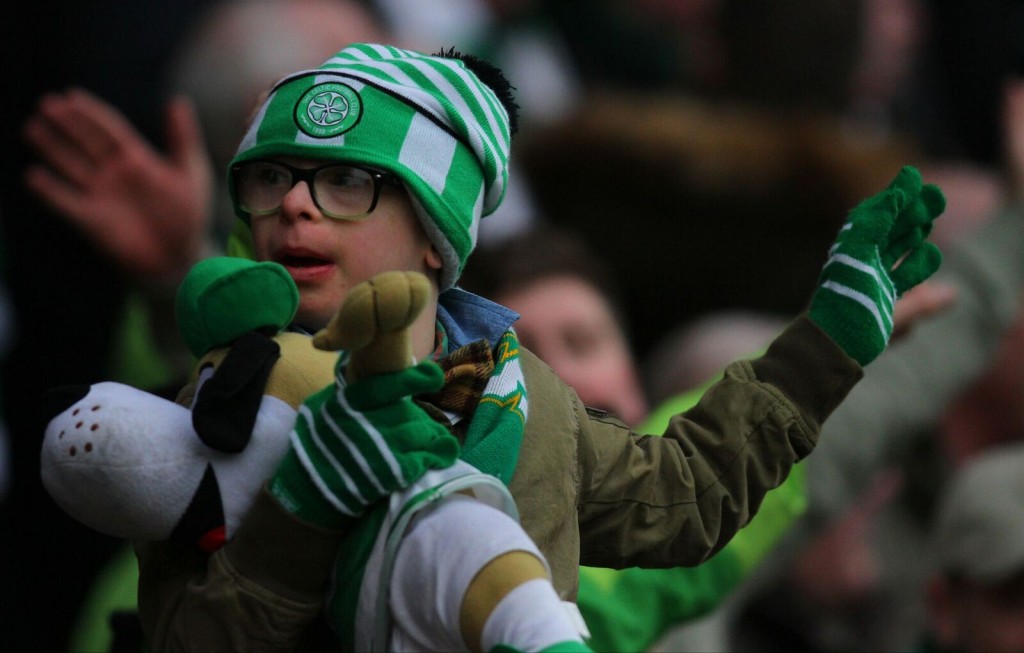 As ever, we are grateful to John Paul for working with us to get the answers to the questions submitted to CQN. Although there are times where, for various reasons, John Paul has not been in a position to give us the detailed answers he would like to but we have been able to get detailed answers on most questions we have asked. We have already assured readers of CQN that we will re-visit the questions from our first session with John Paul further down the line. They are NOT forgotten.

Next week we would like to present questions on the Offensive Behaviour at Football Act. We are sure there will be some pointed questions on this one!  As usual, please get your questions in to competition@celticquicknews.co.uk by Wednesday lunchtime.

It would also be good to get some more feedback on the comment section in the Blog to see how CQN users feel the Q&A sessions are going.

Meanwhile if you missed the earlier Q&As you can catch up using the links below:

These reports are by Hot Smoked and vfr800a8 who deserve our gratitude for the time and effort involved in getting YOUR questions directly to senior management at Celtic FC.

*Check out CQNBookstore.com for great ideas for Christmas – we’ve got the best selection of Celtic books and DVDs – including the 50th Anniversary of Lisbon book and DVD, as well as Kenny of the Celtic, Hoops Stars and Stripes The Andy Lynch Story and A Season in Paradise – Ten Months of Celtic Heaven – and much more! Tell the missus!

Tell the missus to shop online at www.cqnbookstore.com