CELTIC will step up their double bid for Tommy Smith and Romaine Sawyers that could see their summer spending soar to around £16million.

Now the Hoops boss has turned his attention to Huddersfield right-back Smith and Brentford midfielder Sawyers.

The eight-in-a-row champions had a £1.5million offer for the 27-year-old Griffin Park skipper knocked back at the weekend, as CQN reported. 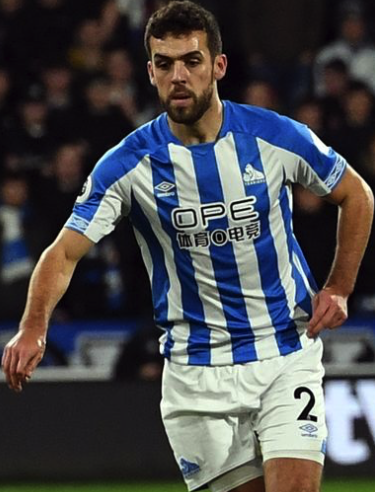 The Championship outfit are demanding £2.5million for the player who is out of contract next summer. The Parkhead men are likely to test their resolve with a second and improved bid this week.

Smith, 27, who is also wanted by Stoke City, is up for grabs at £4million at the Yorkshire outfit who were relegated from the top flight last season. Reports insist Celtic have representatives st the Terriers’ training camp in Austria as they try to push the deal over the line.

A compromise fee of £3million plus add-ons could be thrashed out as Lennon attempts to solve his problem No.2 position.

Mikael Lustig and Cristian Gamboa quit the club at the end of their contracts last month and Jeremy Toljan, who arrived on a short-term loan deal in January, returned to Borussia Dortmund.

The Hoops missed out on impressive Luton Town full-back Jack Stacey who will seal a £4million switch to Bournemouth today following a medical.

Hapoel Be’er Sheeva’s £1.5million-rated Hatem Abd Elhamed remains an option while Kilmarnock’s Scotland international Stephen O’Donnell, who was released by Scotland’s title kings in 2011 as a 19-year-old, is still on the radar although there has been no contact between the clubs.

The Hoops could push their spending spree closer to a remarkable £20million if they land Ecuador midfield wonderboy Jose Cifuentes who has already admitted he wants to play in Europe with the choice between Celtic and Manchester City.