ERIK SVIATCHENKO has revealed his feelings when he was told his time at Celtic was up after only two years.

The Danish international central defender, bought by Ronny Deila from FC Midtjylland for £2million in January 2016, opened up on his swift exit.

Sviatchenko, 28, speaking to Danish sports journal DR.DKR, said: “Just as amazing the Celtic era was, it was just as annoying that it ended so quickly.

“I was disappointed and frustrated that I couldn’t control the process.” 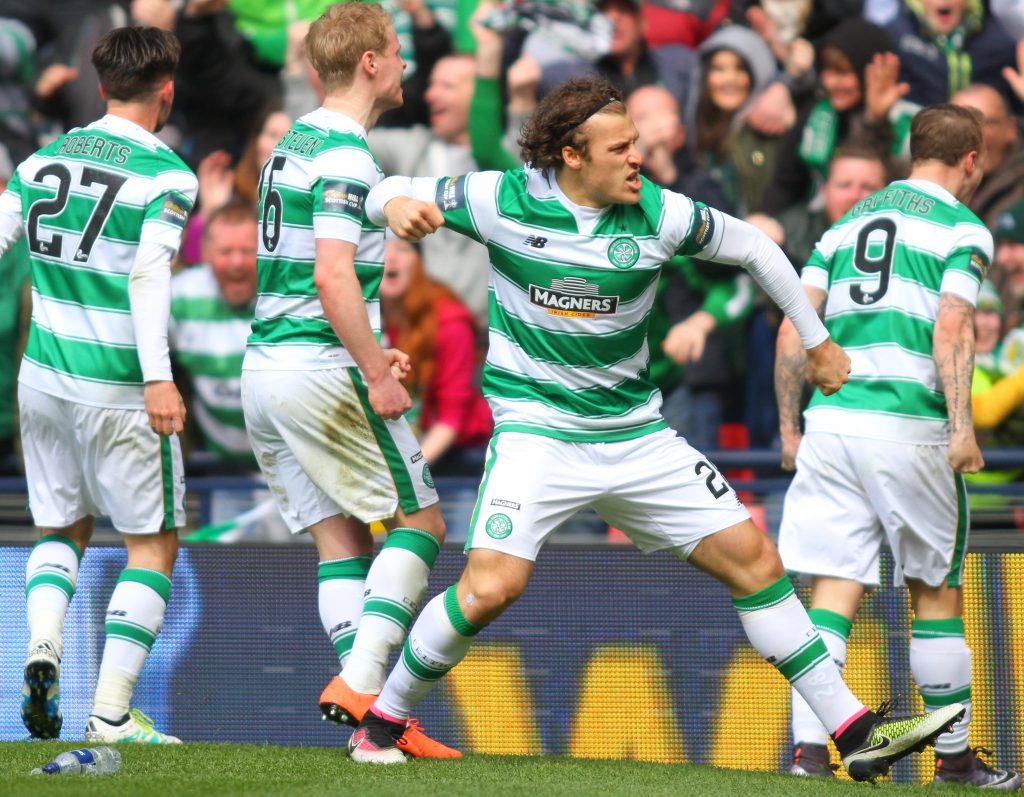 HOOPY DAYS…Erik Sviatchenko celebrates with team-mates Patrick Roberts, Gary Mackay-Steven and Leigh Griffiths after scoring against the Ibrox side in the 2016 Scottish Cup semi-final.

He is still clearly disappointed he was axed by Brendan Rodgers who paid around £2.5million in bringing in replacements in the shape of Marvin Compper, from RB Leipzig, and Jack Hendry, from Dundee.

The German centre-back didn’t even play a full game for the Hoops before being released early from his contract by Neil Lennon in the summer while the Scotland international has yet to make an appearance in the top side in this campaign and was  red-carded in a reserve game last week.

Sviatchenko was on the cusp of becoming a cult hero with a section of the Celtic support during his brief stay in Glasgow before the intervention of Rodgers to sell him back to his former Danish side.