Celtic Quick News on News Now
You are at:Home»Latest News»‘I AM FOCUSED ON CELTIC, 100 PER CENT,’ INSISTS NTCHAM
By CQN Magazine on 3rd December 2019 Latest News

OLIVIER NTCHAM insists he is completely focused on his Celtic career and is not interested in transfer speculation.

The 23-year-old French midfielder was caught up in controversy in the summer after making remarks about Porto and Marseille, but he is adamant his mindset is totally on the Hoops in a crucial month for the club.

Ntcham didn’t feature in the 4-1 win over Ross County in Dingwall at the weekend, but could return to face Hamilton Accies at Parkhead tomorrow night while, of course, the Betfred League Cup Final against Steven Gerrard’s Ibrox side is due at Hampden on Sunday.

The powerhouse, who cost £4.5million when he joined from Manchester City in the summer of 2017, has already etched himself into club folklore with his dramatic stoppage-time winner against Lazio in Rome last month as the champions celebrated their first triumph on Italian soil in 13 attempts.

Now he is preparing for the next eight games before the winter break and told the Daily Record: “I still think I need a few more games to be at my best, but I am going in the right direction. 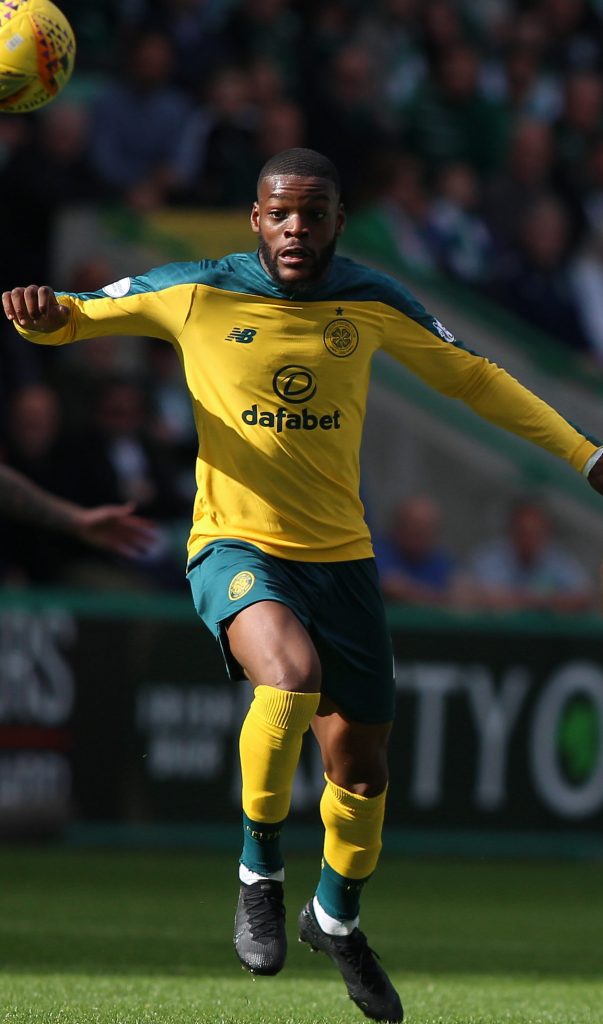 “There is a lot more to come because I’m not quite fully fit just yet in terms of matches.

“I am not spending my time looking around. There was talk about my future, but I am fully concentrated on the present. You never know what happens in football tomorrow, but I want to enjoy my time today.

“It’s a very exciting time at Celtic. There are a lot of games, but if we win them, it will be even more exciting.

“We are used to winning, but we are still hungry in every single game.”

Looking ahead the the silverware showon at the national stadium with the Hoops aiming for the 10th successive domestic honour, Ntcham added: “It will be a good game against them. It will be nice to play in a derby match in the Cup Final. It’s a big game for everyone.

“Every derby is different. Even if you have won the previous game comfortably, the next one can be completely different.

“You have to be fully focused on the game. I have some nice memories already in this fixture and, hopefully, I will have more after the Final.”