FORMER Celtic loan striker Oliver Burke has admitted his “frustration” at not being able to hold down a first-team place.

The 22-year-old forward, who arrived at Parkhead in January on a temporary deal until the end of the season, returned to West Brom without the champions making a bid to extend his stay.

Burke’s last appearance for the Hoops came in the last Premiership outing of the campaign against Hearts in May when he was substituted at half-time by Neil Lennon to allow Karamoko Dembele to make his debut.

And the Kirkcaldy-born attacker was overlooked for the Scottish Cup Final squad against the same opposition at Hampden a week later.

The powerful frontrunner is now looking to rack up some game-time at Spanish outfit Deportivo Alaves in La Liga after being allowed to go out again on loan for the season.

Burke, who is in Steve Clarke’s squad for the Euro 2020 qualifiers against Cyprus in Nicosia tomorrow afternoon and Kazakhstan at Hampden on Tuesday evening, opened up on his thoughts for the future – and looking for a club to put down roots.

Alaves are the youngster’s sixth club after starting at Nottingham Forest and moving to RB Leipzig in the Bundesliga for £12million before his £13.5million switch to the Hawthorns.

Burke, who scored four goals in 19 appearances for the champions, told the Daily Record: “It’s been really frustrating not actually staying at one club and cementing a spot. 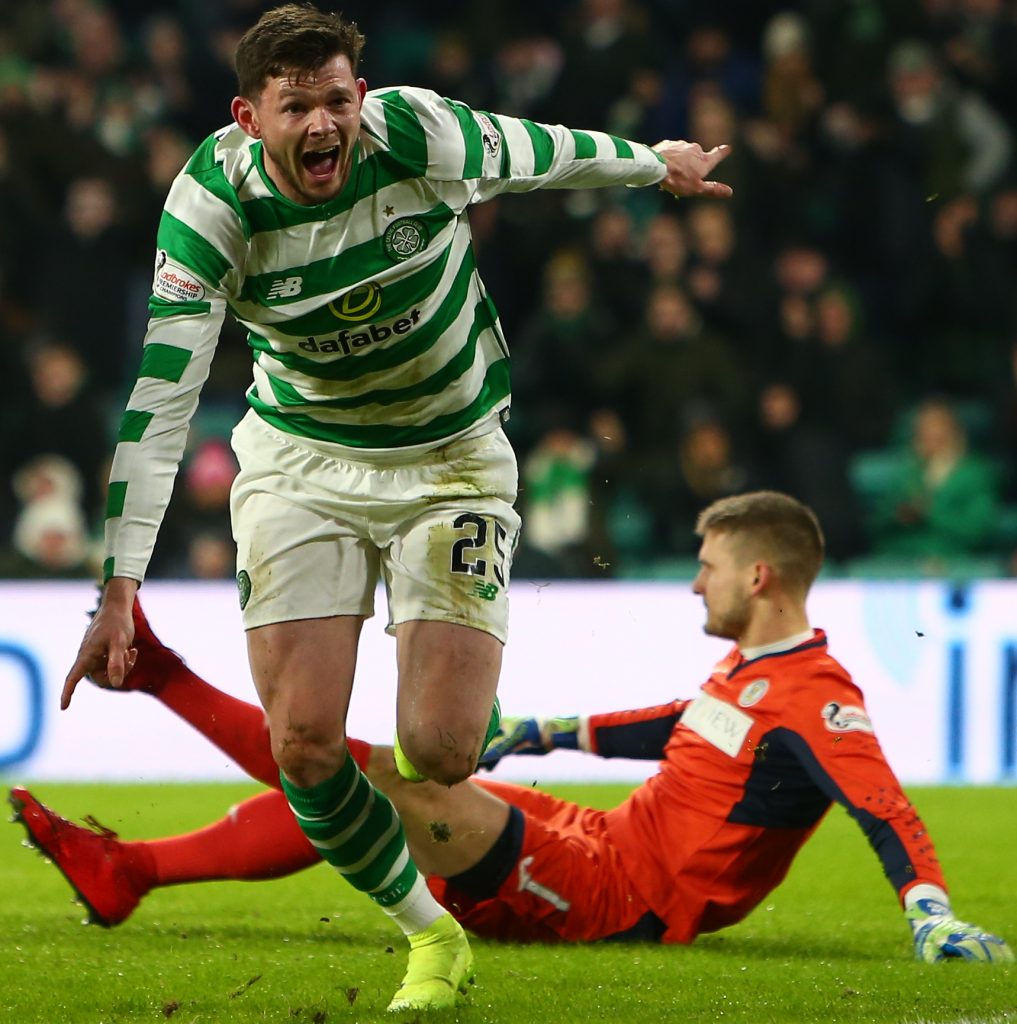 “I’d love to be at a club where I’m the first name on the team sheet every week.

“But that will come with time. I’m still at a good age and I’m just doing everything I can to learn the game so that when opportunities do come, I’m able to stay in the team and get a good run of games, because that’s what I need.

“The situation at West Brom is very difficult for me because I’ve been there for so long, but I’ve not played that many games for them.

“You almost feel like you’re not part of that team as I’ve been on loan to all these other clubs.

“I just have to focus on this loan I’m on right now and, hopefully, good things come from it and it can put me in the shop window.

“Game-time is the most important thing for me. When you’re playing week in, week out you have the confidence to show what you’re capable of. Sometimes you come off the bench and think: ‘Right I need to create something or score’ – but then you realise you only have five or 10 minutes.

“The pressure is hard and to make an impact in such a short period of time is difficult.

“I speak to people who have coached me down the years who tell me to look at how far I’ve come and to just keep going, there will be light at the end of the tunnel.

“For me, there have been highs, but many lows, so I just have to keep working hard and not let my head drop.

“I know what kind of player I am. so I just have to keep going and hope good things come.”