Celtic Quick News on News Now
You are at:Home»Latest News»FROM BOMBS AND BULLETS IN THE POST TO POUND COINS AND PIES HITTING CELTIC PLAYERS
By CQN Magazine on 30th November 2017 Latest News

MOTHERWELL fans were an absolute disgrace last night and the SPFL really must look at what happened in the corner of Fir Park as Celtic players were pelted all night long with pies, a bottle, coins and anything else the wee casuals could get their hands on.

Where were the Police filming this or even attempting to make an arrest or two?

And what about the Fir Park stewards who were passive in the extreme and did absolutely nothing to stop the moronic behaviour from a set of fans who have clearly bought into the notion that they were robbed at Hampden on Sunday.

The fact that their club failed to lodge an appeal against the sending off that flowed the penalty decision was conveniently overlooked. 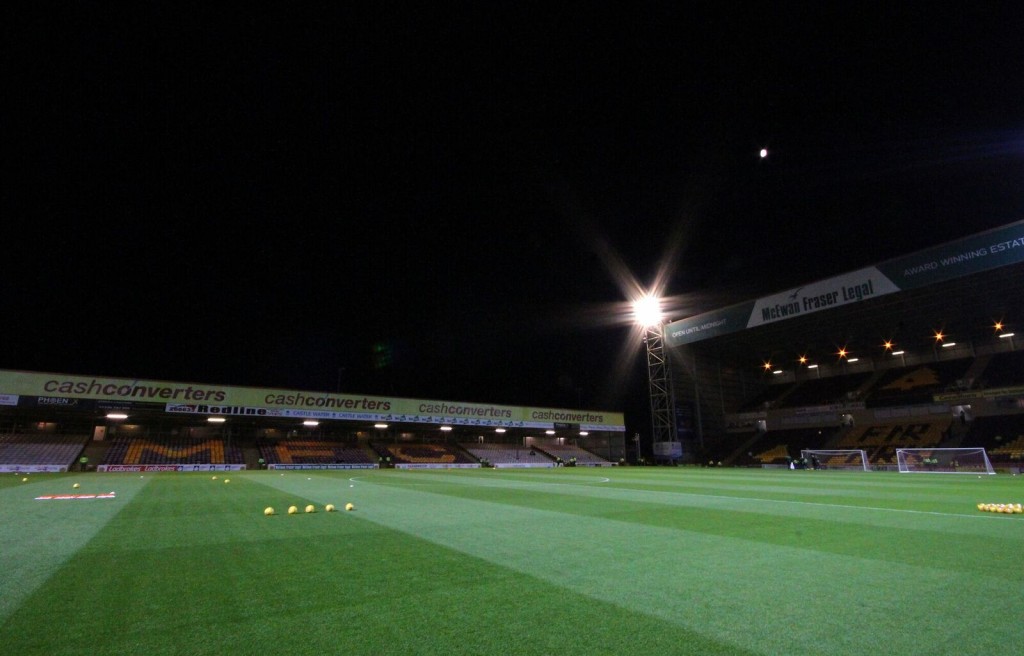 Scotty Sinclair, who was probably not scheduled to make an appearance last night as Brendan Rodgers looked to defuse the tension, was called into action late on. He was given an “Ibrox” like reception and was subjected to hateful racist abuse. The SPFL occasionally have players hold up their Give Racism the Red Card posters then remain silent when a player is repeatedly racially abused at Premiership grounds.

The league and indeed clubs like Motherwell should ask themselves this. What is a player like Scotty Sinclair lost an eye at their ground and that ended his career? They would be on the wrong end of a huge damages action and it is time they widened up to it.

Celtic closed a part of our ground at the start of the season due to setting off of flares in the Hearts game at the end of last season. There was compromise between the club and the guys in the standing section after that and there has been no repeat.

What are Motherwell FC doing today? Are they reviewing the behaviour of their fans and do they deem what happened last night to be acceptable?

We’ll have to ask them ourselves because no-one in the media seems particularly bothered. 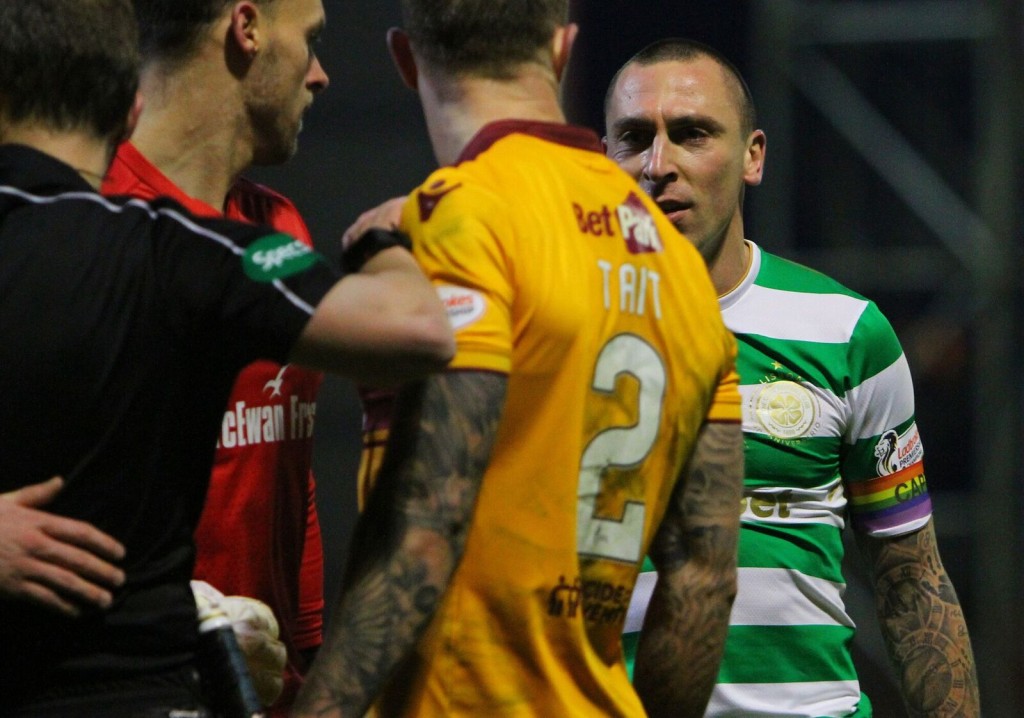 Celtic captain Scott Brown spoke about the abuse that the Celtic players are getting used to on the road in the domestic game as the side progress on their long unbeaten run which can reach 67 games at the weekend.

He spoke first about the treatment received by Scotty Sinclair and the subsequent karma in the winger netting the penalty that preserved the run.

“He was delighted with that. Especially when he scored the penalty,” Broony said.

“He silenced the crowd but it didn’t silence all the coins that were being thrown. I made a pound again, flying, I’m getting good at this game.

“There’s a lot of talk about decisions but people are being hit by coins and getting stuff thrown at them pretty much every week now just because we’re doing so well in the league and the away fans don’t like that.

“We’ve understood it’s part and parcel with going away now.

“Leigh Griffiths is hitting corners and getting things thrown at him. People have got to make sure we’re OK as well.

“When you’re hitting a corner or a free kick, I know teams that shout and sing whatever they want but you can’t be throwing things. It’s not setting a good example. It’s more when we go away from home.”

Celtic, too have a duty of care to their employees on the park. We have often heard that Celtic don;t want to say this or that about a particular controversial matter from across the city because the club are mindful of their employees safety. The bombs and bullets in the post stuff that went on.

It might not be bombs and bullets but these bottles, pounds and pies are dangerous.

Celtic should say something, not just Broony. Celtic.

Meanwhile have a listen to Jim Craig on the CQN Podcast, it lasts for appropriately enough, 67 minutes and you will love the stories, there’s some real heart felt emotion in their too. It’s unmissable. The link is below.