BRENDAN RODGERS may plunge into the transfer market for another keeper after Craig Gordon suffered a knee injury during the 1-0 win over Hibs.

The Celtic boss said he will “look at his goalkeeping situation” before the transfer window closes on Wednesday night after the club sent youngster Conor Hazard on loan to Falkirk.

Gordon, who lost two years of his career due to an injury to his left knee before signing for the Hoops in 2014, was injured after a clash with former team-mate Efe Ambrose.

It is understood the injury, which forced him off at half-time, has affected the same knee but is different in nature.

And to add to Rodgers’ problems, Leigh Griffiths, who scored the winner in the 27th minute, had to come off four minutes later with a recurrence of a calf problem. 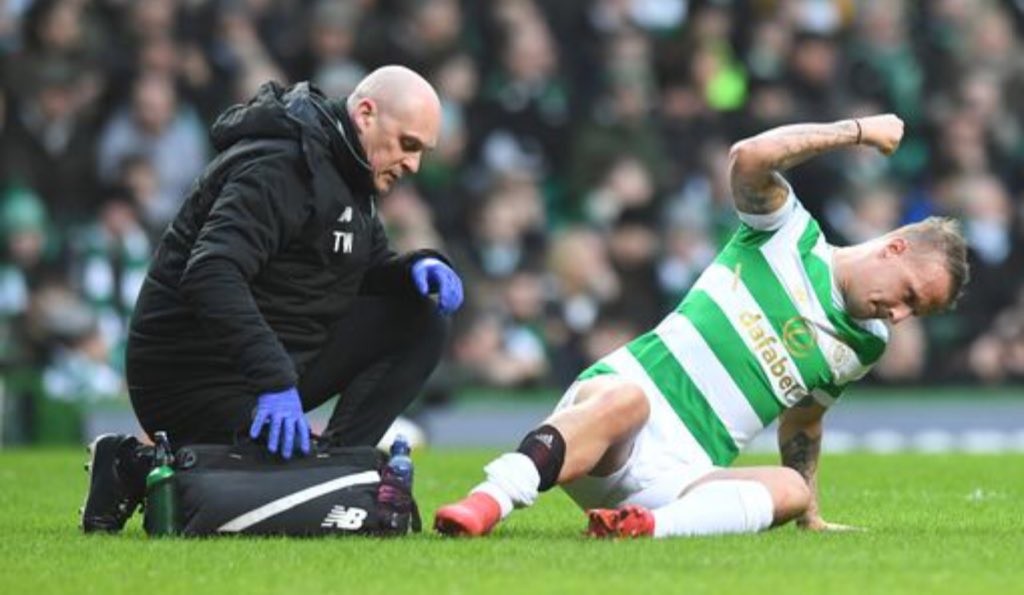 The champions play Zenit St Petersburg in the Europa League on February 15 before the return in Russia a week later and Rodgers does not expect to have either available.

He said: “Both are struggling. It looks like Leigh’s calf and he has had issues with them.

“Craig looks a bit more serious in terms of his knee. We need to have a look at that in the scan so it looks like he could be out for a period of time.

“I think Efe’s weight maybe twisted his MCL (medial collateral ligament) so we will see how that is.”

Asked about reports linking the Hoops with a loan move for Chelsea midfielder Charly Musonda and a bid for Dundee defender Jack Hendry, Rodgers said: “There are no further updates. They are both talented players, but both still at their respective clubs.

“We will see over the next couple of days and, hopefully, we can conform one or two signings which will be a great lift for the squad.”