Lennon also called for SFA chiefs to intervene after the new Pittodrie chief made an astonishing attack on the Norwegian defender.

Cormack took to social media to slam the player for his part in the Sam Cosgrove ordering-off and accused the centre-back of feigning injury to get the striker dismissed as his side went down 2-1 at Parkhead earlier this month.

He also had a go at Leigh Griffiths for a challenge on Lewis Ferguson.

Lennon had already stated he was unhappy with Dons manager Derek McInnes having a go at Ajer for “laughing and winking” in the aftermath of Cosgrove’s banishment.

Asked for a reaction to Cormack’s comments, the Hoops boss, speaking to the Daily Record, said: “It’s totally irresponsible and not factually correct. In my view, he’s telling lies.

“It’s absolutely embarrassing. I’m not having that at all. Kris is the victim in this and was on the end of a very heavy challenge. 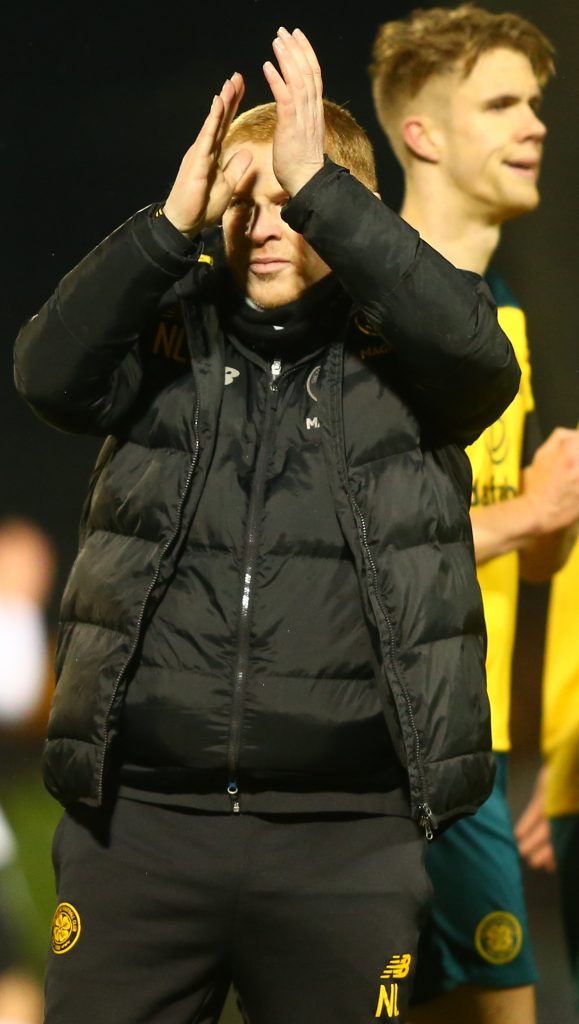 “There was no feigning injury, there was no play-acting. Kris is a model professional and I am not having someone from the Aberdeen board, or anyone else, talking about my players like that.

“First of all, it isn’t true. It’s a lie. Second of all, these things should be kept in-house.

“I’m not happy. It’s embarrassing for him to basically lie about my player’s actions. For a chairman or owner to come out and say something like that, we’re not tolerating it.

“I wasn’t aware of the timing. I saw it and it made me very angry because we’ve been very balanced about things. For him to come out and attack one of my players like that, it’s naive to say the least.

“We have been very balanced on the whole issue and have tried to play it down, but when you see comments like that coming out from the Aberdeen chairman, we are not tolerating it as a club and I’m not as a manager.

“I’m hugely disappointed. It’s an attack on my player and he has done nothing wrong. The comments are absolutely disgraceful.”