CALLUM McGREGOR insists Celtic will pull down the curtain on a memorable decade with a flourish.

The Scotland international midfielder scored the opener in the champions’ 2-1 victory over St Mirren in Paisley yesterday.

McGregor was on target with the breakthrough strike before James Forrest, with his first goal in eight games, doubled the advantage 10 minutes later to give Neil Lennon’s side their ELEVENTH successive Premiership win in their quest for nine in a row.

The triumph maintained a five-point lead for the Hoops side going into Sunday’s showdown against Steven Gerrard’s Ibrox outfit at Parkhead before the winter break.

McGregor, speaking to the Daily Record, said: “It was always going to be a tough game, so to come and win was excellent. You make the sacrifices on Christmas Day to do the job properly and we got the win which we’re delighted with. 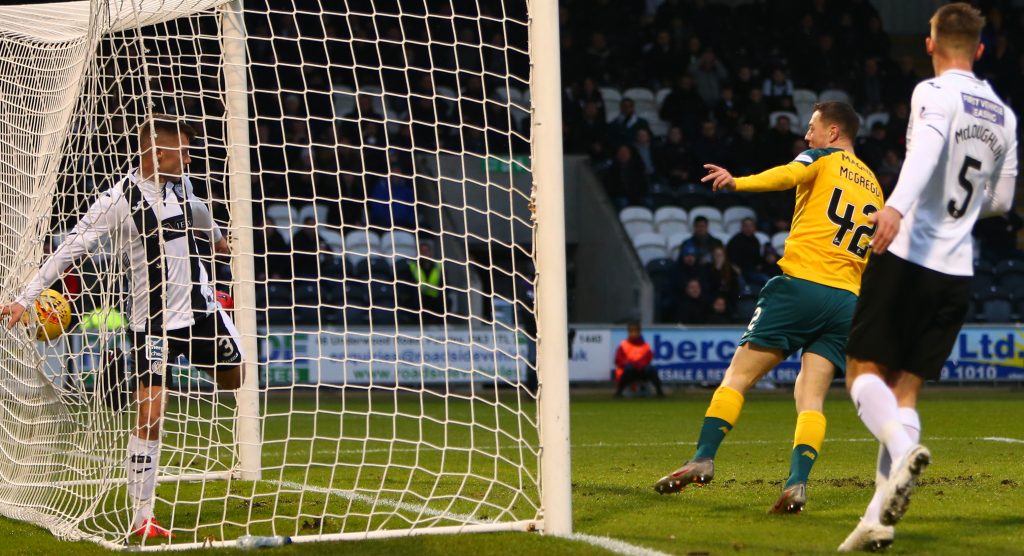 “We looked at the fixtures and at the last five before the break. We knew if we could win them all we’d be in a good place. We’ve done four, now we need to rest, recover and try to get that fifth one.

“We’re in a good place with a lot of wins in a row, so we’ve got that run going and we want to protect it. Derby games are special, so we won’t need any extra motivation.”

He added: “Odsonne is an incredible player and the forefront of our attack. We try to join in, he links the play and plays a great pass for Jamesy with great awareness.

“He’s much more than a scorer. He’s creative, can hold the ball, come short. He’s terrific. He’s such a platform for the team and also a big scorer for us, so to have him fit and starting will be a boost.

“He’s shown that in Europe, these games and Cup Finals. He’s always been the go-to man. we’re just desperate to keep him fit.

“I try to chip in as much as I can. I fluctuate between playing advanced and tucked in besides Scott Brown. Sometimes I’m not as far forward, so it’s always nice to get one.

“Jamesy’s delighted. Wingers and strikers always desperate to score so you could see it meant a lot to him. It was great to see him back on the scoresheet.”