THERE was a spell under Ronny Deila when Gary Mackay-Steven looked the likelier of the two lads who arrived from Dundee United to make it at Celtic. GMS was scoring some decent goals and generally impressing, one game at Celtic Park against Hearts springs to mind, while Stuart Armstrong looked ineffective, unimpressive and someone uninterested when he was given a chance to prove to his Norwegian gaffer that he was a left winger.

Someone would write a decent Celtic song about that later on in his Celtic story.

GMS and Stuart Armstrong had played together at Tannadice for 4 years and became great pals.

Their joint move to Celtic seemed to make sense, the two quickly found a flat together in the West End and at the end of their first season at the club, they were photographed with Celtic fans while on holiday in New York. 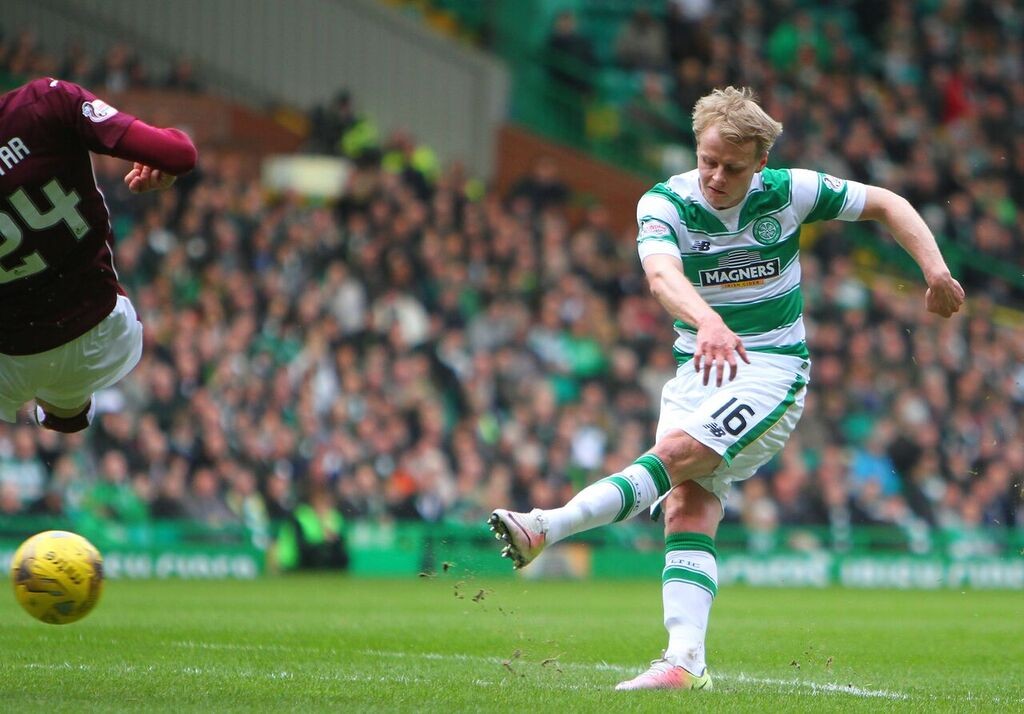 On Wednesday night they’ll share the unusual experience oaf being on opposite sides in the top of the table tussle at Pittodrie.

Armstrong spoke about his pal, who he calls Gaz, ahead of this hugely anticipated match.

“I think it was an important move for Gaz to make and I’m pleased it is working out well for him,” he said.

“Having played football with him for half-a-dozen years or so, I have seen what he can do and what he is capable of.

“He is a top-quality player, but everyone wants to play football regularly and he wasn’t always getting that with us.

“Up at Pittodrie he certainly has a chance to do that.

Mackay-Steven had plenty of offers to consider in the summer, but listened to Brendan Rodgers who had recommended that he join Aberdeen, largely down to his respect for the manager Derek McInnes. Rodgers even championed McInnes for the Scotland job at the weekend.

Armstrong is also impressed by Aberdeen, although he has plenty of happy memories of playing against them last season, including of course the Scottish Cup Final where Armstrong equalized in that never to be forgotten afternoon in the thunder and lightning. 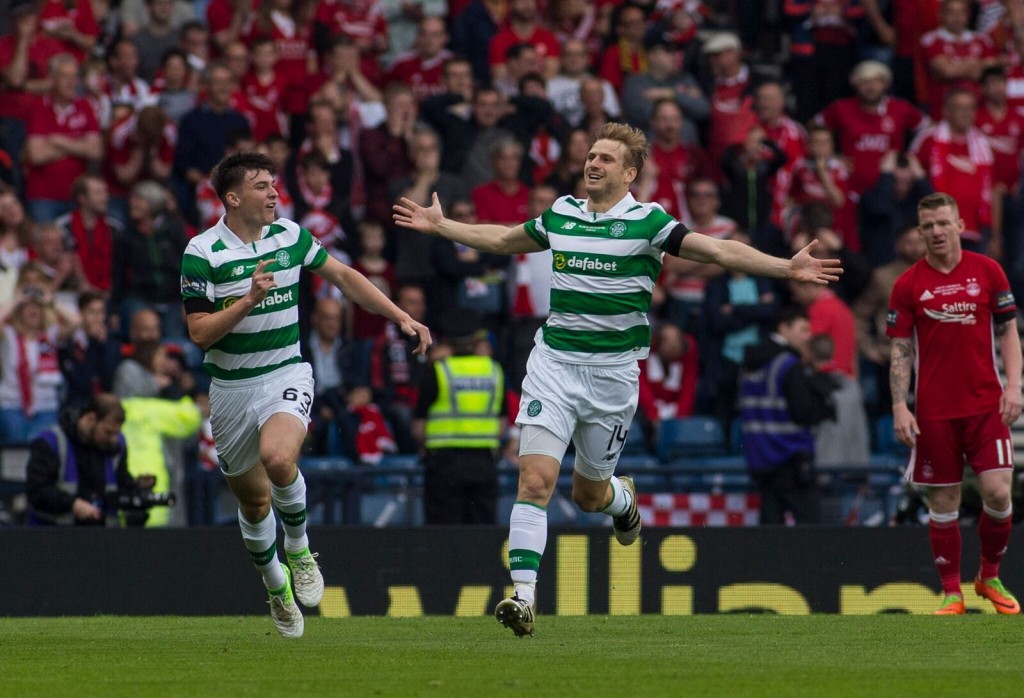 “They are a good side, Aberdeen. They have maybe had a couple of dodgy performances here and there but they are still right there with us at the top and they have a lot of good players,” Armstrong stated.

“Gaz scored the winner against Hibs at Easter Road at the weekend, and that is something he can take confidence from.

“I think it will be an interesting game.

“When we play Aberdeen at Pittodrie they are always really up for it. It is always tight and it is a physical battle as well.”