TOP prospect Ewan Henderson has agreed a new three-and-a-half year contract which will see him remain at Celtic until at least the summer of 2022.

The 18-year-old midfielder made his second appearance for the first team against St Mirren last week and impressed Hoops boss Brendan Rodgers.

Henderson was sent on for Ryan Christie in the 70th minute and made a swift impression as he set up on-loan Paris Saint-Germain attacker Timothy Weah for the champions’ fourth goal in the 4-0 triumph.

Following the kid’s cameo performance, a beaming Rodgers remarked: “Young Ewan Henderson, who I believe is a big talent, just needs maturation and experience, but you could see that talent with his beautiful pass that allows Timothy to finish. It was really good to watch.”

The gifted teenager, who made his first team debut against Kilmarnock last May, is delighted to sort out his future at Parkhead. 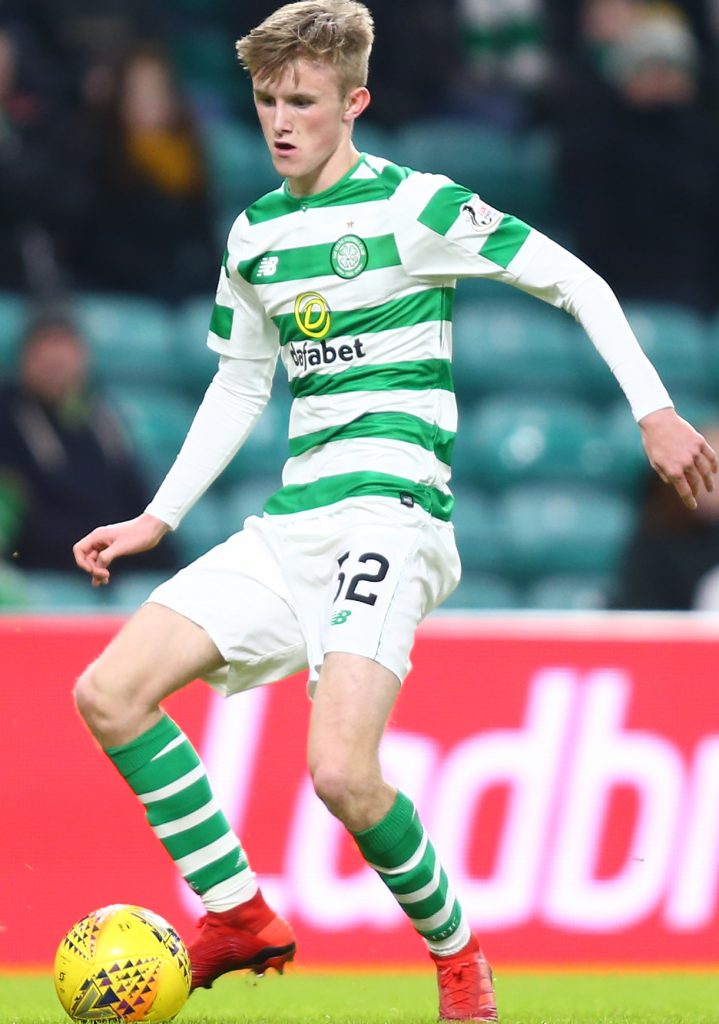 He said: “It was great to feature in the matchday squad again against St Mirren. I didn’t know if I’d get on and it was very much a case of just taking it as it comes and seizing my opportunity if it came along.

“I got the chance, and it was really good. It was a really good night all-in.

“At this stage, I’m just taking everything day-by-day. I’ll continue to work hard and to get chances in the first team. If I can get them, then I’ll take them. All I want to do is try my best.

“It’s really good, looking at players like Callum McGregor, James Forrest, Ryan Christie and Scott Sinclair. I look at how they play, and learn from them.

“They’ve done so much in their careers, they’ve played at the highest level, so it’s great to look at how they play and learn from the what they do.

“Looking at the players who’ve come through the Academy and are now in the first team, it’s really inspiring.

“They’ve all done incredibly well and they’re great role-models. It’s really good that they’re there and helps us keep focused.”

Ewan is the brother of former Celtic playmaker Liam who left the club in January last year for Serie B outfit Bari.

The 22-year-old midfield man moved again at the end of the season when the Italians went bust and he agreed a switch to Hellas Verona.

Prior to his shift to Italy, Henderson had a loan spell at Norwegian club Rosenborg and another temporary move to Hibs where he helped Alan Stubbs’ men to a remarkable 3-2 Scottish Cup Final victory over Rangers at Hampden in 2016.

* Henderson was speaking to this week’s Celtic View.