Celtic Quick News on News Now
You are at:Home»Latest News»HOWE CLOSES IN ON AGREEMENT
By CQN Magazine on 3rd April 2021 Latest News

EDDIE HOWE has agreed “in principle” to become the new Celtic manager.

The great guessing game is nearing a conclusion with the former Bournemouth manager about to agree a contract which still has a few clauses to be rubber-stamped.

Once the deal is finalised – with salary, length of terms, transfer budget and backroom team all sorted – the Hoops hope to make an announcement early next week, according to the Scottish Sun.

The appointment is just about the line for the 43-year-old well-respected coach who quit the relegated sout coast club at the start of August last year after eight years with the club, taking them from the third tier to the top flight. 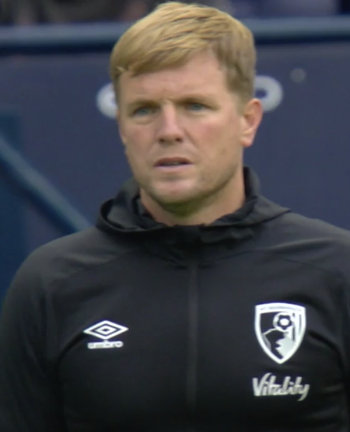 WATCHING AND WAITING…Eddie Howe is poised to seal Celtic switch.

Howe has been continually linked with Crystal Palace where veteran gaffer Roy Hodgson is under pressure. It is alleged he knocked back advances from Sheffield United following Chris Wilder’s sacking.

There were also reports Newcastle were showing an interest while Steve Bruce endures at torrid time on Tyneside, but he is being backed by club owner Mike Ashley to steer the team away from relegation.

Howe is in line to be the second best-paid Celtic manager in history, just behind £3million-per-year Brendan Rodgers.

The Englishman is also keen to bring in Bournemouth sporting director Richard Hughes, capped five times by Scotland. He is known to have Celtic leanings.

The Hoops will have to come to an agreement with the Vitality Stadium club to allow the recruitment specialist to quit the outfit.

Nick Hammond left a similar position at the club earlier in the week.

Mark Burchill, the former Parkhead striker, could also figure in the new backroom team as a chief scout.

* DON’T miss the unbeatable match report from Celtic v Falkirk this evening – only in your champion CQN.