THE Celtic fans did not disappoint Ange Postecoglou on Sunday.

And the new manager was happy the team did not disappoint the 24,500 supporters who were allowed into Parkhead for the 6-0 win over Dundee.

It was the first time a restricted number of Hoops followers could cheer on their favourites in the stadium since a 5-0 victory over St Mirren on March 7 last year when a near-capacity 60,000 witnessed Leigh Griffiths fire in a hat-trick, Odsonne Edouard add another while Callum McGregor brought down the curtain with an excellent penalty-kick in the fading moments.

No-one could possibly forecast what would happen next as the world practically came to a standstill during the coronavirus lockdown. 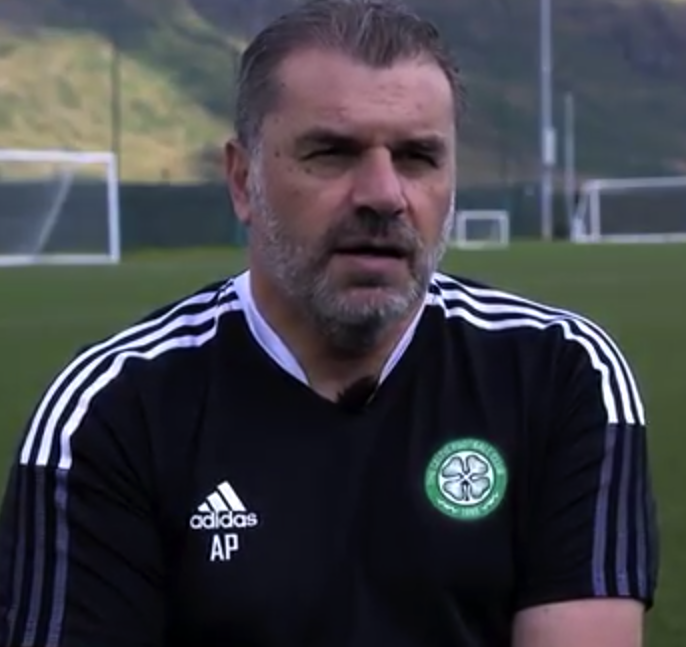 Postecoglou is clearly delighted the spectators have been given the green light with an enormous crowd poised to be in place for tomorrow night’s Europa qualifier against Jablonec following last week’s 4-2 first leg triumph in the Czech Republic.

New £4.6million hitman Kyogo Furuhashi scored his first goal for the club on his first start and followed that up with a sparkling hat-trick on his debut in the east end of Glasgow as the team routed the Dens Park visitors. The runaway success put a smile of the face of Neil Lennon’s successor.

Postecoglou, speaking to Celtic TV, said: “Anyone I spoke to who had any sort of experience of the football club told me the number one thing is the atmosphere and the energy generated at Celtic Park.

“Look, I feel pretty blessed that I’ve come in at a time when the crowds are slowly getting back in and it was great to have 25,000 there on Sunday. 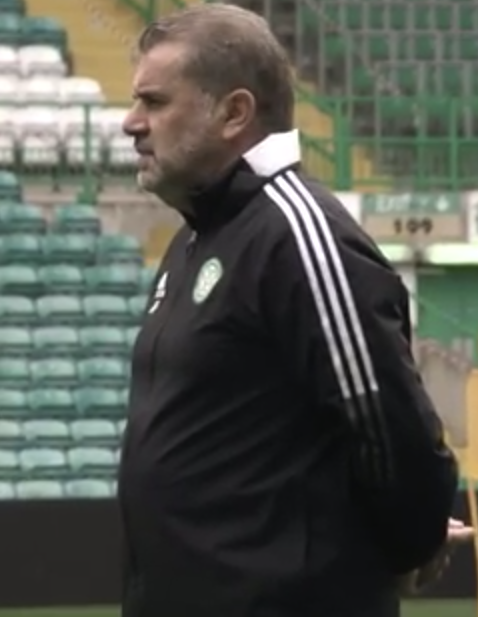 “As much as it was my first experience, it was even more special for the players who have been here and missed it last year.  They just felt again what it’s like to be a Celtic player and it was a great day all round.

“I think if you talk to the players, the disappointment of onfield aside, that was the missing ingredient, the missing bit of why players want to play for this football club and why it’s such a special place.

“I said before the game that the fans really are the soul of the club and when they’re not there there’s a massive disconnect with what it’s all about, so to have them back is great.”

Reflecting on the six-goal performance against James McPake’s decimated Tayside outfit, Postecoglou added: “We wanted to give the fans some hope more than anything else, because, yes, our supporters have missed being at the ground and supporting their club, but we wanted to give them a little bit more than that and I think the players did that.

“They gave them some hope that there’s something exciting around the corner and, hopefully, we can build on that.

HOME SWEET HOME…Celtic players and fans celebrate one of Kyogo Furuhashi’s hat-trick against Dundee on Sunday.

“I’m not one to set expectations because I’ve found in the past that sometimes you can exceed them and you feel a little bit disappointed that your expectations weren’t high to start with.

“I just said before the game that it was important we won, absolutely, because in the league you don’t want to lose too many games and lose ground, but, more important for me, it was a good performance of our football and that’s what I was hoping for.

“From that perspective it was everything I wanted us to be, not just because we won, but the manner in which we won and fact that until the final whistle there was an intent there to continue to play our football.

“So, it’s credit to the players that they’re willing to believe in it, invest in it and we had a good outcome.”

Postecoglou is now ready to become an even bigger noise tomorrow night.