Celtic Quick News on News Now
You are at:Home»Latest News»‘I LIKE TO RUN,’ MATCHWINNER AJER
By CQN Magazine on 17th February 2020 Latest News

GUTTED Derek McInnes meant it as a sincere compliment when he likened Kristoffe Ajer to a racehorse following the Norwegian’s late winner for Celtic over Aberdeen at Pittodrie yesterday.

Eighty-one minutes were on the clock and the game was tied at 1-1 when the defender embarked upon a lung-bursting 60-yard surge down the right wing to join in with the attack.

McInnes admitted he had been in awe with Ajer’s determination so late in the game to make such a breathtaking run to get on the end of a neat James Forrest pass before maintaining his composure at the crucial stage to clip the ball over outrushing keeper Joe Lewis.

It gave the champions another triumph that sees them sit top of the Premiership by 10 points from their nearest challengers with 11 games to go and the magical and record-equalling nine in a row on the horizon.

Twenty-one-year-old Ajer smiled at the thoroughbred reference from the Dons boss and told the Evening Times: “I like to run, so when I get the opportunity to attack I will.

“I saw James Forrest had the ball on the left side and with his quality, I knew he wouldn’t lose the ball.

“I screamed for the ball from the halfway line – and luckily I got it.

“It was a fantastic moment. We knew that Aberdeen were going to be tough. They made a fantastic game of it, they pressed us high, they made it difficult for us to play out from the back and they created some very good chances. They performed at a really high level.

“I knew that the goalkeeper is a really good goalkeeper and he was making himself big, so I had to lift the ball. I’m just happy that I managed to do that.” 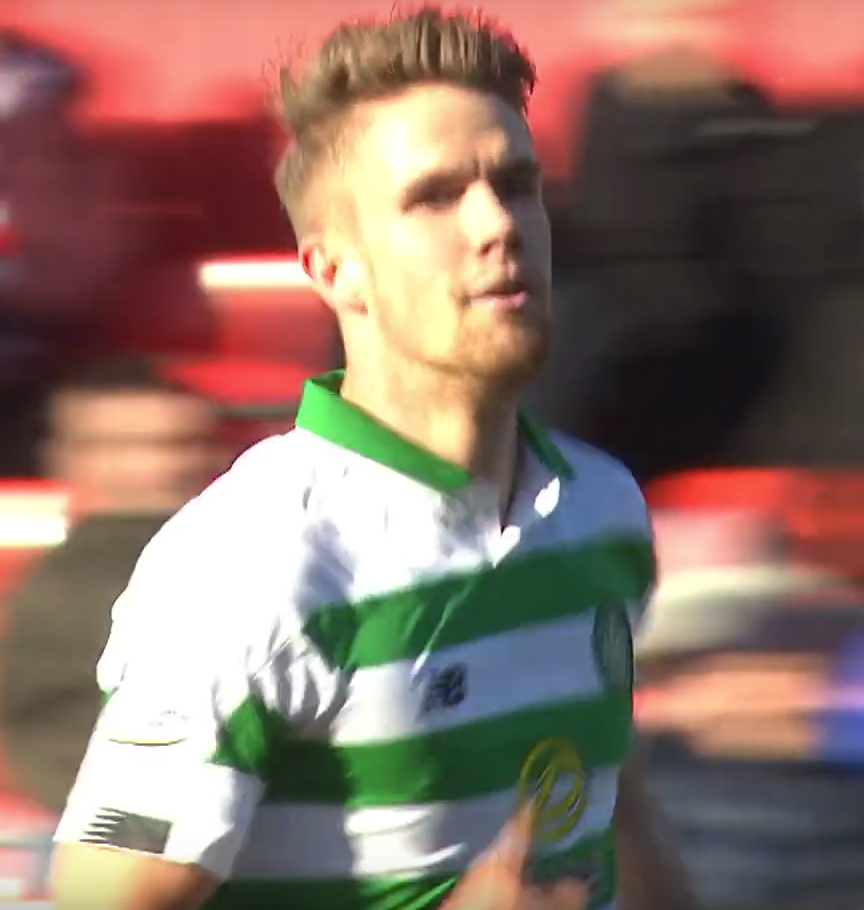 Ajer’s timely intervention came with the game delicataley balanced with the home side cancelling out Callum McGregor’s opener with a strike from defender Ash Taylor before the interval.

The Norse athlete added: “As a Celtic player, you’re never happy if you aren’t winning.

“We always have a mindset to win the game and, at 1-1, we changed the system to a back four to attack even more.

“Winning is always our target. On this occasion, it was all about the three points. We go away to a really tough fixture with the conditions and the dry pitch, we knew we had to play a little bit different.

“Aberdeen played their best performance against us, the way they pressed us and they way they played was really good.

“Of course, we play so many games from now until the end of the season.

“We go in Thursday in a difficult European game then we have so many tough league games coming up. We’re never getting carried away.

“That’s how it is to be a Celtic player, you have to win every game and that’s what we’re aiming to do.”

AJER AND HIGHER IN TITLE RACE