Celtic Quick News on News Now
You are at:Home»Latest News»‘I WAS IN A BAD PLACE,’ ADMITS SKIPPER
By CQN Magazine on 4th February 2022 Latest News

CALLUM McGREGOR revealed he “was in a bad place” when he sustained his facial injury and was forced to come off in the first-half of the Scottish Cup roughhouse at Alloa.

The Celtic captain missed the crucial Premiership encounters against Hearts at Tynecastle and Dundee United, both games ending in odd-goal wins for the Hoops.

McGregor, though, returned to the action and played a significant role in the 3-0 victory over Giovanni van Bronckhorst’s visitors at a rocking 60,000 sell-out Parkhead in midweek.

The 28-year-old influential midfielder wore a protective mask as he completed the 95 minutes of a stirring confrontation with a double from Reo Hatate and another from Liel Abada giving Ange Postecoglou’s side an uncatchable half-time advantage.

DOWN AND OUT…Callum McGregor is grounded after his facial knock against Alloa.

Despite the cheekbone damage, McGregor led the players in their thank-you to the fans as the team moved to the Premiership pinnacle for the first time this season, leading by a point with 14 outings still to be confronted.

The Scotland international anchorman, however, admitted: “There’s a break in two places. We just need to let it heal and take its course. It’s been pretty sore.

“You take injuries in football, that’s what happens. I’ve got the mask that gives it the protection it needs, so we’ll just let it heal and keep taking it day by day.

McGregor confirmed: “When I came off [at Alloa], I was in a bad place.

“The medical team got me seen pretty quickly and then it was just a case of waiting for it settling down. 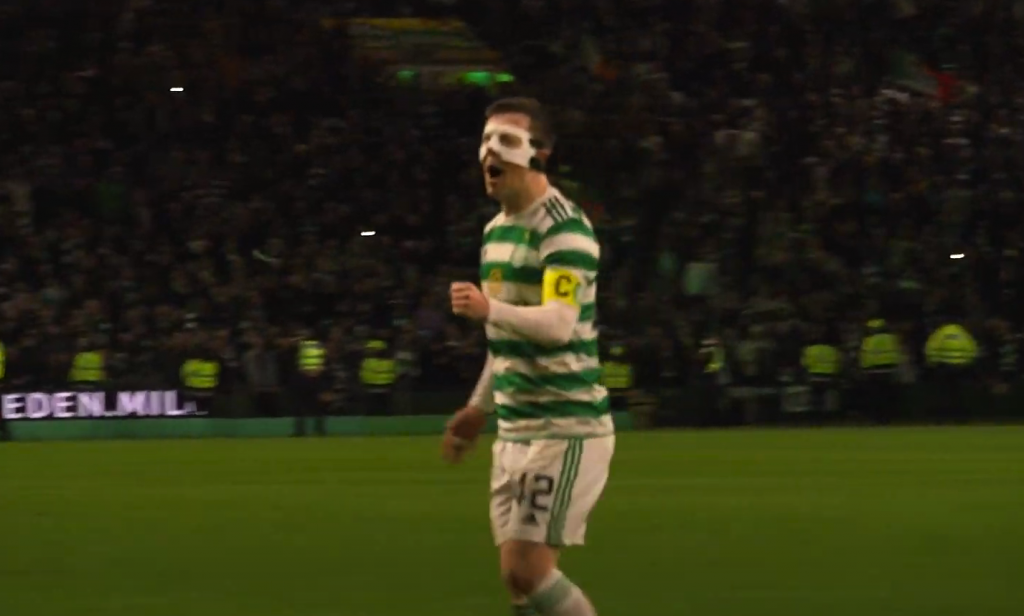 MASKED MARVEL…Callum McGregor celebrates at the end of the 3-0 derby triumph.

“There was a lot of swelling obviously – you’ll have seen the pictures and everything else – but I’ve just been trying to rest up as much as possible and do the right things.

“My family has supported me really well, and when I had half a chance to play in the game, I was more than happy to do that. I’m just happy we managed to get the win.”

McGregor refused to accept any kind of hero status and, speaking to the Daily Record, added: “I know that every single one of them (the fans) would play with a broken face if they had to, so why am I any different?

“You know the situation, but when the game starts you just go into that mode where you don’t have any fear.

“The atmosphere, the adrenaline, everything is going and you just want to help the team.

“I just wanted to do everything that I could to get myself on the pitch and help the team and do that for the supporters.

“It’s been a while since we won one, so it’s good to get that out of the way. 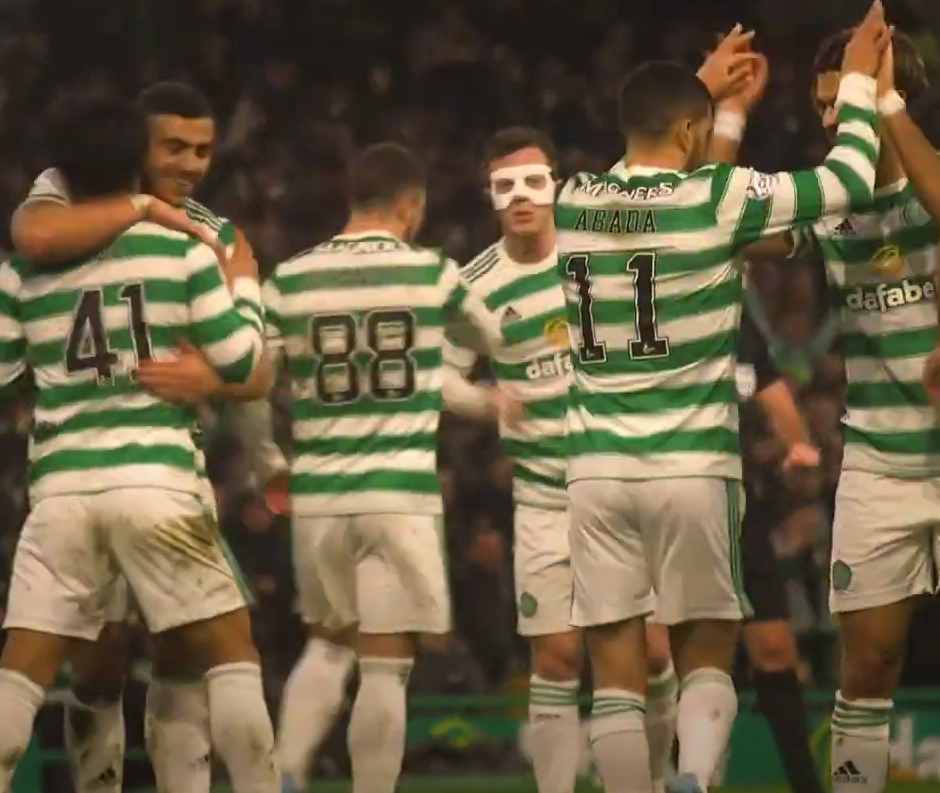 MAN IN THE MASK…Callum McGregor and his victorious team-mates display their joy at the end of the 3-0 win. 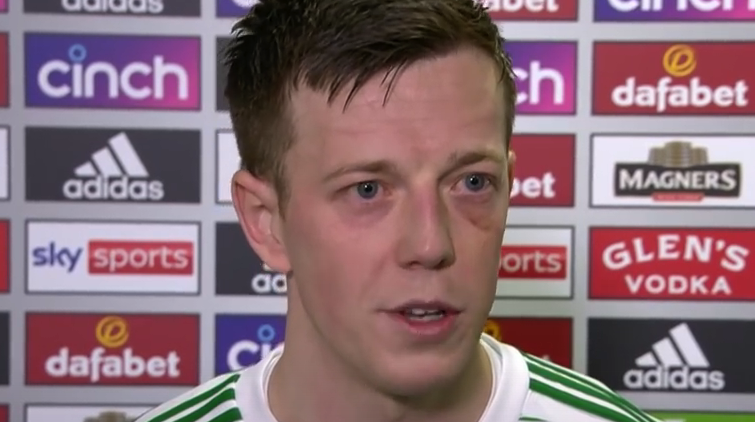 FACE IT…Callum McGregor’s damage is obvious as he talks to Sky Sports after the game.

“Taking everything aside, we knew we had to go and perform and do what the manager is asking us to do every single week, regardless of whether it is Rangers, Motherwell, Aberdeen or anyone else.

“I think we know we have that type of performance in us. We’ve been dominating games pretty much since the start of the season.

“Over the last little period we’ve probably not been as ruthless in terms of taking our chances and even if you think back to previous games we’ve done a lot of good work, but just not been putting the ball in the back of the net.

“We knew that if we could get an early goal then the momentum changes in the game, the crowd get involved and the whole thing can snowball from there. That’s the way that it panned out, the way we wanted to take the game to them.

“The early goal was perfect for what we wanted.

“We then created another few chances and the two quick goals before half-time sort of killed the game for us.

“I thought everybody played their part, and I want to give a special mention to the supporters. They were absolutely first class and the team fed off that brilliantly.”