TWO-GOAL Reo Hatate helped Celtic to a 3-0 success in the Glasgow derby in midweek – but now the Japanese new Bhoy is aiming for another double.

The hard-working and gifted midfielder is aiming to mark his bargain £1.7million move from Kawasaki Frontale to Parkhead by inspiring the the team to a Premiership title AND Scottish Cup in his debut season.

Hatate arrived on Hogmanay as part of Ange Postecoglou’s daring three-man swoop on the J-League along with striker Daizen Maeda and anchorman Yosuke Ideguchi. 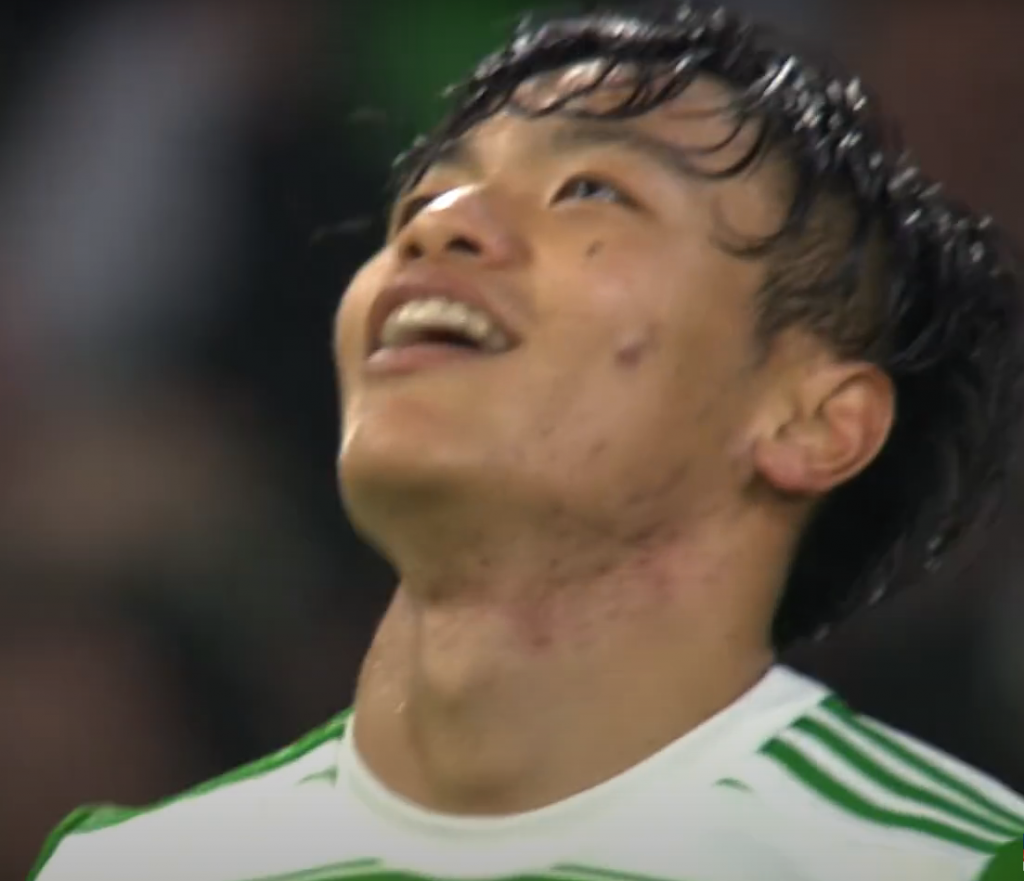 PARADISE…a delighted Reo Hatate lookes to the skies after the second of his double strike against the Ibrox outfit.

The 24-year-old all-rounder made a fabulous first impression with a Man-of-the-Match performance on his debut against Hibs at Parkhead 18 days ago when fellow-debutant Maeda scored inside four minutes in the Hoops’ 2-0 win.

Unfortunately, Ideguchi, who came on as a second-half substitute against Shaun Maloney’s men, wasn’t so fortunate on his first start when he had to be helped off in the Scottish Cup victory at Alloa following a reckless follow-through challenge by Muhamed Niang.

Asked about his ambitions, Hatate, speaking on a quickfire Q&A session of Celtic TV, answered: “Of course, with this team I’d like to win the league and Cup.

“We want to participate in the Champions League and have good results with Celtic.” 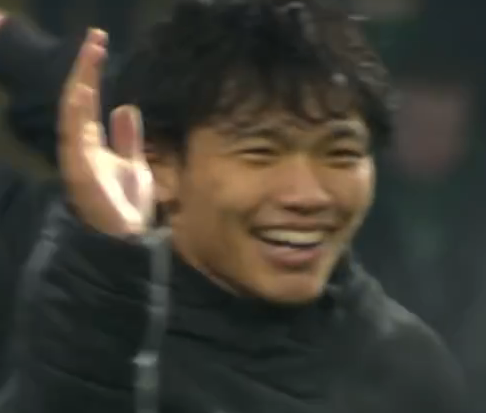 Reflecting on his first game in the east end of Glasgow against the Easter Road outfit, the player responded: “On my Celtic debut, to play in front of 60,000 supporters, especially when the game just began, I felt goosebumps and got emotional.”

Asked what is a perfect day off, he replied: “I don’t like to take rest. If I have time, I like to read books and watch movies.”

No-one would be surprised by the first part of that answer, especially after his whizzbang effort against Hearts at Tynecastle followed a week later with his double success against Giovanni van Bronckhorst’s side at a packed Parkhead when he fired in the opener in the fifth minute, netted a superb second and set up the third for Liel Abada just before the interval. 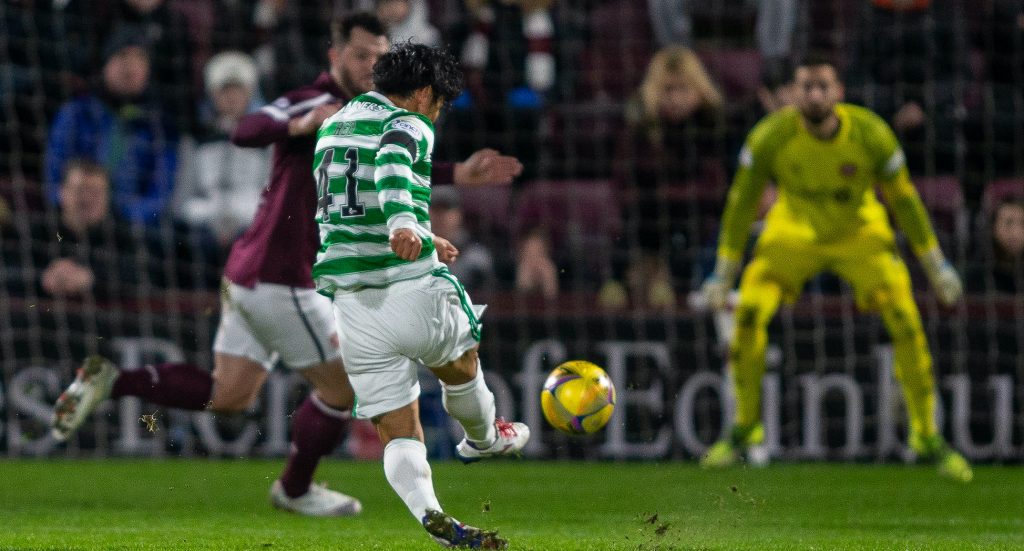 MASTER BLASTER…Reo Hatate thumps in the opener in the 2-1 win over Hearts at Tynecastle.

There was no way back for the visitors as Postecoglou’s new-look side – with NINE of his signings in the starting line-up – shot to the Premiership pinnacle to lead by a point with 14 games to play.

First up is the visit to Fir Park for the meeting with Motherwell in Sunday’s 1.30pm kick-off.

Of course, if Hatate gets his double wish it will mean Celtic will have claimed their FIFTH domestic silverware clean sweep in six years after the phenomenal quadruple treble which was interrupted by last season’s alarming and inexplicable loss of form.

His countryman Kyogo Furuhashi scored both goals as the Hoops overcame Hibs 2-1 to claim the Premier Sports League Cup in December.

One down, two to go.