Celtic Quick News on News Now
You are at:Home»Latest News»‘I’M A MUMMY’S BHOY,’ ADMITS KOUASSI
By CQN Magazine on 27th January 2017 Latest News
MUM’S the word for new £2.8million Bhoy Eboue Kouassi as he prepares for life as a Celtic player.
The 19-year-old Ivory Coast midfielder’s fledgling career has taked him to Armenia, Russia and now Scotland – and his mother Florence has been by his side each step of the way.
Such have been the sacrifices for the Kouassi family for the youngster that his siblings have had to cope with an absent parent after remaining with dad Nester in the town of Abidjan.
Kouassi admitted: “It’s difficult, but it’s not as difficult as many people may think.

“Throughout my career so far, my mum has always been with me.

“Mum lives with me and she travels everywhere with me. So, yes, it’s difficult, she’s not in Glasgow yet, but is arriving soon.

“I’m very aware it’s a huge sacrifice for her because I have one brother, Beranger, and one sister, Maurette, and it’s not easy for my dad, he is on his own with the kids.

“But my aunt is helping, making sure things are okay back in Abidjan.

“My mum plays a significant role in my decisions about where to go.

“We have had offers from different clubs and I speak to her and what she basically always says is: ‘Son, do the best for you as a footballer and I will pray for you’. 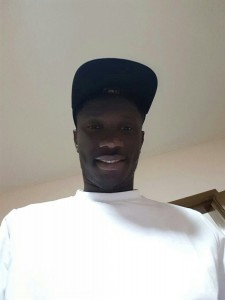 “I am away from the family, but the family comes with me.

“When I go back home after my day and dinner is ready. Everything is perfect and she’s a great cook.”

Kouassi also revealed he is now fully recovered from a malaria scare after spending a day at Glasgow’s Queen Elizabeth University Hospital.

Just days after making his switch from Russian side Krasnodar, tests revealed a mild form of the virus, but Kouassi insisted he’s back to full health.

He said: “Everything is fine just now, I’ve started to train again and I feel really good. No problem.

“I was unafraid. I just felt quite tired. It’s okay.

“Maybe it’s knocked me back a little. It has delayed things a little, but I am not worried. I have started to train again and it’s going to take a bit of time.

“I’m happy and I am patient. There is no rush for games.”

He continued: “Why did I choose Celtic? Well, Celtic is a big club, it’s got a lot of history. So, it was a fairly obvious decision to come here.

“I am not going to lie to you, I’m a young player. I know of Celtic, I have read a bit about it, but I’m not a specialist in the history of Celtic, obviously.

“I wouldn’t say I’m really surprised Celtic signed me even though I hadn’t been in Russia for long.

“I think they saw the potential in me.”

Having been granted a work permit and agreeing a four-year deal, Kouassi is happy to have fellow-countryman Kolo Toure for company in the Celtic dressing room.

The youngster revealed he didn’t sound out the Ivory Coast icon immediately when a move to Celtic was mooted, but when he did pick up the phone, the advice was loud and clear.

Kouassi added: “He was very positive and, basically, told me to just come to Celtic, knowing that other teams were interested.”

The player also made sure the Celtic kit designers got his name the correct way round on the back of his new No.88 shirt.
It was assumed Eboue was his surname, but, as he proudly held aloft the Hoops top, he said: “This is the right way.”