OH my daze! The Jeremie Frimpong roadshow hit the east end of Glasgow yesterday as the little Dutch gem made another sparkling appearance for Celtic.

The right-back has been a revelation since he made his first-team debut in the 5-0 Betfred League Cup quarter-final win over Partick Thistle in September.

He caught the eye again with a virtuoso performance in the 2-0 triumph over Hibs that had boss Neil Lennon purring, team-mates applauding, a near-60,000 crowd spellbound and Easter Road defenders driven to distraction as he opened the scoring and put in an all-round dazzling display as the champions maintained their two-point lead at the Premiership pinnacle in their quest for nine in a row.

At 5ft 4in, there might not be a lot of the 19-year-old Amsterdam-born kid, but he knows how to grab everyone’s attention, that’s for sure.

Next up, it’s Hearts at Tynecastle on Wednesday and if Frimpong gets the nod, you just know it won’t be dull.

He enjoyed himself at the weekend and, as ever, CQN‘s ace lensmen were there to capture the action. Here is the picks of the pics.

MARK OF RESPECT…Celtic and Hibs players in a minute’s applause for former right-back Ian Young who passed away during the week. 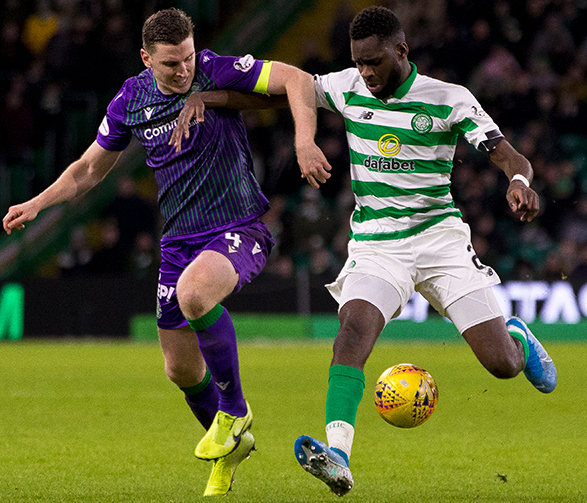 BRUSH OFF…Odsonne Edouard in a tussle for possession. 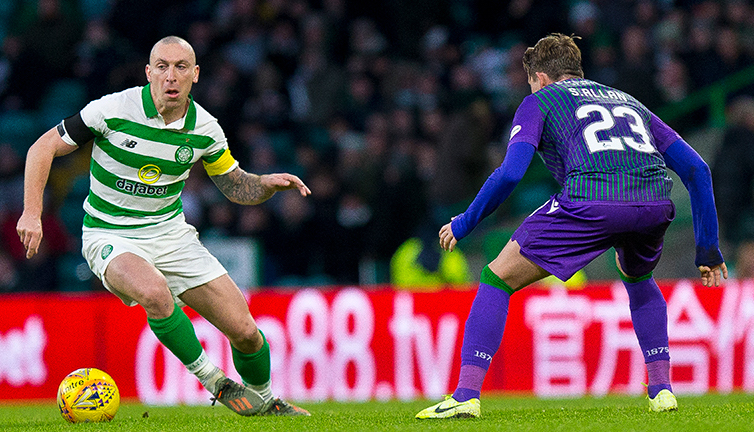 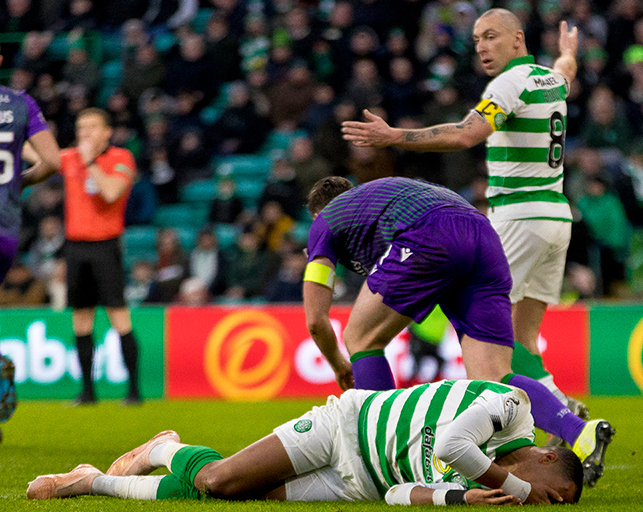 OUCH…Christopher Jullien writhes in pain after taking a sore one as Scott Brown looks on. 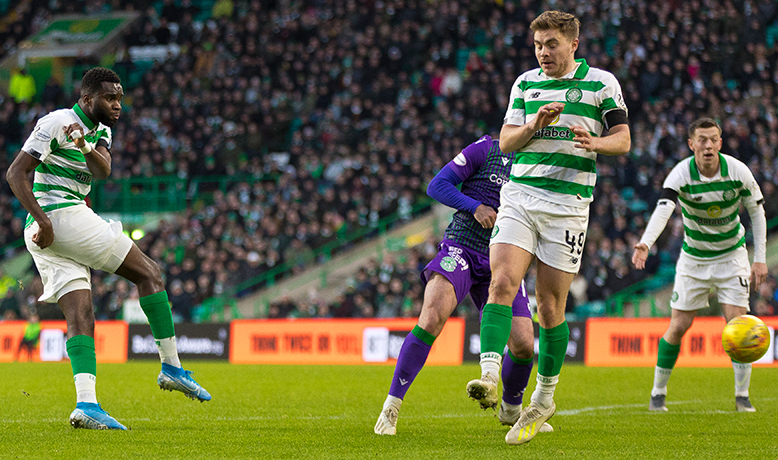 BY THE RIGHT…Odsonne Edouard fires in a drive with James Forrest and Callum McGregor in attendance. 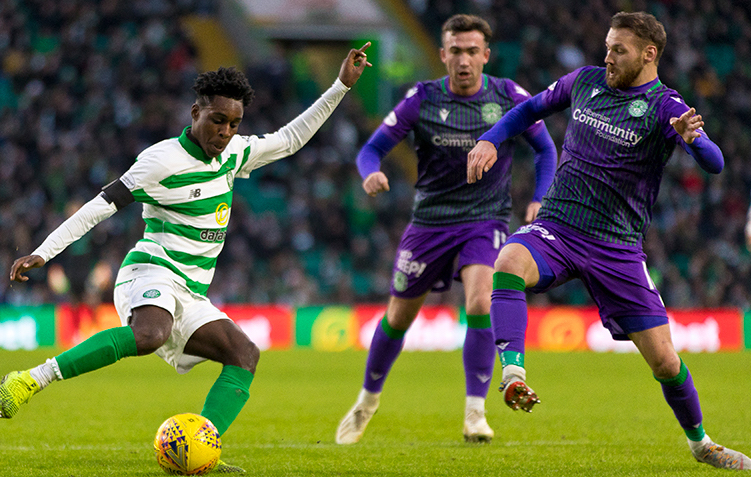 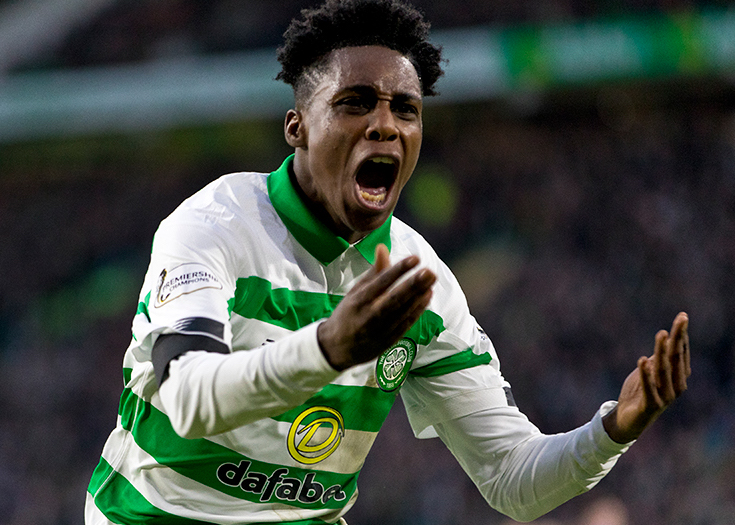 DUTCH TREAT…Jeremie Frimpong celebrates opening the scoring with his first goal in Paradise. 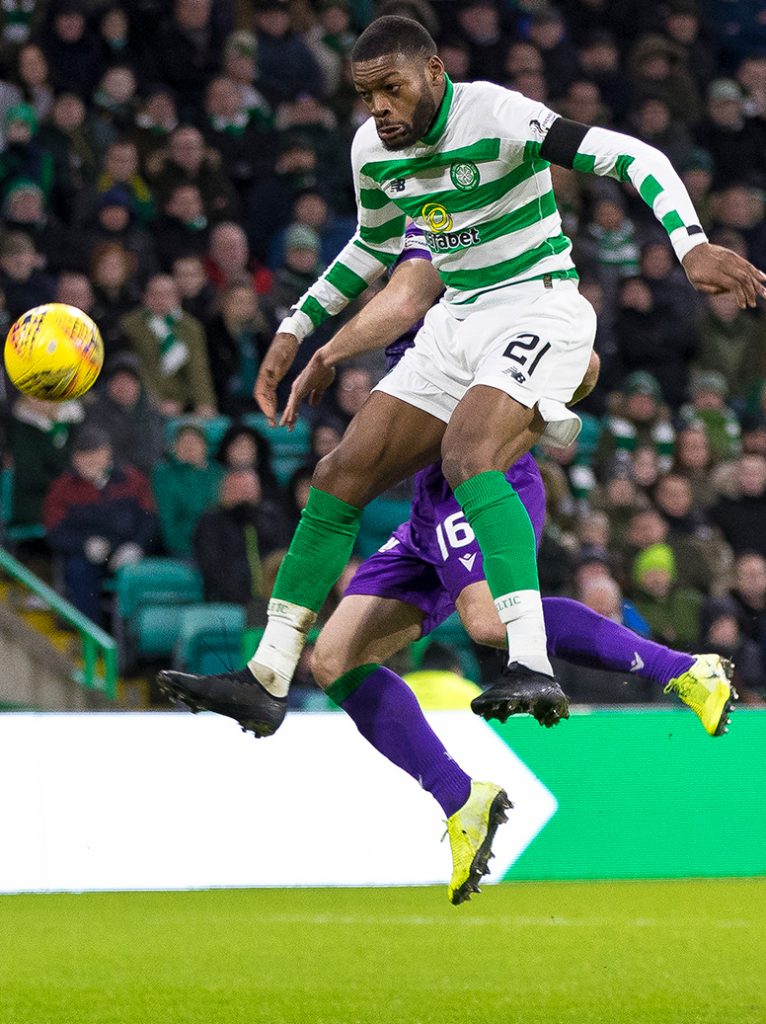 UP AND AT ‘EM…Olivier Ntcham gets involved in an aerial duel. 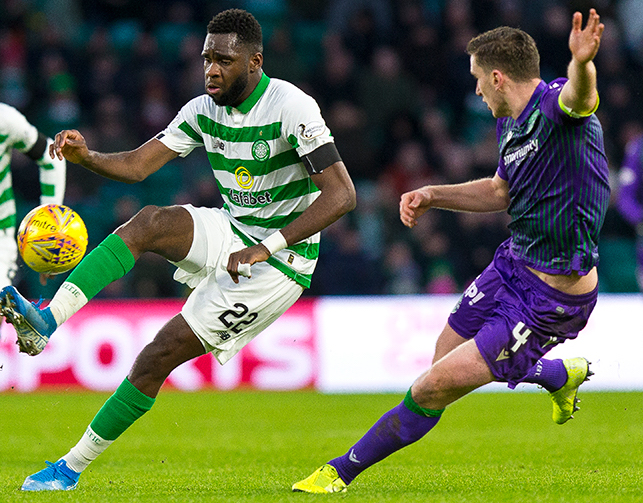 FOR MY NEXT TRICK…Odsonne Edouard bewilders a Hibs defender. 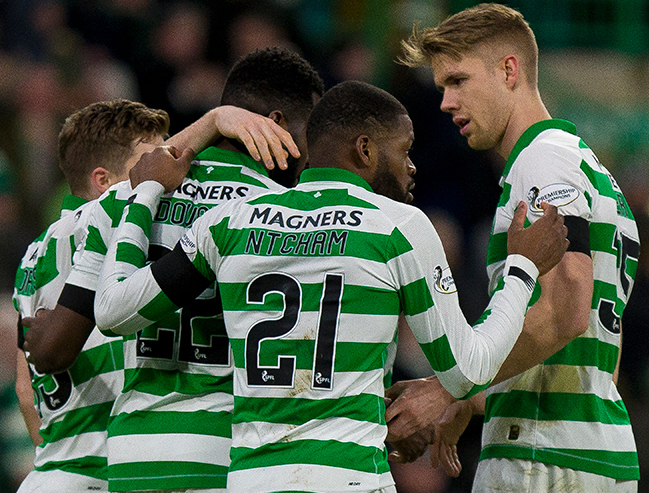 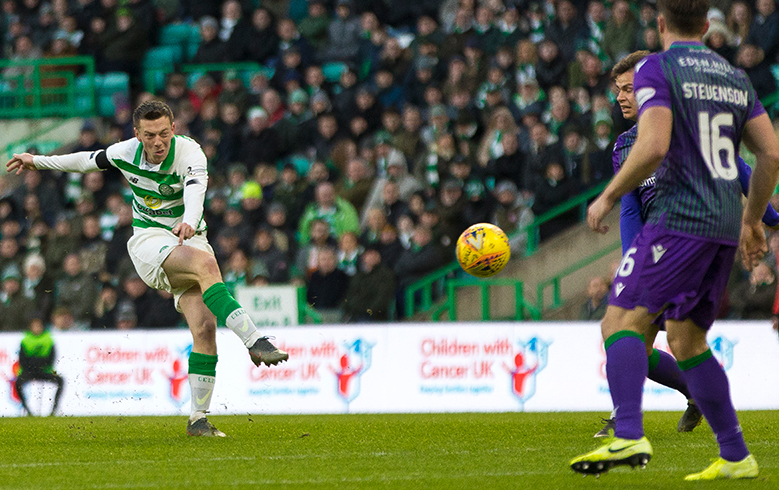 SO CLOSE…Callum McGregor thinks of what-might-have-been as his effort edges just wide.

NICK OF TIME…Hibs midfielder Melker Hallberg just nudges the ball away from Odsonne Edouard as Ryan Porteous looks on. 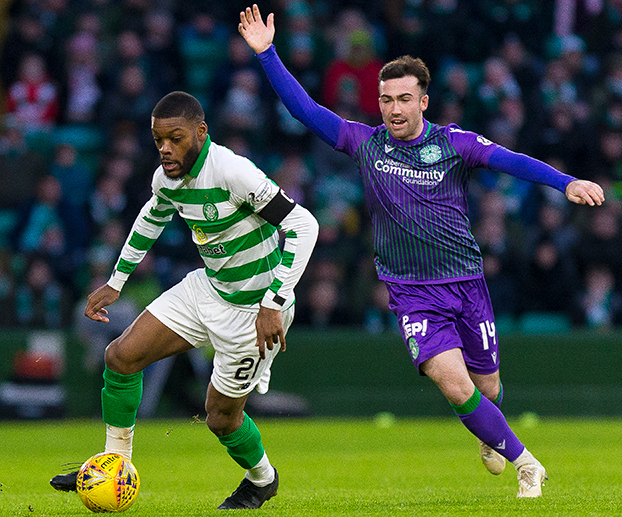 ON THE MOVE…Olivier Ntcham races away from Hibs’ Stevie Mallan. 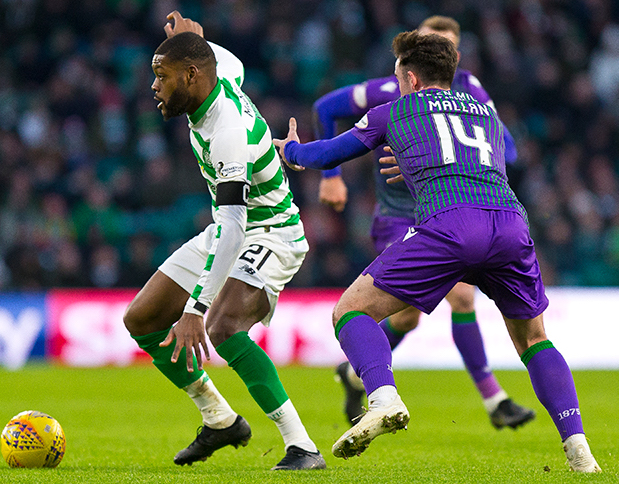