TIMOTHY WEAH has cleared up the mystery as how he ESCAPED a booking after celebrating with the Celtic fans following scoring the second goal in the 2-0 win over St Johnstone yesterday.

James Forrest, who claimed the opening strike just 11 minutes earlier, was yellow-carded by referee Willie Collum for sharing the joy with the visiting supporters at McDiarmid Park.

Weah, who set up the first goal for the winger, then pounced to slam in the second in the 89th minute to make sure the champions had restored their six-point lead at the top of the Premiership.

The 18-year-old American international, on loan from Paris Saint-Germain for the remainder of the campaign, did EXACTLY the same when he raced to the Hoops followers following his strike, his third for the team.

Remarkably, though, there was no retribution on this occasion from the match official. 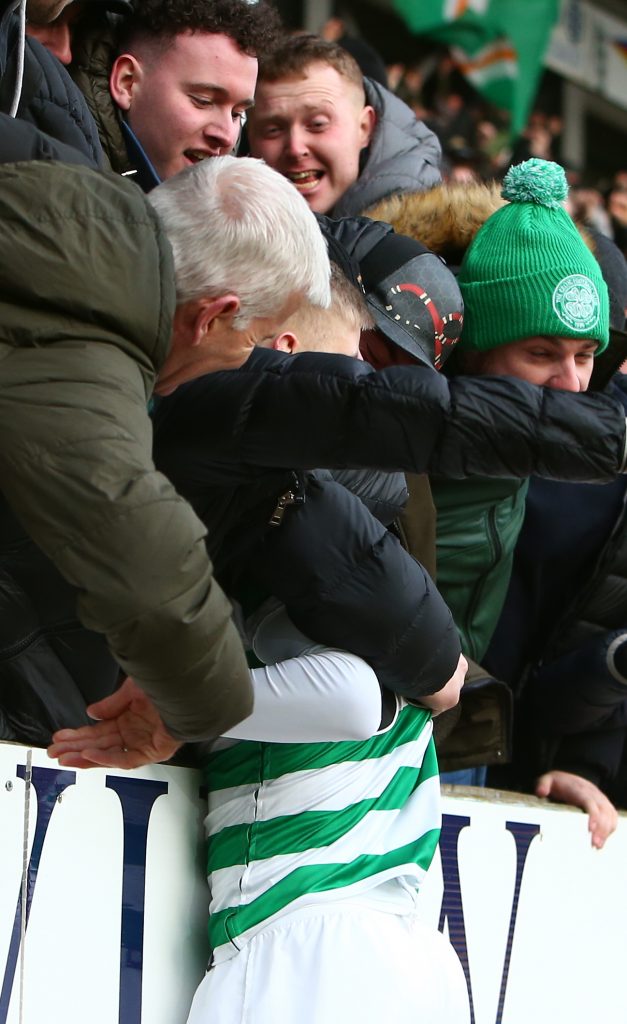 CROWD-PLEASER…Timothy Weah celebrates with the fans after his goal. 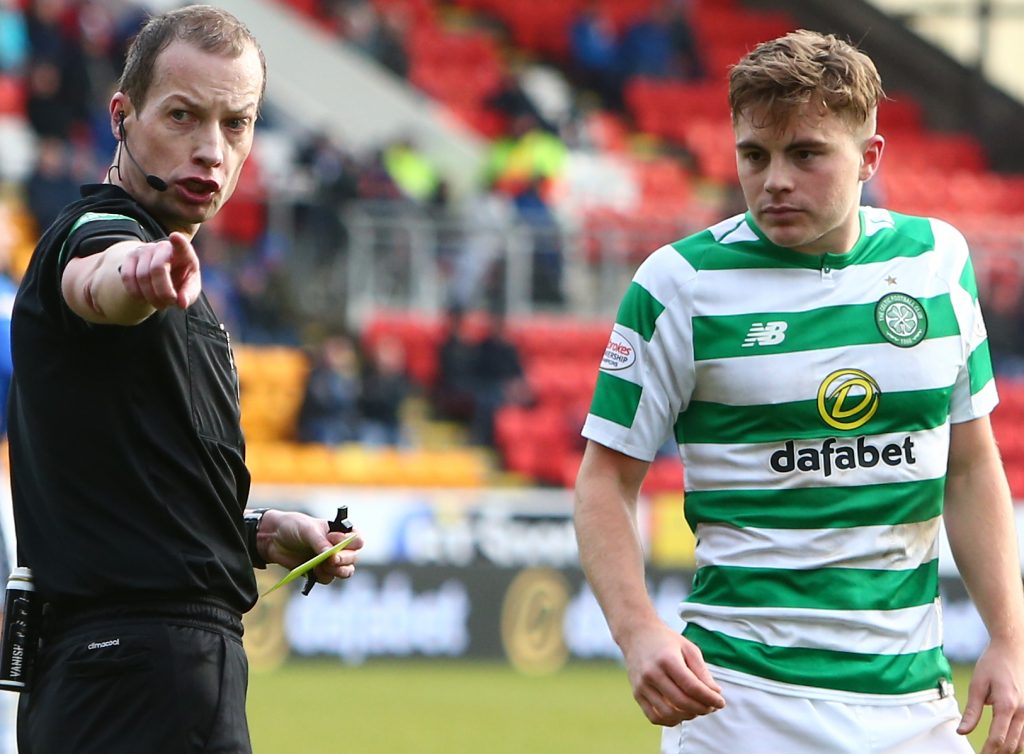 Weah, who presented his jersey to a young fan at full-time, revealed that Collum explained the difference was that the Celtic fans stayed on their feet during his celebrations.

Police did get involved after Forrest left the pitch which caused a surge in the crowd and Weah smiled: “I bet James is wondering why I didn’t get booked.

“I noticed James had been booked for doing the same thing and I thought he was going to book me, too, but that’s life.

“The referee told me that he would have given me a yellow card, but the fans didn’t fall over and told me to be careful the next time.

“It’s weird. I thought the ref was coming over to give me a card, but he said the fans didn’t fall over, so I got away with it.

“But I have to say that the goal and celebration would have been worth a booking, 100 per cent.

“For me, the fans come all this way to support us and I feel the least I can do is go and celebrate the win with them.”