Celtic Quick News on News Now
You are at:Home»Latest News»‘JOHN CAN BE HOOPS HIT,’ EFE
By CQN Magazine on 6th July 2018 Latest News

FORMER Celtic defender Efe Ambrose insists John McGinn could handle the pressure at the champions – if he quits Hibs for Parkhead.

Brendan Rodgers’ men had a £1.5million bid knocked back for the Scotland midfielder at the beginning of the week.

Ex-Nigerian international Ambrose spent five years at the Hoops and enjoyed success by claiming six major honours and playing in the last 16 of the Champions League.

He said: “I think John can make the step up. He has the quality and the ability to succeed at Celtic. If he does get there then he will need to battle for his place because it’s not easy at a club like Celtic. 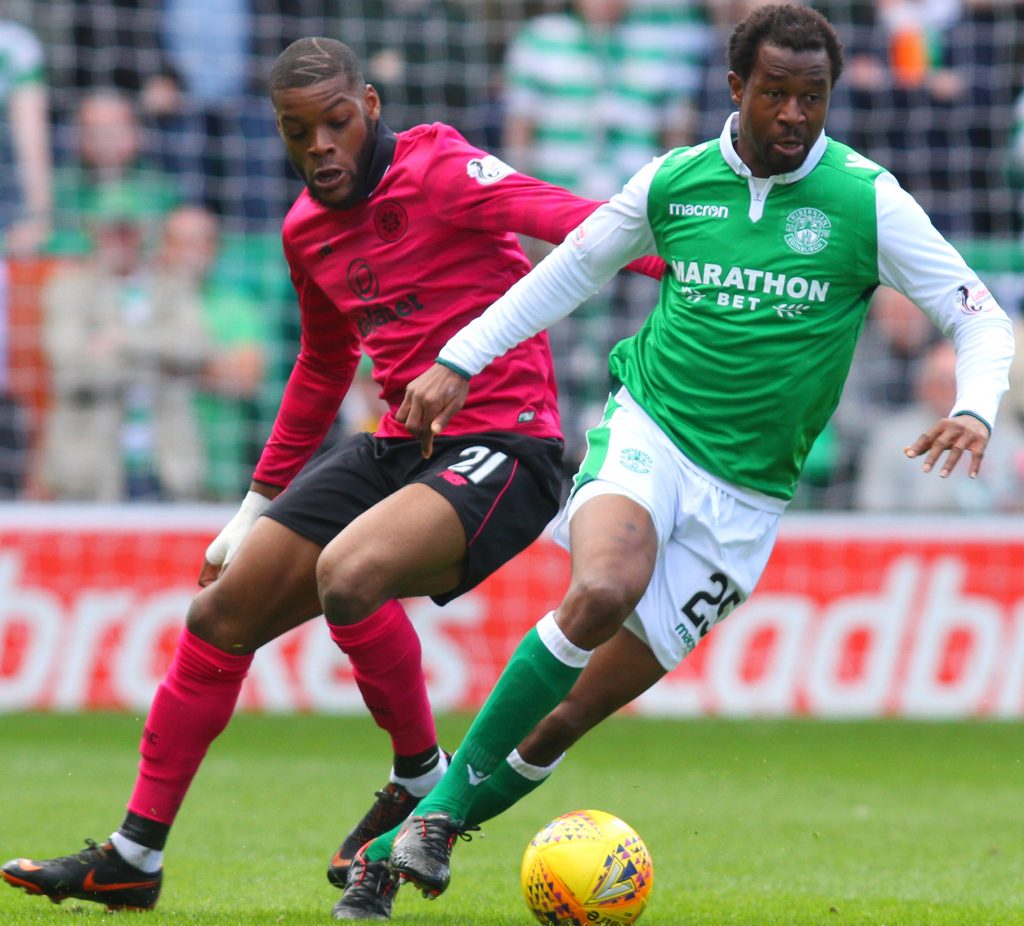 ON THE BALL…Efe Ambrose clears the danger from Celtic midfielder Olivier Ntcham.

“There are quality players all around you and they will all want to play. Celtic is a place that comes with huge responsibility and the fans are special. If he does join them, then that is just football and we would wish him well.”

Ambrose, 29, added: “I am not surprised to see Celtic come in for a player of John’s quality. The most important thing is he  has done so well for this club and has helped put us in the position we are in today.

“It’s a big compliment to Hibs that Celtic are looking here for players. When you are doing well people look at you and this squad did well last season.”

The Edinburgh side are now bracing themselves for a second offer from the seven-in-a-row title-winners for McGinn, who is out of contract next summer.