Celtic Quick News on News Now
You are at:Home»Football Matters»‘JUST CAPITAL! WHAT A PITY ABOUT TV BLACK-OUT,’ RODGERS
By CQN Magazine on 24th February 2017 Football Matters
CELTIC boss Brendan Rodgers watched possible Scottish Cup opponents Hibs overcome Premiership Hearts in a rousing Scottish Cup replay at Easter Road on Wednesday.
Neil Lennon’s side won 3-1 to set up a home quarter-final meeting against Ayr United a week tomorrow with the Hoops due to play St Mirren at Parkhead 24 hours later.
Rodgers was delighted to have a front row seat at the Edinburgh derby, but the champions’ gaffer admitted he felt sorry armchair fans were left staring at blank TV screens. 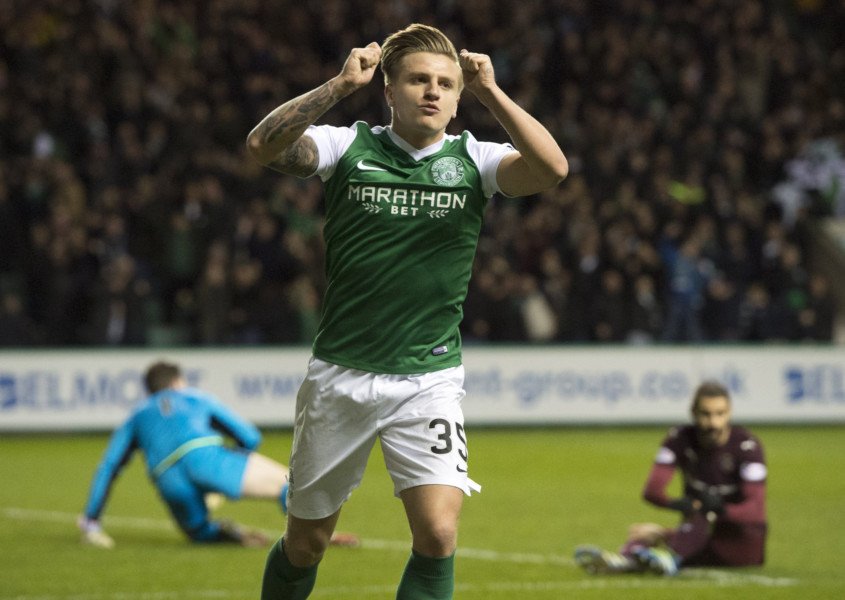 The Irishman was part of the 20,000 full house in Leith, but the rest of the nation were denied the chance to witness the action due to UEFA’s strict rules on live games clashing with their European fixtures.

Rodgers said: “The occasion was great. I was interested to go and see the game because we could get one of the teams as opponents.

“I wanted to ensure I’d seen Hibs close up to get a feel for them, in case we meet them at some point.

“I also wanted to take in the occasion, which was a wonderful one.

“All derby games are really special. Down south, people may not be as appreciative because there are so many games.

“But it’s a game up here you can be very proud of.

“There was real passion in the game with good intensity. I thoroughly enjoyed it.

“It was a shame it wasn’t televised. I didn’t see the last game, but by all accounts it wasn’t the greatest.

“But this one was. There were quality goals and good chances created in a brilliant atmosphere.

“I think if it had been on TV, it would have been a nice advert for Scottish football.”
Get TWO great Celtic books for the price of one and both will be signed by the Celtic stars of the past. Order Andy Lynch’s brilliant Hoops Stars and Stripes, one of the Scotsman’s sports books of the year, and you will receive a signed copy of Charlie Gallagher? What a Player! by David Potter. Both Andy and Charlie have signed their books for you. Order now at HERE or click on the ad below.