CELTIC teen ace Karamoko Dembele admits there have been “problems” as he attempts to play his first game of the season.

However, the Hoops winger is also promising to be “back on the field soon” as he fights back from the injury he sustained in a pre-season game against Bristol City at Ashton Gate.

Both Dembele and Mikey Johnston limped off in the first-half of the so-called warm-up game after some ferocious tackling from the home team.

The 18-year-old Bhoy Wonder is in the last year of his Parkhead contract and is eager to nail a permanent place in the squad after a couple of false starts under Neil Lennon. 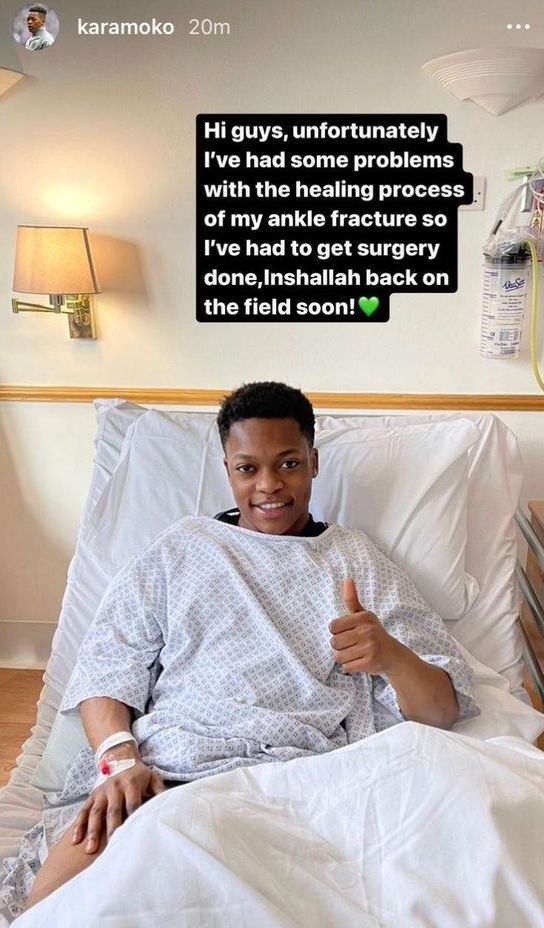 BREAKTHROUGH STRIKE…Karamoko Dembele scores his first goal for Celtic in the 4-0 win over St Johnstone in May.

Dembele scored his first Premiership goal for the club in the 4-0 victory over St Johnstone – coincidentally, the opponents in Glasgow tomorrow – back in May, but his setback has now forced him onto the sidelines as Ange Postecoglou’s side takes shape.

In an update on his Instagram page, Dembele confirmed he had been dealt a blow in his recovery.

He said: “Unfortunately I’ve had some problems with the healing process of my ankle fracture, so I’ve had to go back in get surgery. I shall be back on the field soon!”

Johnston is also on his way back and made a second-half substitute appearance in the 2-0 Europa League Group G win over Ferencvaros on Tuesday.