The highly-rated winger has snubbed Scotland to play for the nation of his birth after performing for both countries at Under-16 and 17 levels.

It appears the Hoops kid has now settled on England after scoring for Under-17s in a 2-2 draw with Spain earlier in the week after featuring in two other friendlies for the English.

However, there is still hope for the Scots that he will be able to don the dark blue. Dembele would need to make a competitive appearance for England’s senior team to see him committed to them for the rest of his career.

Until that happens, he would still be able to change his mind and play for Scotland. 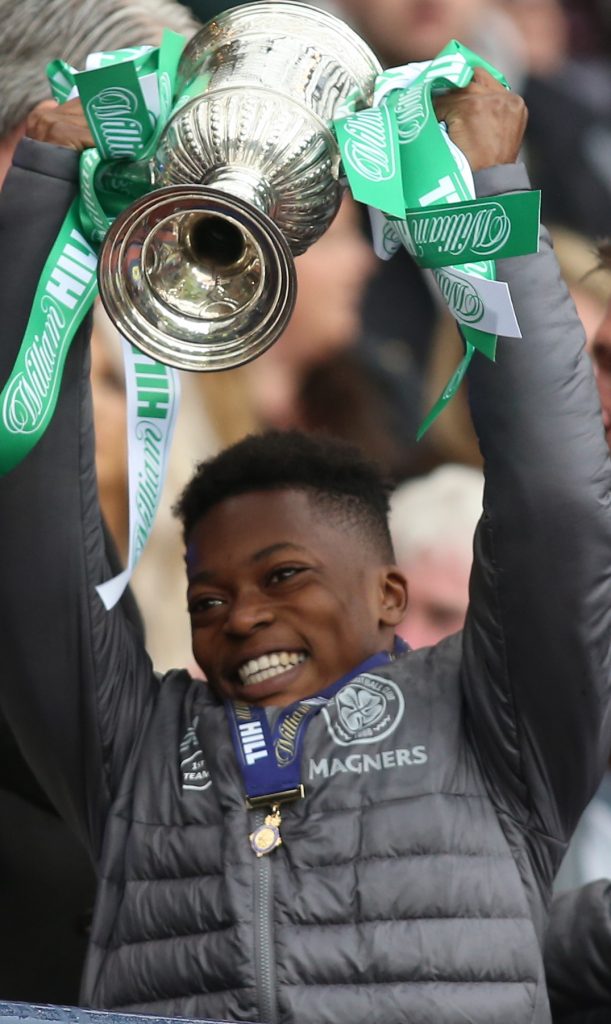 Dembele was born in London to parents from the Ivory Coast and was just one when his family moved to Glasgow.

The whizzkid made his first-team debut for Celtic in the final Premiership game of the season when he came on at the start of the second-half for Oliver Burke in the 2-1 win over Hearts at Parkhead.

Neil Lennon also gave Dembele a place on the bench in the Scottish Cup Final against the same opponents at Hampden a week later.

The entertaining ball-player remained as an unused substitute as Odsonne Edouard scored two goals to seal the historic treble treble.

He was linked with Paris Saint-Germain, Arsenal and Borussia Dortmund recently and respected French sports journal L’Equipe named Dembele as one of six kids in their ‘Wonders of European Football’ series.