Celtic Quick News on News Now
You are at:Home»Latest News»KARAMOKO: WHY ALL THE FUSS?
By CQN Magazine on 13th May 2021 Latest News

JOHN KENNEDY moved last night to remove speculation about Karamoko Dembele’s Celtic contract when he insisted the winger still had a year to run on his terms.

What is all the fuss about? CQN told our readers TWO MONTHS ago that the 18-year-old forward’s deal wasn’t due to expire until June 30 2022.

Apparently, some misinformed observers thought Dembele would be a free agent within weeks, but, as we stated back in March, that is clearly not the case.

BY THE RIGHT…Karamoko Dembele slips the ball past Bobby Zlamala for his first competitive goal.

IN THE NET…Dembele celebrates (extreme right) as the ball finds its target.

The gifted youngster, who has stalled on his breakthrough at the club, scored a superb goal in the 4-0 win over St Johnstone at Parkhead last night after coming on as an 80th-minute substitute for James Forrest.

Dembele’s appearance and his first competitive strike for the club kicked off tales he could be snatched from the Hoops next month.

Kennedy endorsed CQN‘s two-month old report by telling The Herald: “There is a lot of speculation in terms of Karamoko being out of contract in the summer.

“I don’t know where that that has come from because he has another year left. 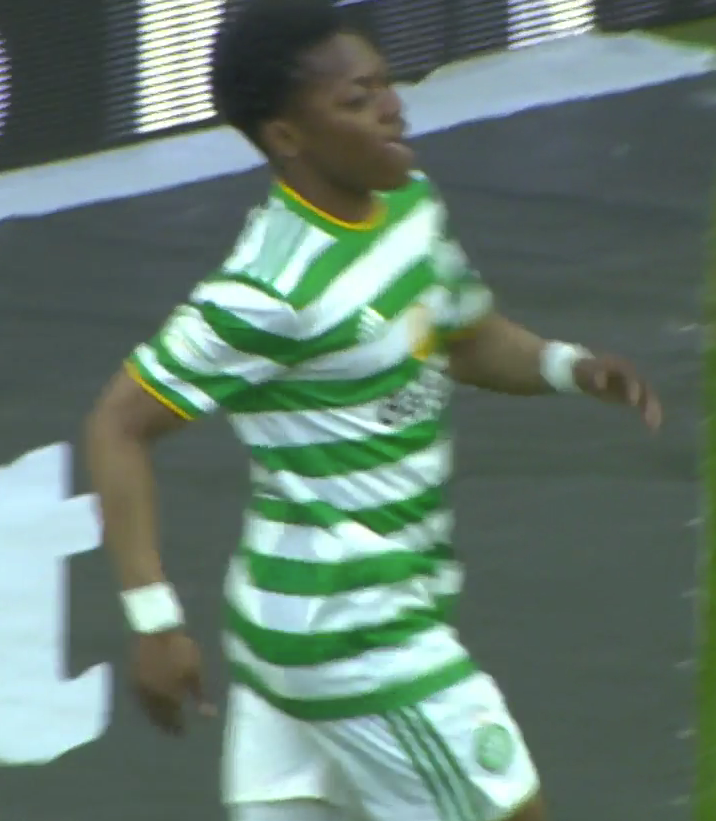 “Karamoko has been spoken about as the next superstar, but people develop physically at different rates.

“He is probably one who still has a bit of development, but is a terrific talent — we know that.

“It’s not a token gesture, he has done well in training recently.”