JOHN KENNEDY admitted his delight at Scott Brown being able to say goodbye to Celtic Park on a high.

The interim manager asked the players for a special performance as a fitting farewell for the club’s onfield leader over such a long and trophy-laden era.

Brown kicked his last ball in Paradise in the 63rd minute before he was substituted by Ismaila Soro during the team’s runaway 4-0 triumph over St Johnstone with David Turnbull, Odsonne Edouard, Kristoffer Ajer and Karamoko Dembele, scoring his first competitive strike, sharing the goals.

A packed and rocking Parkhead should have been there for the old warhorse’s grand finale, but he made his exit in silence before being given a giant hug from the caretaker gaffer.

Kennedy, speaking to Celtic TV, admitted: “I said to the boys before the game, in terms of someone who has given so much to this club, it’s his last time leading you out here, so put a performance in to show for that. 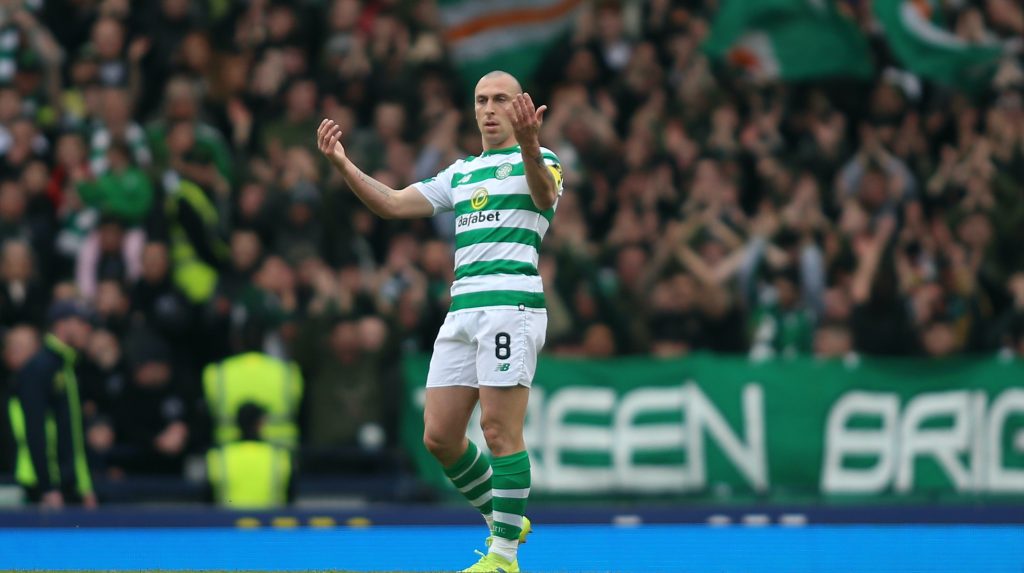 “That’s what the motivation was – that we gave Scott a performance and a result that he deserved on his final day here at Celtic Park.

“I thought we did, he came back into the dressing room and the boys were buzzing for Scott himself and obviously for how the game had gone, as well. We’re delighted. It’s going to be a massive loss for us, but we have to appreciate everything he’s given for this club.”

Eighteen-year-old left-back Adam Montgomery made his Hoops debut, while substitute Dembele, also 18, brought down the curtain with a precise angled finish following a neat through ball from Turnbull.

Kennedy stressed Brown is a perfect example for emerging youngsters hopeing to make their mark on the game.

He added:  “I’ve said that to the younger guys about using Scott as a role model. He is someone who dedicates so much of himself to his game and so much for the cause of the club that he plays.

“I played with Scott when he first came in and I’ve obviously worked with him for a long time in the coaching scene.

“He’s a terrific individual, a great professional, terrific man and he’s certainly one that any young aspiring footballer should use as a role model.”