SCOTT BROWN beat Kilmarnock keeper Daniel Bachmann for a 90th-minute winner for Celtic at Rugby Park to keep the champions on course for an eighth successive Premiership title.

However, the Austrian shotstopper reckons the Hoops skipper might NOT have been on the pitch to claim the strike that pushed Brendan Rodgers’ men eight points clear at the top of the table.

The goalie, who is on loan from Watford, was upset his team-mate Kirk Broadfoot  had been shown a straight red card for a foul on Brown with 15 minutes to go of a thrilling confrontation.

Bachmann thought a first-half challenge from the 33-year-old matchwinner on Greg Taylor merited the same punishment from referee Bobby Madden.

And he claimed Steve Clarke’s side and other provincial clubs always get decisions given against them by match officials when they take on Celtic and Rangers. 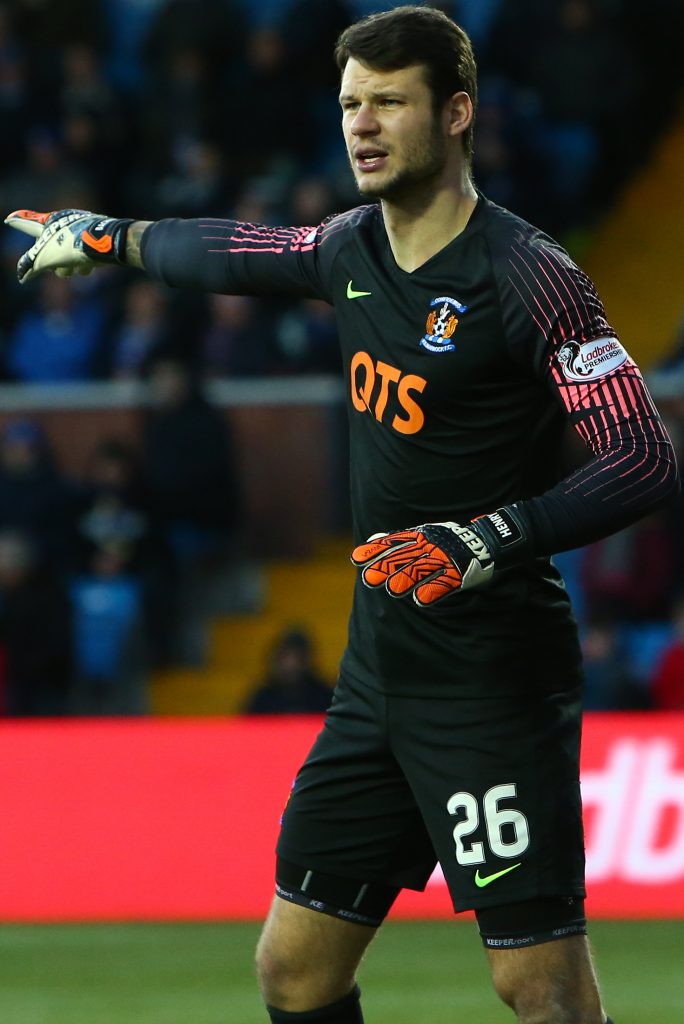 The 6ft-plus shotstopper, who will face Steven Gerrard’s men in the Scottish Cup replay at Ibrox on Wednesday, also cited the six penalty-kicks Gers were awarded in the space of eight days earlier this month to back up his point.

Bachmann said: “I don’t want to talk about the red card. I have seen it again. It is hard for the referee, but there were challenges in the first-half, trust me, that were a lot worse than that.

“But it is just the same all the time we play these teams, whether it’s a penalty or a red card. It is just one of those things. We need to get used to it.

“We never get the decisions, they always go for them. Every time, it is a free-kick for them wherever on the pitch it is.

“Whenever the big sides play against us it is the same – and it isn’t just us it is against every other team, as well. It is just something we need to get used to.”

Asked about the Brown challenge on Taylor, he said: “I think the ball was gone about one second or two seconds. He just kicks him ankle high.

“It is not just against us. I need to be careful what I say here, but talk to me about six penalties in one week.

“Most teams don’t get six penalties in a season. Whether they are penalties or not, it’s a big number. Like I said, it is what it is.”