Celtic Quick News on News Now
You are at:Home»Latest News»KT’S UP FOR THE CUP
By CQN Magazine on 22nd May 2019 Latest News

KIERAN TIERNEY has declared himself fit for Celtic’s Scottish Cup Final showpiece against Hearts at Hampden on Saturday.

However, the left-back has confirmed he will miss Scotland’s Euro 2020 qualifiers against Cyprus in Glasgow on June 8 and Belgium in Brussels three days later.

Tierney will undergo a double hernia operation after the encounter against the Edinburgh outfit where the Hoops could clinch a remarkable treble treble.

As a consequence of going under the knife, the defender has no chance of featuring in new international Head Coach Steve Clarke’s first games in charge of the country after being named as Alex McLeish’s successor this week.

Tierney, speaking to the BBC, said: “You’re frustrated, you want to go and make an impression. 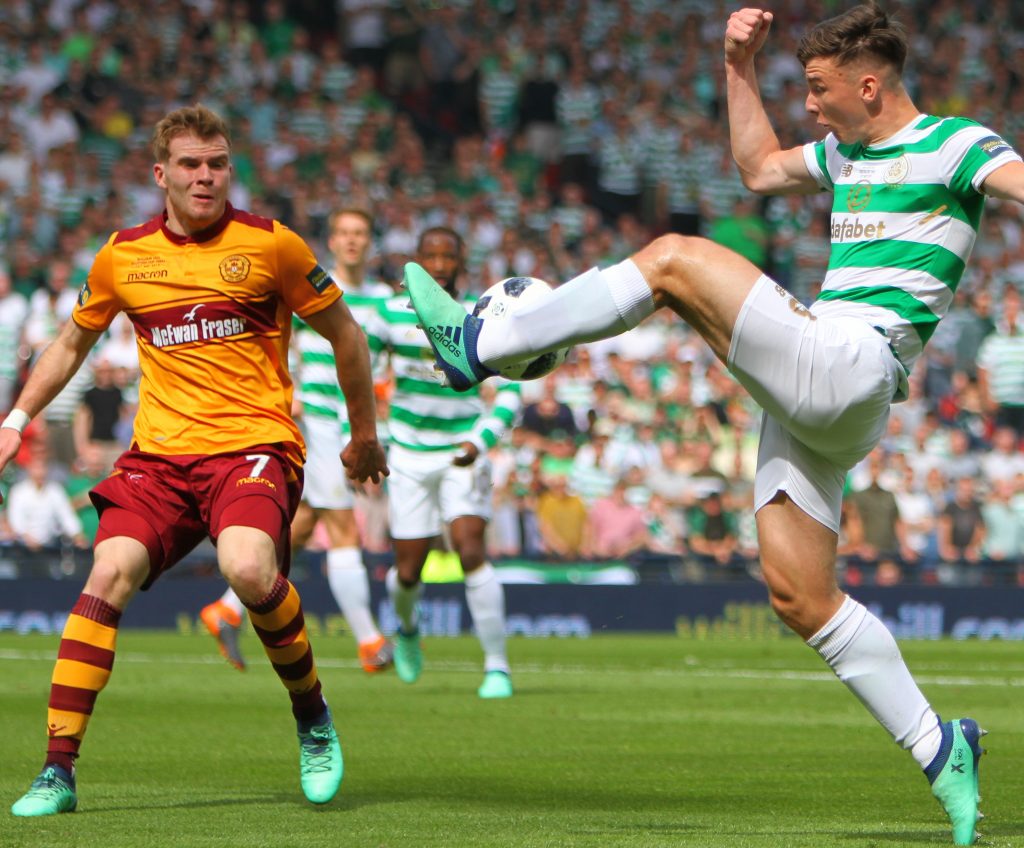 “But I need to think of myself long-term, as well, and the best thing is to get the operation as soon as I can.”

Tierney last made an appearance in the champions’ 3-0 victory over Aberdeen at Pittodrie on May 4 when they clinched their eighth successive title.

He did not last until the hour mark before he was replaced by Jonny Hayes. KT has sat out the game at Ibrox the following week and also Sunday’s 2-1 win over Saturday’s Hampden opponents.

The attacking back-four operator has made 40 appearances in all club competitions, but has hardly featured between the middle of December and February due to an injury, originally thought to be to his hip.

He added: “It started off as something else and it led to this, but it’s nothing long-term, the operation will fix it and that’s the good news.”

Tierney’s expected recovery time is “three to six weeks”, meaning he should be fit to play in the Champions League qualifiers in early July.