SCOTT SINCLAIR is hoping to go one over the eight against Hearts at Hampden to celebrate remaining at Celtic.

The 30-year-old winger has his eyes firmly fixed on the coveted and unprecedented treble treble when the Hoops line up against the Edinburgh men in the Scottish Cup Final on Saturday.

The champions will earn an extraordinary ninth successive piece of domestic silverware if they overcome the side who were Sinclair’s first opponents when he made his debut as a substitute at Tynecastle on August 7 2016 only 24 hours after agreeing a £4.5million switch from Aston Villa.

The Midlands outfit had just been relegated from the Premier League at the conclusion of a troubled campaign the previous season and Brendan Rodgers was eager to team up again with the flamboyant raider with whom he had worked at Chelsea and Swansea.

Sinclair came on for Stuart Armstrong and minutes from time raced onto a Leigh Griffiths left-wing cross to thump in the clincher to ensure the title kings got off to a winning start in their enthralling adventure under the new manager. The rest, as they say, is history.

The former Manchester City forward has played his part in the team’s success and netted 25 goals in his first year as he won personal honours and accolades for his outstanding form.

Next in his line of sights are Craig Levein’s Edinburgh men who were beaten 2-1 in last weekend’s dress rehearsal when the country’s dominant force lifted their eighth league crown in a row. 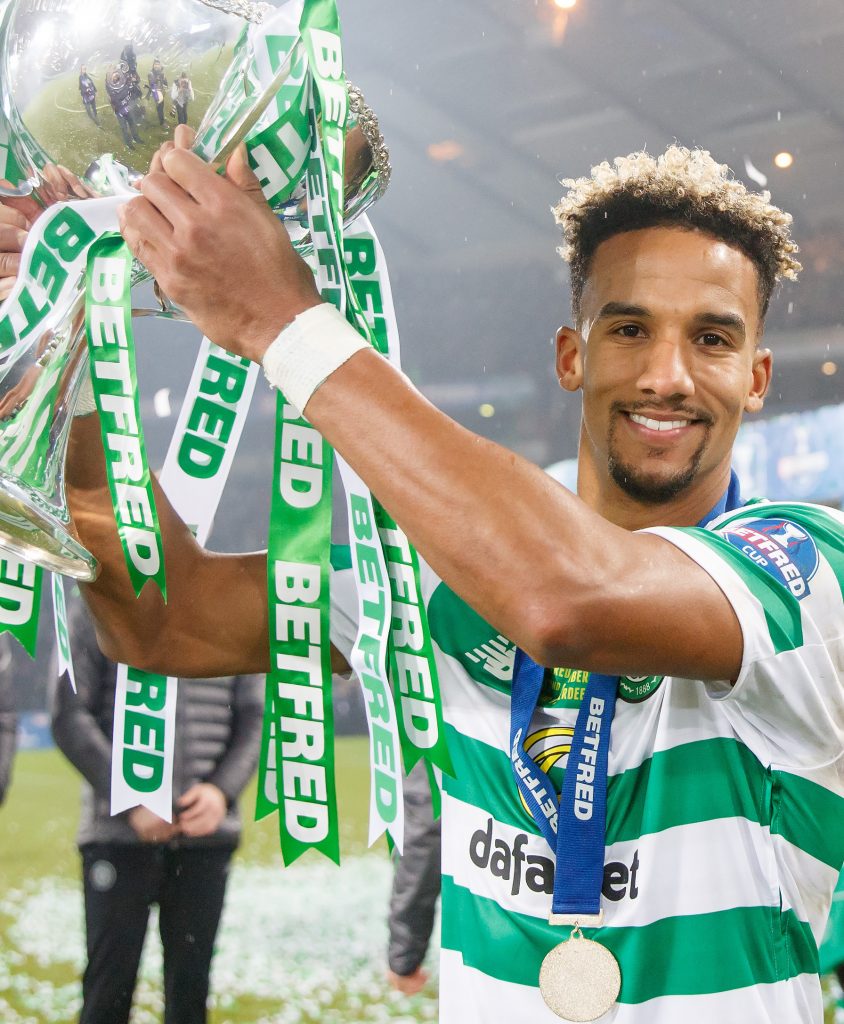 SILVERWARE FOR SINCLAIR…the Celtic star holds aloft the League Cup after the 1-0 win over Aberdeen in December.

Sinclair, speaking to The Scotsman, said: “Hopefully, we can make it a treble. Not just for myself, but for the whole team.

“It has been a great time and we have to make sure we get the job done.

“Being part of the double treble as a player has been great. It is a massive achievement.

“When I came up here, you are not even thinking about double trebles or treble trebles, you come and work hard and see how it goes.

“I couldn’t have asked for anything better. It comes down to hard work and the winning mentality of the players.”

Sinclair is delighted the the club triggered a 12-month option on his contract and added: “I always wanted to stay. Everyone knows my situation and how I love this club and I want to be here.

“I love the fans and playing for Celtic. I am here for another year and I am looking forward to it.”