FANS‘ favourite Kyogo Furuhashi has named his targets for his debut campaign at Celtic.

The Japanese international striker has claimed 14 goals since his £4.6million arrival from J-League outfit Vissel Kobe in the summer.

Kyogo admits he has “been missing opportunities” and is looking to claim 20 goals to help propel the Hoops back on the silverware trail after last term’s disappointing blank, the first in 11 years for the Parkhead outfit after achieving the extraordinary quadruple treble. 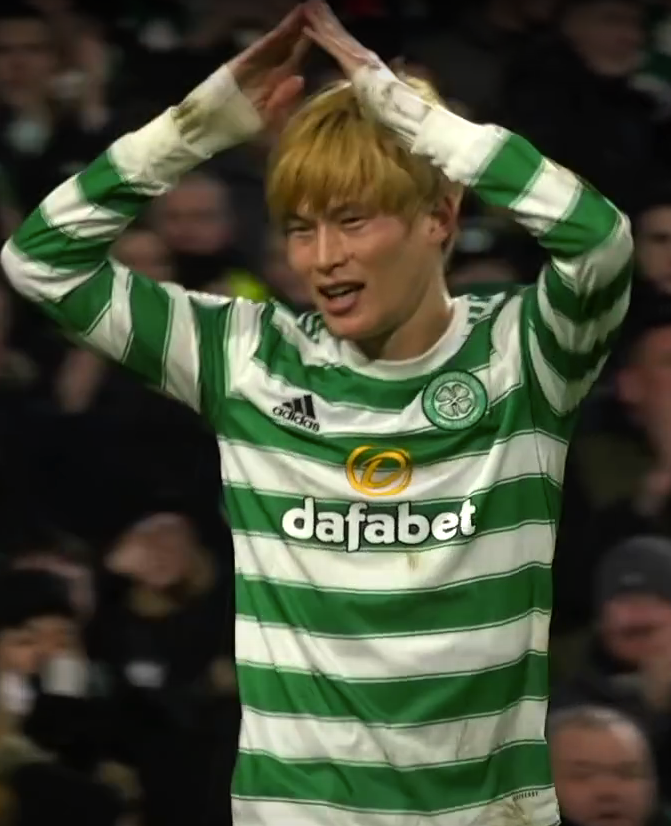 HOOPY DAZE…Kyogo Furuhashi celebrates one of his 14 goals so far this season.

The squad has been dismantled after a spectacular and inexplicable collapse and the pacy international hitman was just one of a dozen new players who arrived in the close season as Ange Postecoglou, the long-term successor to Neil Lennon who departed in February, kicked off his rebuild which will continue when the transfer window re-opens next month.

Kyogo has taken centre stage after firing in a hat-trick in the 6-0 romp against Dundee in his first appearance in the east end of Glasgow back on August 8.

The 27-year-old raider is settling in nicely to his new surroundings and he told Celtic TV of his ambitions in an exclusive interview.

Kyogo said: “First of all as a team, we win the championship. Personally, I want to score at least 20 goals.

“I have been missing opportunities a lot, I want to score goals to support the team. 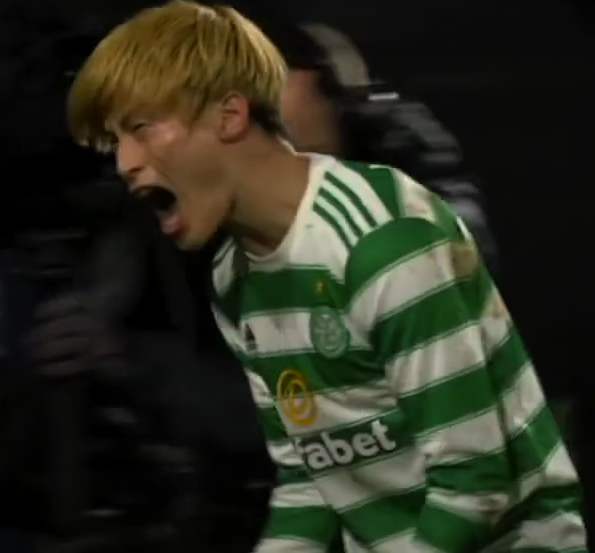 IN WITH A SHOUT…Kyogo Furuhashi displays his delight after his winner against Hearts.

“I also want to be more aggressive when it comes to defending to support the players at the back.

“When it comes to the team, defence is extremely important. As a forward, it’s crucial for me to chase from the front to make my team-mates’ life easier at the defensive line.

“This is part of my style as a player and also a core part of the team concept.

“There is no guarantee for me to play in every game in the future, but I care about how we play as a team.”

The supporters have obviously enjoyed what they have seen so far from Kyogo and his presence and goal threat were missing in the 1-0 weekend win over Motherwell where Postecoglou’s men had to rely on a clever free-kick from David Turnbull and sublime finish from Tom Rogic for the three points. 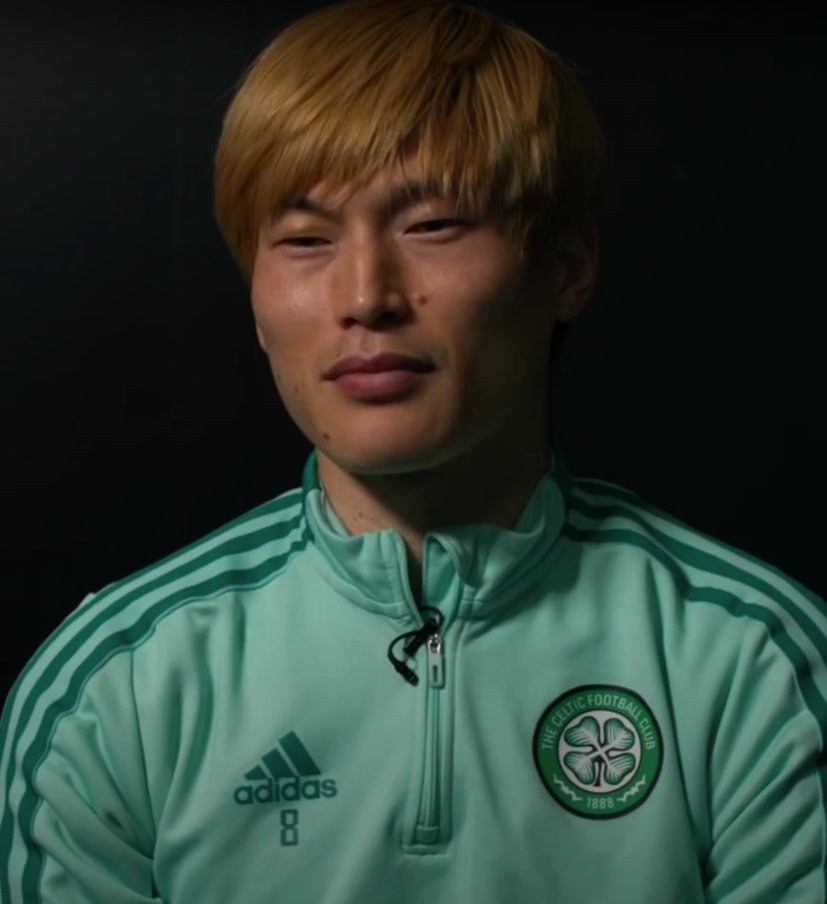 Kyogo continued: “It’s nice to know I am accepted a little, but, at the same time, I am not satisfied with my play yet.

“I want to play better and contribute towards bringing more joy to fans.

“I like Glasgow and feel it’s easy to live here. I think I can call it my second home now.”

There has been a language barrier to be confronted and overcome and Kyogo added: “Talking is more challenging, but my listening skills are improving. I think it’s getting there.

“Regarding Japanese, I have been teaching simple phrases like ‘good morning’ and ‘how are you?’.

“It has started from there.”

The Celtic faithful are more than satisfied that the lightning-swift attacker does his talking on the pitch.