GIORGOS GIAKOUMAKIS, who has scored one goal for Celtic since his £2.5million arrival in August, has picked up an award – for his striking exploits last season.

The 27-year-old forward, who is currently out injured with a knee problem, has been recognised as the best Greek star abroad by this country’s Football Players’ Association.

Giakoumakis fired in 26 goals for Dutch minnows VVV-Venlo in the previous campaign, but it was not enough to prevent their relegation from the Erdivisie. 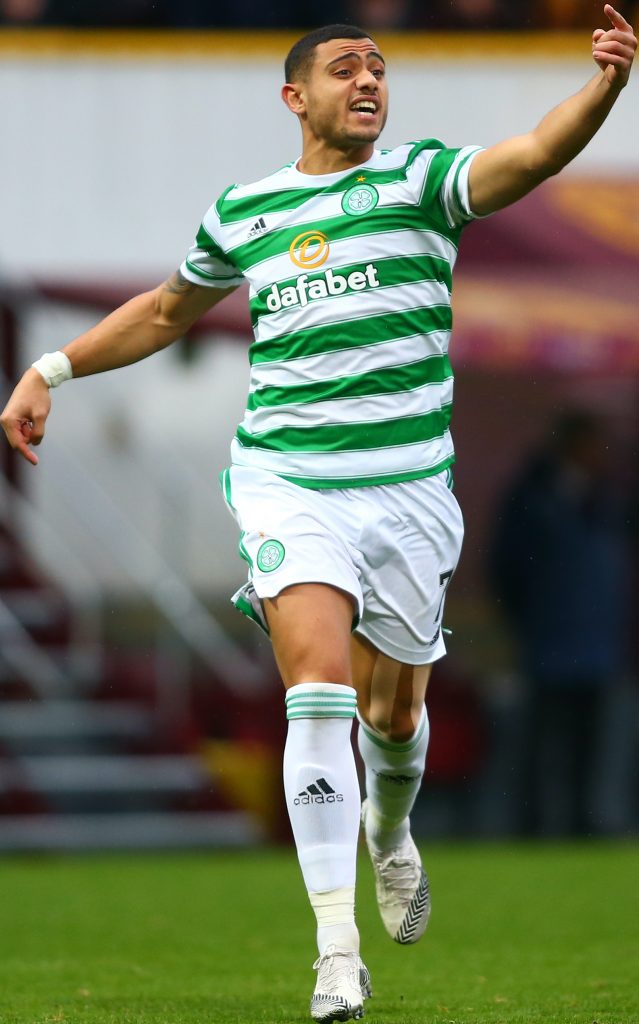 ON THE BAWL…Giorgos Giakoumakis yells instructions in the game against Motherwell at Fir Park.

That was the sort of form that alerted Greek-Australian Ange Postecoglou as he set about his squad revamp after taking over the team in June as the long-term successor to Neil Lennon who departed Parkhead in February.

The new gaffer was aware Odsonne Edouard would be moving before the window closed and made plans accordingly to beef up his striking options with Kyogo Furuhashi brought in from Vissel Kobe for £4.6million while Giakoumakis, with Bundesliga outfit Werder Bremen monitoring the situation, arrived later on a four-year deal.

The Hoops fans are still waiting to witness the best of the attacker who lit up the Dutch top flight last term, despite his side toiling. His goal haul was enough for him to win the award by his fellow-Greek footballers. 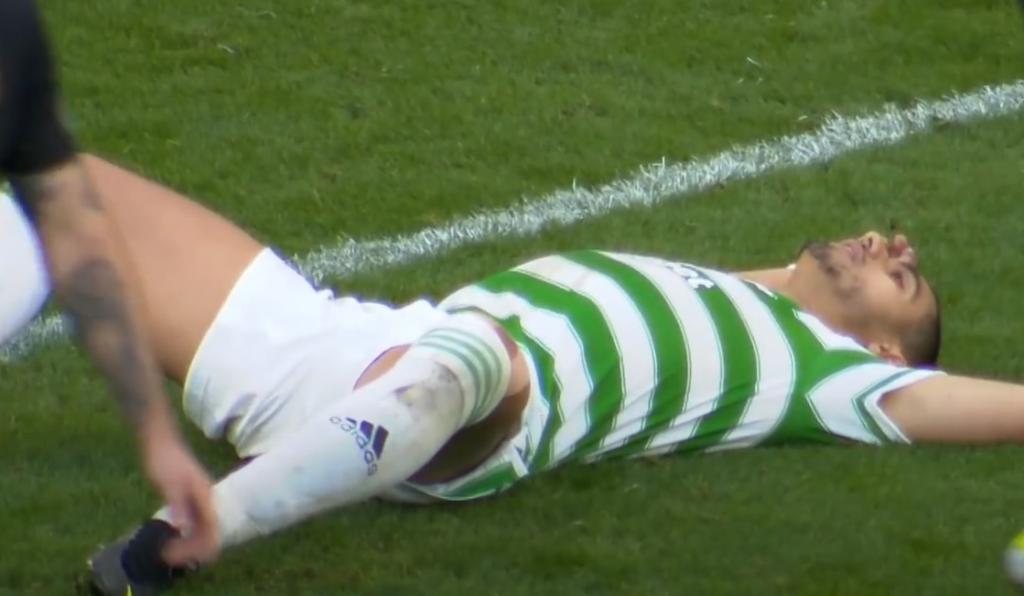 ON THE DECK…Giorgos Giakoumakis flat out after a miss in the goalless draw with Livingston.

His solitary goal for Celtic came in the 2-0 win over St Johnstone at Parkhead on October 23 when he neatly turned a right-wing cross from Anthony Ralston past keeper Zander Clark.

Unfortunately, Giakoumakis fluffed his lines a week later when he passed up the ideal opportunity to hand Postecoglou’s men three points when they were awarded a stoppage-time penalty-kick against Livingston with the score deadlocked at 0-0.

His timid attempt from the spot was comfortably held by Max Stryjek and the home side had to be content with one point.

Hopefully, the powerhouse leader can swiftly get back to top fitness and recapture the form that terrorised Eredivisie defences last season.