Celtic Quick News on News Now
You are at:Home»Latest News»LAZIO v CELTIC: ALL YOU NEED TO KNOW
By CQN Magazine on 7th November 2019 Latest News

CELTIC have won just six of their 26 European games against Italian opposition and none away from home – as CQN reported earlier today. They have played 12 matches and have been defeated without scoring on five of their last six visits, the exception a 1-1 draw at Udinese in their only previous Europa League group stage encounter in December 2011.

• LAZIO had never faced Scottish opponents in European competition until coming up against the Hoops a fortnight ago. They led at half-time at Parkhead through Manuel Lazzari’s first European goal only to concede twice after the interval, Ryan Christie and, in the 89th minute, Christopher Jullien turning the game in Celtic’s favour. That result left Neil Lennon’s men on seven points in Group E, with Lazio on three. 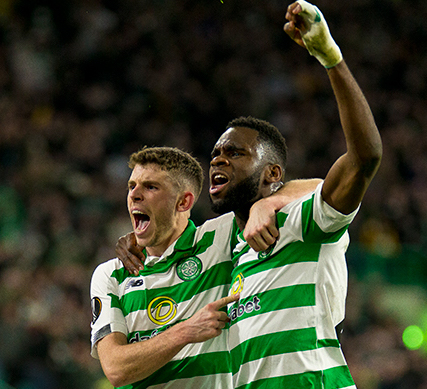 THE ITALIAN JOB…Ryan Christie and Odsonne Edouard celebrate the midfielder’s equaliser against Lazio.

* THE Hoops did, however, emerge triumphant from their first – and most important, fixture against an Italian side outside Glasgow – when they overcame Inter Milan 2-1 in the European Cup Final in Lisbon on May 25 1967 when Sandro Mazzolo put Helenio Herrera’s side ahead with an early penalty-kick, but Jock Stein’s team came to equalise through Tommy Gemmell and grab the winner through Stevie Chalmers.

* CELTIC failed to negotiate the Champions League third qualifying round, losing to Cluj 5-4 on aggregate, but thumped AIK Stockholm 6-1 on aggregate in the Europa play-off.

* UNTIL last season’s Matchday Five 1-0 win at Rosenborg, the Hoops had never won away in the Europa League. Their other 18 away matches in the competition proper have brought nine draws and nine defeats.

* LAZIO’S home record in the Europa League group stage is 15 wins, four draws and three losses. They were on a run of 17 group games unbeaten in Rome – 13 wins and four draws – until they lost 2-1 to Eintracht Frankfurt on Matchday Six last year – a defeat that was immediately followed by another as they went down to Sevilla in the round of 32. 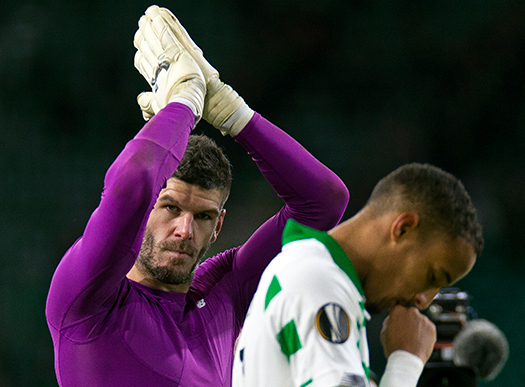 GLOVE AFFAIR…Fraser Forster and Christopher Jullien after the 2-1 win over Lazio.

* BOLI BOLINGOLI, who will miss tonight’s game, and Lazio’s Jordan Lukaku are cousins.

* DON’T miss the unbeatable match report from Lazio v Celtic this evening – only in your champion CQN.