CELTIC legend Davie Hay has revealed he is an admirer of Hoops target John McGinn.

Brendan Rodgers has admitted the champions will continue their pursuit of the midfielder, despite having a £1.5million bid knocked back during the week.

“He was only 17, but right away I could see the potential within him because even at that age he was some player. I liked him straight away.

“McGinn’s attitude was excellent, for start. He always wanted on the ball, was direct when in possession, knew when and how to put in a tackle and he scored goals.

“The whole package was impressive for a teenager.

“His family name is, of course, strongly linked to Celtic. I know his grandfather Jack well, he was my chairman when I was manager, but just because there is a family connection does not mean that the lad would ever be good enough to play for Celtic.

“Celtic may have had a bid rejected; however, I am sure a deal will be done and the club will end up with a terrific footballer. I’ll be happy to see this.”

Hay, now a club ambassador, added: “McGinn is not a squad player. Rodgers hasn’t moved for him because he feels the Hibs man would be a good addition to the squad. He wants him to get into the first team. And I can see that happening. 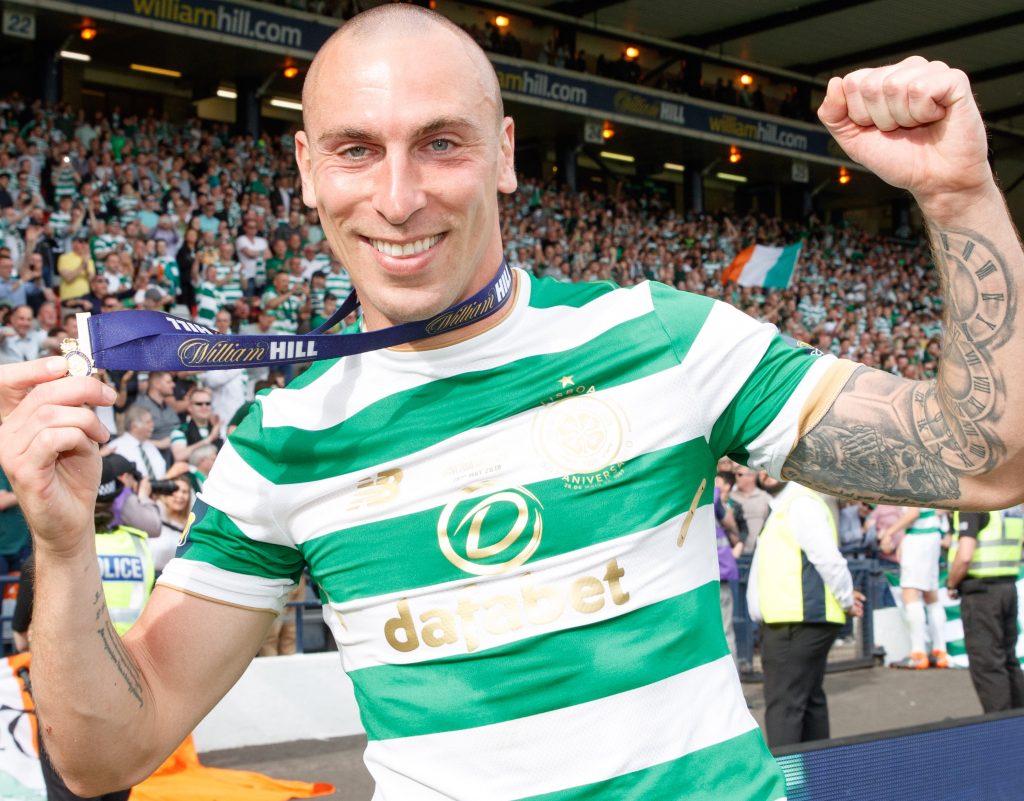 PRIZE GUY…Scott Brown with his Scottish Cup winner’s medal in May.

“McGinn can play that bit deeper in the Scott Brown and Olivier Ntcham role, and also that bit further forward behind the strikers. He’s an adaptable and intelligent lad who would be comfortable being moved around.

“I don’t see him, as some have suggested, as a replacement for Brown.

“The idea has been floated that the captain’s age means he would be rested a bit more here and there, and McGinn would be an ideal stand-in now and then take over from him soon enough.

“Brown still has plenty left in him. He is not going anywhere and I can see the two playing together.

“The best performance I watched from a domestic opponent last season at Celtic Park was McGinn when Hibs were excellent and got a 2-2 draw, with both goals coming from the same player, a lad who clearly caught the eye of Rodgers that day.