LISBON LION Jim Craig reckons Neil Lennon has a problem to solve in his team selections this season.

The eight-in-a-row champions saw Mikael Lustig and his understudy Christian Gamboa walk away in June when their contracts expired leaving Lennon with a hole to fill in the No.2 position.

Israeli international Elhamed was first to arrive in a £1.6million switch from Hapeol Be’er Sheva, then Austrian Moritz Bauer agreed a season-long loan move from Stoke City and 18-year-old Dutch prospect Frimpong came in from from Manchester City for a £350,000 fee that will rise to £1million with add-ons.

Lennon has utilised all three in the campaign so far with great success. 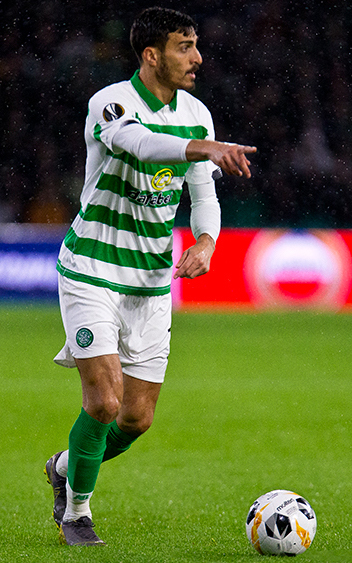 POINTING THE WAY…Hatem Abd Elhamed has made 13 appearances since arriving from Israel.

Elhamed has been the preferred choice for the majority of the term having made 13 appearances while Bauer has six – mostly off the substitutes’ bench – and the adventurous Frimpong has now enjoyed five starts.

Iconic back-four operator Craig, speaking to the Daily Record, said: “I think they all have their own strengths they can bring into play defensively or attacking-wise.

“The big difference in those days was we also had a winger to deal with which you don’t have nowadays. So, full-backs have more of a free reign to push forward and sometimes I think that can cause a problem because there is nobody back to help out their centre-backs – they are actually a bit further forward than they should be.

“I’m not blaming them for that, it’s just the nature of the game these days and it’s the way they have been brought up.

“Jock Stein used to say to us at different times: ‘Calm yourselves, gentlemen, and remember you are defenders first and attackers second’.

“The main thing is that you have got to get your place in the team.

“We will see as time goes on how the three guys do, but so far everything is looking good.

“However, three into one doesn’t go!” 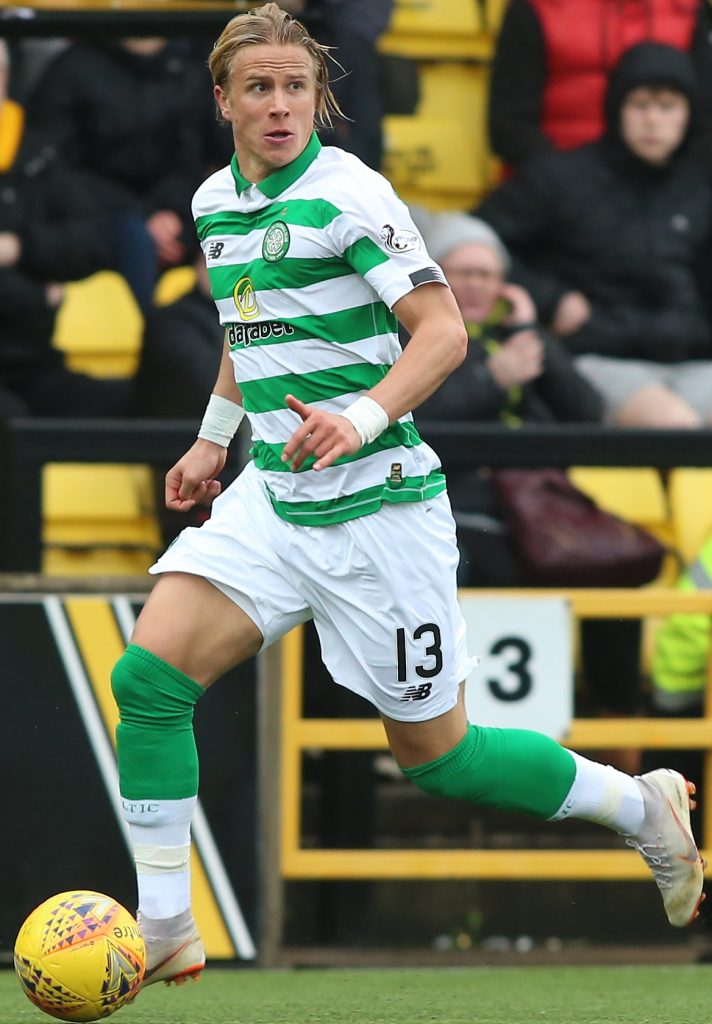 ON THE BALL…Moritz Bauer races down the wing.

Craig continued: “I feel for them, to be honest, because they are the ones who have to put up with occasionally not being in the team.

“I had a similar experience myself because when I joined I was sitting my finals in dentistry and they toured America. The team did pretty well out there. So, when they came back for the first six months of the new season it was Tommy Gemmell and Willie O’Neill that were full-backs.

“The boss kept saying: ‘The boys are doing okay and I can’t change the team just because you are waiting to get back into it’.

“But then they had a bad spell just around the start of Christmas. I got in and that was it. 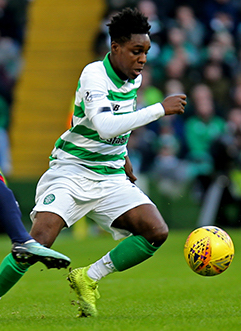 ON THE RUN…the impressive Jeremie Frimpong has played five times.

Craig added: “Neil has three good players there who will all do the job. It’s now up to the manager to decide who fits best into his pattern and thoughts. That’s something that has to come from him.

“When I was playing I was only interested in the inside-left – he was the guy that I wanted to know his name so I could subdue him.

“But the modern full-back, who has all this room to come forward, just has to remember he is a defender first and an attacker second and he has to be back to help out when the opposition is on the prowl.

“Again that’s something that the coaching staff have to work out.”