Celtic Quick News on News Now
You are at:Home»Latest News»LENNY ‘A BIT OF A PUNCHBAG’
By CQN Magazine on 26th February 2021 Latest News

NEIL LENNON had become “a bit of a punchbag” at Celtic before the manager’s midweek exit.

The Pittodrie chief expressed his sympathy about the Irishman and the club parting company with only eight games to go in a harrowing campaign for the champions that has seen them hurtle 18 points off the pace at the top of the Premiership in their catastrophic quest for a historic tenth successive championship.

The last straw for Lennon came in Dingwall on Sunday night when the Hoops crashed 1-0 to Ross County who started the evening as the worst team in the top flight.

McInnes said: “I class Neil as a friend and a colleague and we have been well-versed to playing against each other both as player and manager. He is someone I have a high regard for. 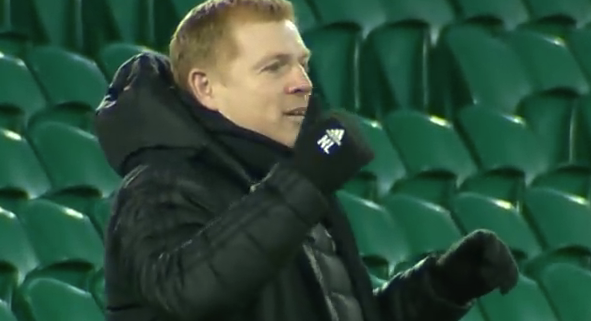 “It’s really disappointing to see any manager lose his job, but I know how important the Celtic job is and was to Neil.

“What has to be said is he is a very successful Celtic manager. Sometimes in the here and now, particularly in Neil’s case this season, he has been a bit of a punchbag for others and he has had to take a lot on the chin and a lot of criticism has come his way.

“I think when you see the difference points-wise Celtic to Rangers, it’s more than a manager at fault there if people are blaming anybody.

“Time will be kind to Neil. It might not be that now because a lot of people got themselves into a real state this season, the 10-in-a-row thing comes into that, but Neil has been a very successful manager in both spells.

“In time, even people who have been heavily criticising Neil will see the merits in what he has achieved.

IN THE RED CORNER…Derek McInness who will guide the Dons at Parkhead tomorrow.

McInnes said he felt the rage and fury directed towards managers added to pressure and focus on the occupants of the dug-outs.

The Dons boss, speaking to STV, added: “We can’t do anything about that. When you sign up to be a manager you have to expect a level of criticism that comes your way when your team don’t win.

“You get the flip side of that when you’re winning games, the praise at times can be a bit overboard. But I have always tried to keep a balance on that.

“As managers, that’s becoming a bit more difficult. I get asked a lot more on outside pressures than I do on the game now.

“I speak to managers from a different era, I speak to Walter (Smith) quite a bit, and I do think they look on with astonishment on what we have to contend with now.”