Celtic Quick News on News Now
You are at:Home»Latest News»LENNY AND EFE’S RETURN DATE TO PARADISE
By CQN Magazine on 23rd June 2017 Latest News
NEIL LENNON is assured of a warm welcome when he returns to Paradise this season.
The Irishman, who managed the Hoops for four years and led them to three league titles and two Scottish Cups, left Parkhead at the end of the 2014 campaign.
However, Lennon, who also won five Premier championships, four Scottish Cups and two League Cups as a player, will bring his newly-promoted Hibs side to the east end of Glasgow on September 30. 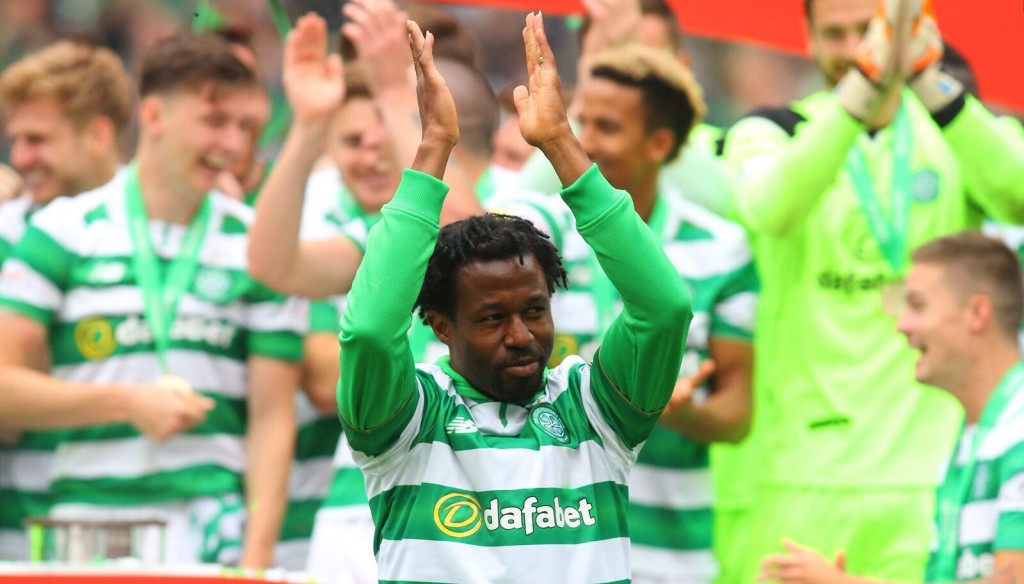 It will be the first time the former skipper has faced his old club in a competitive fixture and he will have former Celtic defender Efe Ambrose there with him. Ambrose penned a two year deal at Easter Road shortly after his Celtic contract ended at the end of May.
Lenny did of course play a prominent role in the recent Lubo v Henrik Foundation charity match in front of 60,000 supporters at Celtic Park.
The Easter Road side, who kick off their Premiership campaign with a home game against Partick Thistle on August 5, will play host to Brendan Rodgers’ men on December 9.
Their second visit to Parkhead is scheduled for January 27 next year. Here are all Celtic’s Premiership fixtures up to the split. 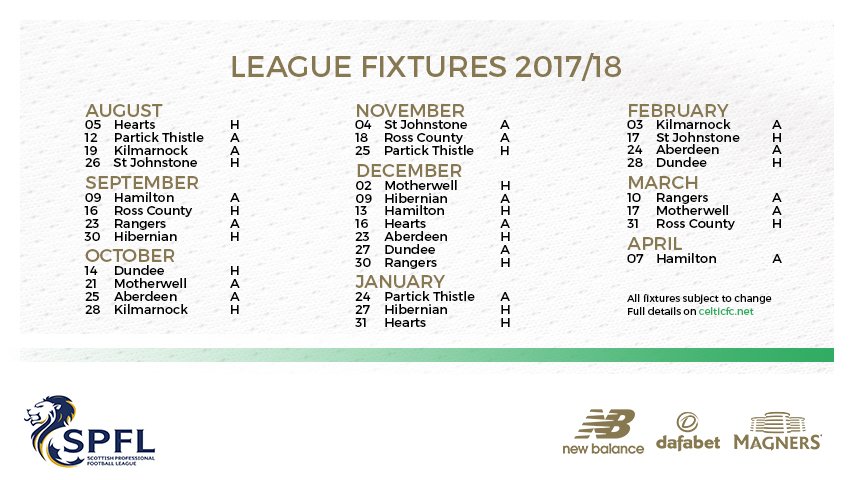 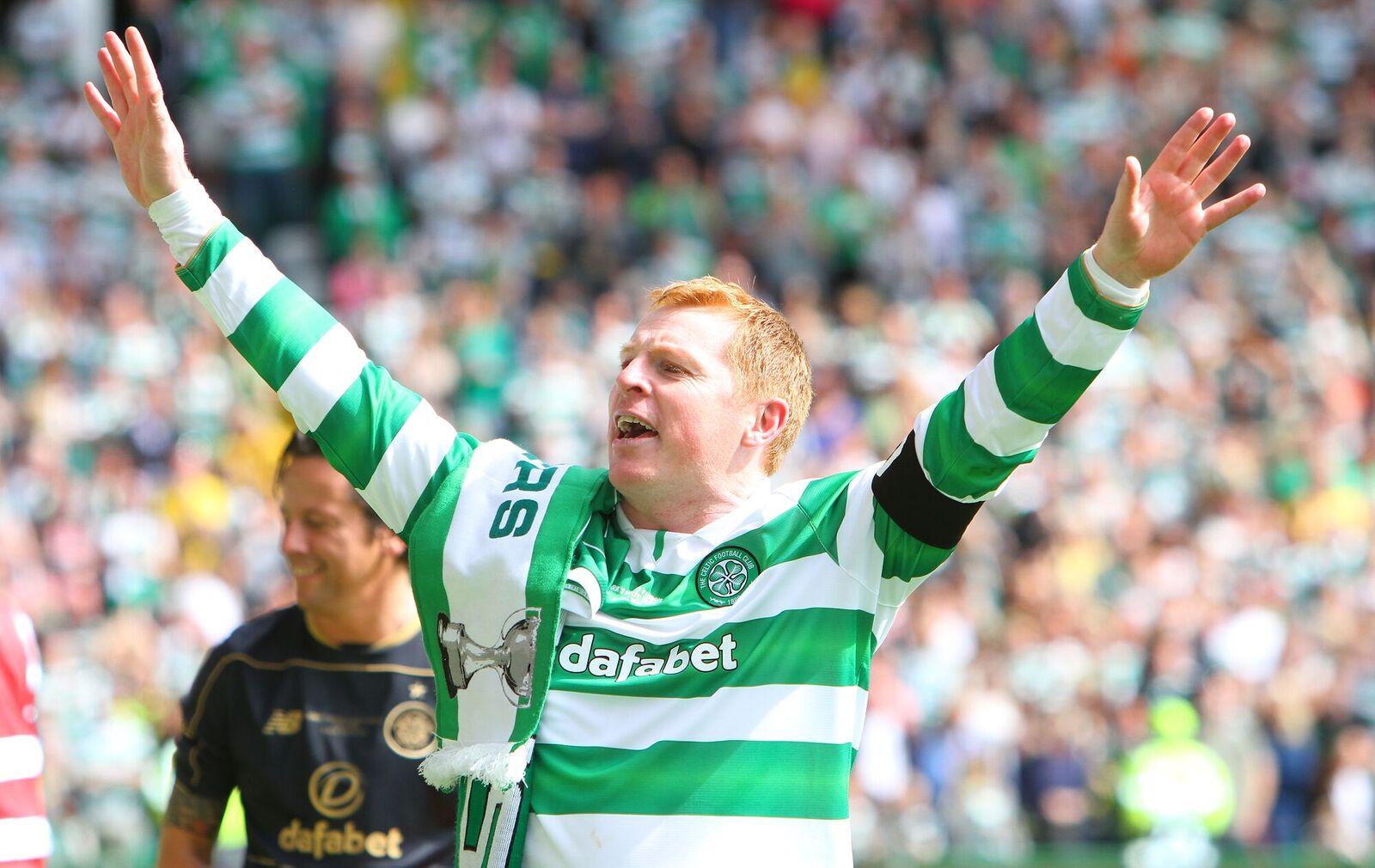