NEIL LENNON is urging Christopher Jullien to follow the Virgil Van Dijk trail to the top in football.

The Celtic manager bought the Dutchman from Groningen for a bargain £2.75million in his first reign at Parkhead and has watched him flourish as a Champions League winner, captain of his national side and lift the European Footballer of the Year award.

Lennon never doubted the qualities of the player who at one stage was the most expensive defender in the world when Jurgen Klopp splashed £75million to take him from Southampton to Liverpool.

Jullien was one of the Hoops’ heroes in the landmark 2-1 Europa League victory over Lazio in Rome on Thursday night and looked a bargain at the £7million the champions paid Toulouse for him in the summer.

The 6ft 5in central defender played alongside Kristoffer Ajer and Hatem Abd Elhamed in the heart of the rearguard as Lennon’s side frustrated the Serie A cracks. 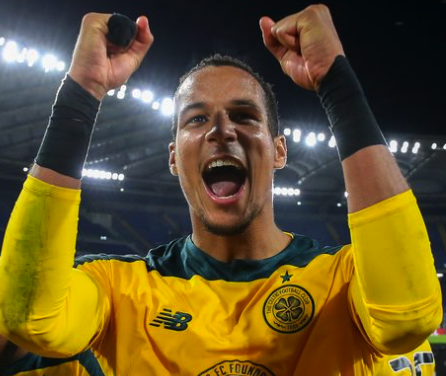 The Celtic gaffer has listened to comparisons between the Frenchman and the Dutch ace and, speaking to the Sunday Mail, said: “Van Dijk is Van Dijk. I want Jullien to use him as a benchmark, though, to try to get as far up the scale as he possibly can.

“He has really good attributes to do that. He was colossal for us against Lazio and read the game brilliantly.

“I don’t know how many interceptions he made, clearances or aerial challenges he won – and he is a threat now in the other box, as well.

“He has leadership qualities and is in a really good place. What we are seeing now is everything we thought he would turn into. I liked everything I saw when we watched him. You ask, would he suit the way we play?

“Well, he was a dominant header of the ball, which was something we lacked. At Toulouse, he looked proficient with both feet.

“We knew he wasn’t dynamic in terms of sprinting, but he could read the game well and there was a composure about him.

“And we had missed that goal threat. For a while, to be fair, the set-play deliveries weren’t great, so we tried to work on that and now have players who can attack the ball in good areas.

“It’s a facet of the game that’s really important.”