It was tense and tight against a stubborn, relegation-threatened Dundee side at Dens Park this afternoon until the champions scored the only goal of the game deep in stoppage time.

It was Odsonne Edouard who applied the finishing touch five minutes into added-on time to push the Hoops TEN points clear of Steven Gerrard’s Ibrox side who are next up at Parkhead in a fortnight’s time.

And the £10million Frenchman was the matchwinner against Hearts at Tynecastle two minutes after the regulation 90 to hand the returning Irishman his first win since taking over from Brendan Rodgers following his defection to mid-table Leicester City only 24 hours earlier. 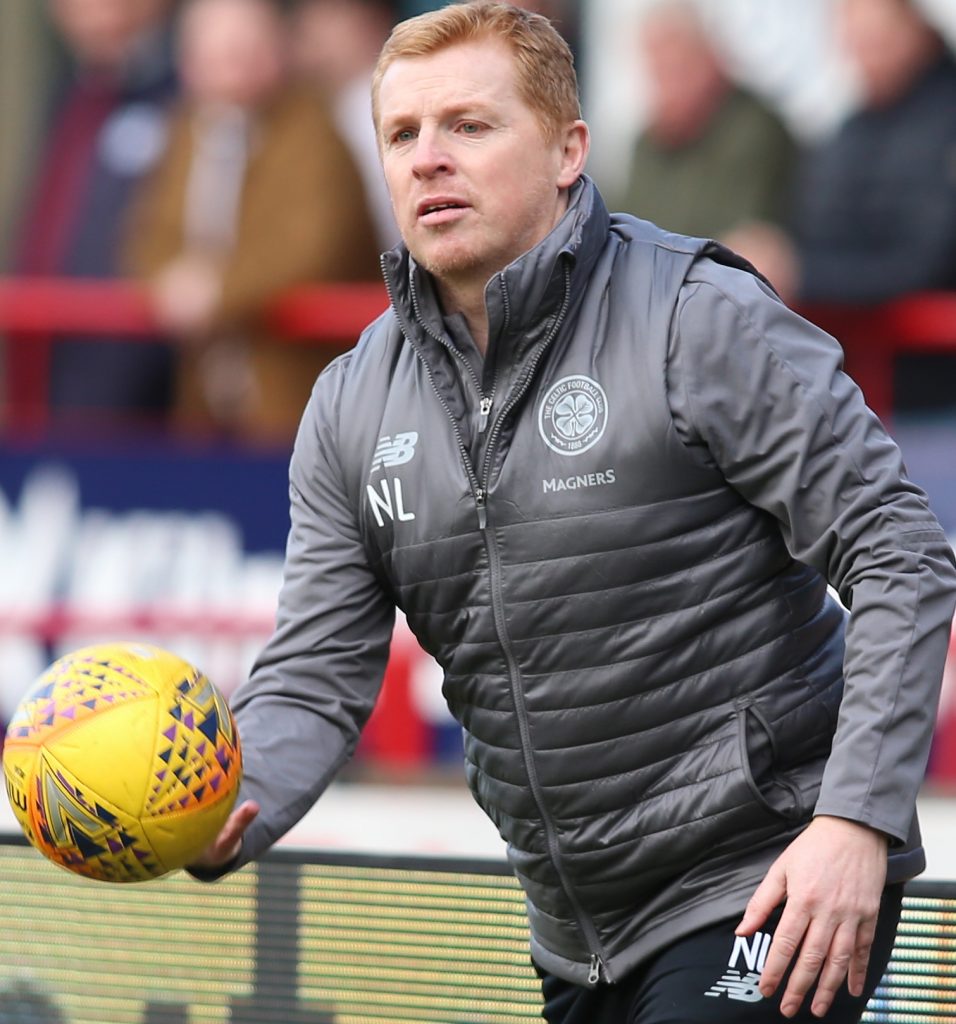 A jubilant Lennon, speaking to BT Sports  admitted: “I said at half-time that we will wait until the 49th minute of the second-half if we need and they were true to their word, they followed instructions.

“You are not going to roll over teams, team who are fighting for their livelihoods and Dundee fought like Trojans, like warriors and made it very difficult for us.

“I am not going to analyse the game right now.

“The object of today was to win the game, we did that; go 10 points clear, we’ve done that and now we can assess things in the next two weeks.

“It is not easy coming in at this time, the way things are, taking on a style of play you are not used to, a different environment at the training ground and different players.

“So, I had to do it bit by bit and what you saw there was the relief.”

With the champions going into double digits in an advantage as they zero in on their eighth successive title, Lennon added: “Not taking anything for granted, but it is significant and psychologically it is huge.

“It means we don’t have to win it. Ideally we would love to and get over the line as quickly as possible, but all the onus is on the other teams around us.

“The gap between first and second is bigger than between second and third which is again significant for us.”