THE next 72 hours are absolutely crucial in Neil Lennon’s career as Celtic manager.

The shell-shocked Hoops players, still reeling after their appalling display in the 4-1 Europa League Group H collapse against Sparta Prague at Parkhead on Thursday night, must respond to criticism and show they are behind the Irishman.

Former Hoops goal hero Chris Sutton insists tomorrow’s Premiership encounter against Motherwell at Fir Park will emphasise the feelings within his old club in a campaign that is in danger of falling apart with a historic quadruple treble and 10 in a row in their sights.

“On the pitch and off it against Sparta Prague, it was atrocious. The management and players must carry the can for the debacle. 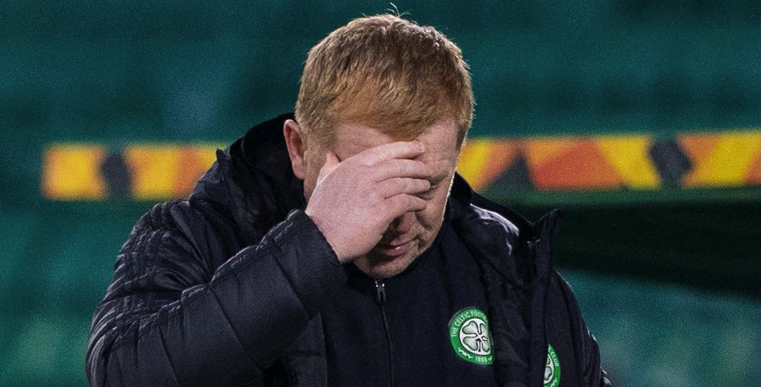 LOST IN THOUGHT…Neil Lennon under pressure on Thursday night.

“Neil is my mate. He was my team-mate. But you can’t defend that and, in fairness, he didn’t attempt to do so.

“There’s been regression at Celtic this season. Peter Lawwell and Dermot Desmond will be thinking: ‘How is this going to change?’.

“This is where Neil is going to have to convince them with his work that he’s the man to turn it around.

“How does he do that after talking about a culture change? He needs that change in 72 hours.

“There are so many things: his words post-match questioning players’ attitude and application, saying they lacked hunger  and calling them lazy, saying they don’t run. Ultimately, the manager carries the can.

“It’s putting everything into the equation. First time losing three games at home in 30 years. Performances. Behaviour. It’s not a good look.

“The players were a scandal, but ultimately they are the manager’s responsibility.

“And when he’s using a word such as “lazy” then that’s about as damning as it gets. When your manager questions your attitude and application, saying you don’t run, then it doesn’t get any worse than that.” 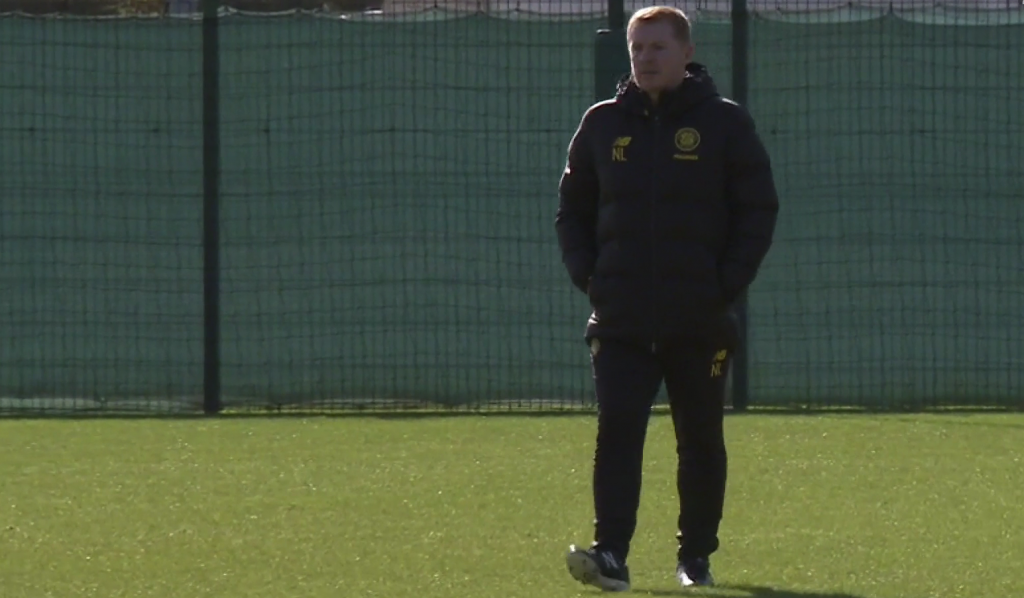 A MAN ALONE…Neil Lennon at Lennoxtown as he supervises training.

“After the Rangers defeat, I asked that, if the hierarchy do not think he is getting the best out of the dressing room, do they get a different voice and hope the players respond to that because they are clearly not responding to Neil?

“I’ve said it is ridiculous to compare Neil with Ronny Deila and it is. But this was Neil’s Deila moment in Molde, that night in Norway when you thought the man was a goner in his homeland.

“Deila’s team were a shambles, there was a bust-up with Kris Commons when he was taken off and there were fans outside the stadium around the bus.

“Molde back then was Sparta Prague on Thursday night.”

The ex-Hoops frontman added: “Ultimately, if it’s all about domestic football, how is this Celtic team in their current state going to close the gap?

“We’ll see how much the players want Neil to stay tomorrow at Fir Park.

“He’s been badly let down by people who he’s had his faith in. But he’s the manager, he’s let it slip.”

The champions go into the confrontation against Well trailing Steven Gerrard’s Ibrox side by nine points although they have two games in hand.

It is imperative a team that has conceded 14 goals in the past six games shut the back door and take care of business up front against Stephen Robinson’s outfit.