Painfully, that was demonstrated again in the BayArena last night when the Hoops threw away a 2-1 advantage in the last 10 minutes to lose 3-2 to Bayer Leverkusen and crash out of the Europa League.

The Hoops now have the consolation of the Conference League to look forward to after the turn of the year, the third European competition this season after slipping out of the Champions League to Denmark’s FC Midtjylland in July.

It was a tough watch as Postecoglou’s men came back from a goal adrift to turn the contest on its head with a Panenka-style penalty-kick from Josip Juranovic to level before the interval and then go ahead when Filipe Jota completed a sweeping move which was started by the superb Joe Hart. 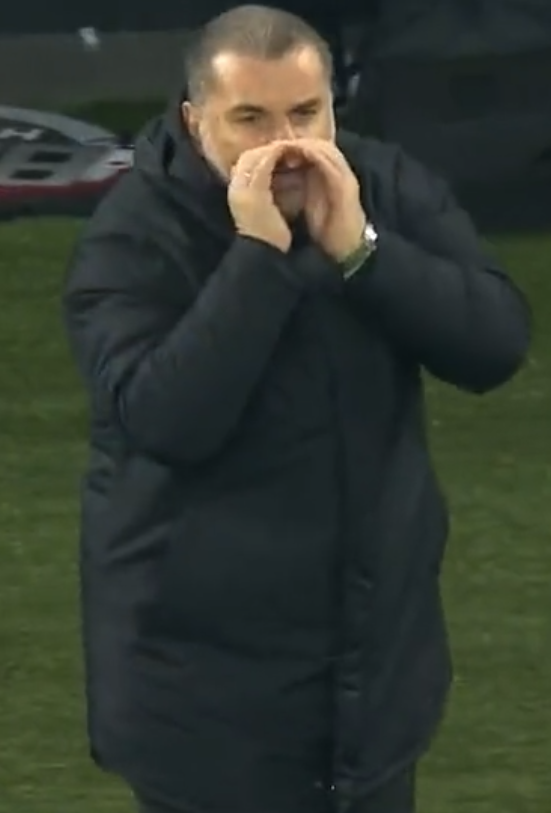 ON THE BAWL…Ange Postecoglou shouts instructions from the touchline.

The ball was worked forward down the right before it was switched by Kyogo Furuhashi to the inrushing Portuguese raider coming in from the opposite flank and he simply first-timed an unstoppable low left-foot drive into the far corner of the net.

But the visitors couldn’t hold on for a historic first win in Germany when Robert Andrich, who had headed in the opener from a right-wing corner-kick, levelled after some poor play and lack of awareness from Anthony Ralston and Moussa Diaby thumped in the winner in the 87th minute with the defence in total disarray.

The disappointed Greek-Australian gaffer admitted: “We are not at this level yet.

“We kind of hung in there, gave ourselves a chance to pull off a great result, but, ultimately, they’re a good team.

“We didn’t finish the game off in the way they could have, but credit to the players. 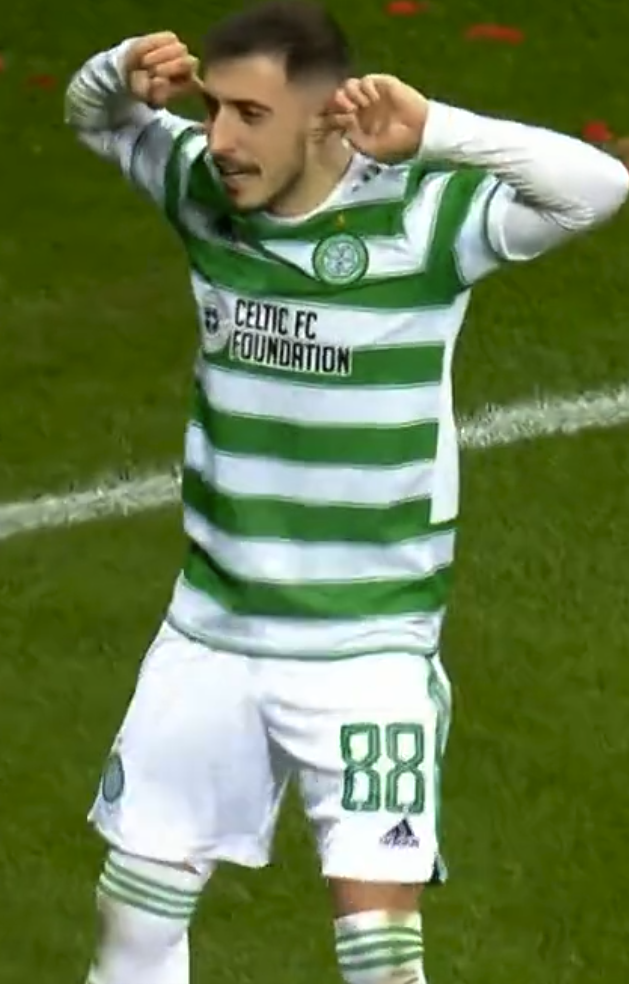 NUMBER ONE…Josip Juranovic celebrates after netting with his cheeky penalty-kick.

“Leverkusen are a fantastic team. We came to their backyard and gave them a game.

“We weren’t able to control the game the way we wanted to because they have quality in their side and always a threat on the counter, so we had to be wary.

“Joe made some big saves and the back four worked really hard and we couldn’t hang on, but there’s still a gap between us and them and that’s what we need to bridge.”

Postecoglou, speaking to Celtic TV, added: “In all our European games we’ve taken it to some very good opponents. We know there’s a gap between us and the best, but we’ll bridge that gap if we keep taking this approach whenever we play these teams 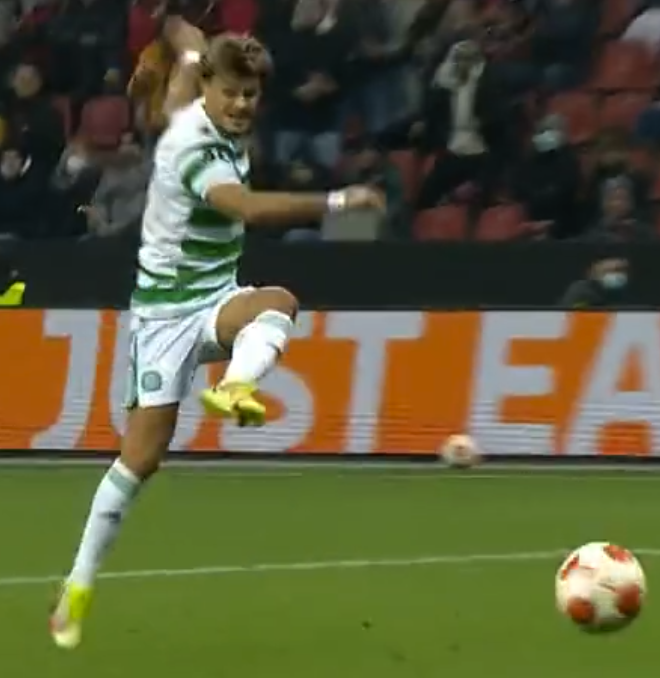 NUMBER TWO…Filipe Jota takes off as he fires in a low drive.

“They knocked us off 4-0 at home and we gave them a bit of a fright here and, hopefully, next time that gap’s even smaller

“I’m hoping the fans walk away knowing the guys in the green and white hoops gave everything for them and something to shout about.”

The Hoops return to points collecting in the Premiership when they take on Aberdeen at Parkhead on Sunday with a 3pm kick-off.