LETHAL Leigh Griffiths was the man who made the difference as Celtic stretched their lead at the top of the Premiership to 11 points after this victory at Firhill tonight.

However, this was hardly a memorable display from the champions and this win was all about perspiration as opposed to inspiration.

The Parkhead men toiled to get into any sort of rhythm over the 90 minutes againt willing opponents who were were up for harrying and chasing, but shouldn’t have presented too much of a threat.

It was more than just a baffling the Jags went in at half-time a goal to the good after the Hoops had dominated play and had around 70 per cent of the possession. 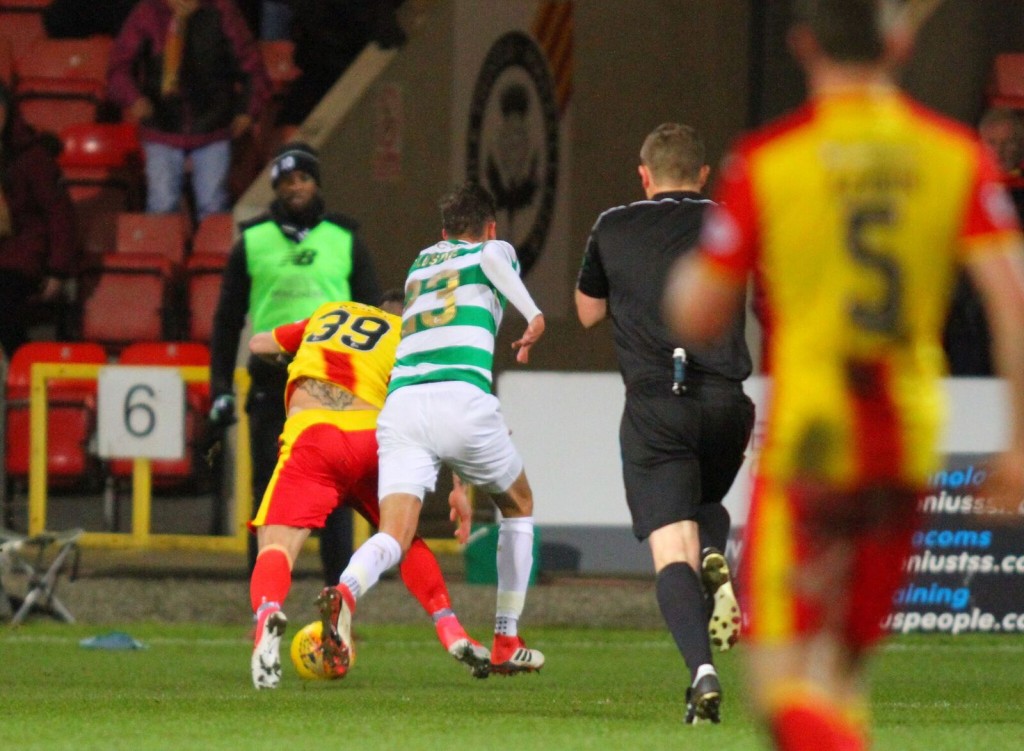 However, with Griffiths and Moussa Dembele on the substitutes’ bench, there was no genuine cutting edge.

Odsonne Edouard started the game again as he did against Brechin City at the weekend, but he struggled to get into the pace of the contest. He is eager to get involved, but at the moment is devoid of the savvy to back up his enthusiasm.

The on-loan Paris Saint-Germain striker was slow to react to the first chance of the game in the opening minutes when a ball came over from the left and the opportunity was lost.

In the fourth minute, Olivier Ntcham, who was impressive again alongside the exceptional Scott Brown in the engine room, sent Edoaurd through, but he elected to shoot too soon and his powderpuff effort was swallowed up by Tomas Cerny. 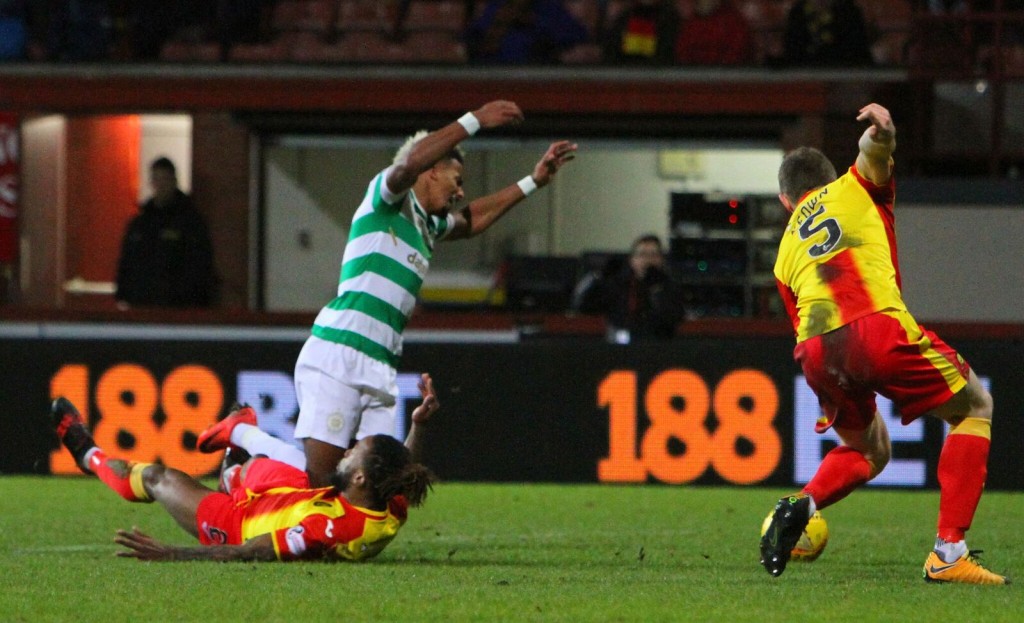 In the 19th minute, Ntcham had a go from 25 yards, but it whipped just wide of the keeper’s left-hand post.

But four minutes later, the lackadaisical Kristoffer Ajer gave away possession and Craig Gordon was forced into action to tip away a rasping angled drive from Miles Storey.

Only moments beforehand, Mikael Lustig had allowed Thistle the opportunity to break forward with a woeful square ball that Ajer cleared at the last moment.

The Swedish defender, offering little in support of James Forrest on the right touchline, was strangely hesitant, as he was in the last game of 2017 against Sevco Rangers at Parkhead.

And he was punished in the 33rd minute when some alarming loose play forced him to tug at Storey’s arm as he raced into the box.

The Jags attacker made the most of it as he went down theatrically and referee John Beaton had no hesitation in pointing to the spot.

Conor Sammon took the responsibility and almost lazily rolled the ball into the right-hand corner of the net as Gordon went to his left.

Sloppy play from Celtic, in particular Callum McGregor, Ajer and Lustig, piled the pressure on the Parkhead side in a tricky away fixture.

Edouard compounded his first-half performance by getting free inside the box before lashing wildly yards past the upright.

It was no surprise Griffiths made his appearance at the start of the second-half with Lustig given the hook. Brendan Rodgers went for a back three and Edouard dropped deeper with the Scotland international striker moving right up front to proviide some much-needed thrust.

In the 53rd minute, the French youngster sent Griffiths scampering through the middle of the Jags rearguard, but his finish lacked composure and Cerny raced from his line to block the shot.

However, the Hoops levelled two minutes later and there was no doubt Scotty Sinclair had been fouled as he attempted to get onto a clever pass from Kieran Tierney.

Sinclair took the kick and sent it spinning to the left as the keeper guessed wrong and took off for his right.

That signalled an onslaught from the visitors and Ntcham drove one just wide and Forrest, after some clever footwork, saw his shot pushed away by Cerny. 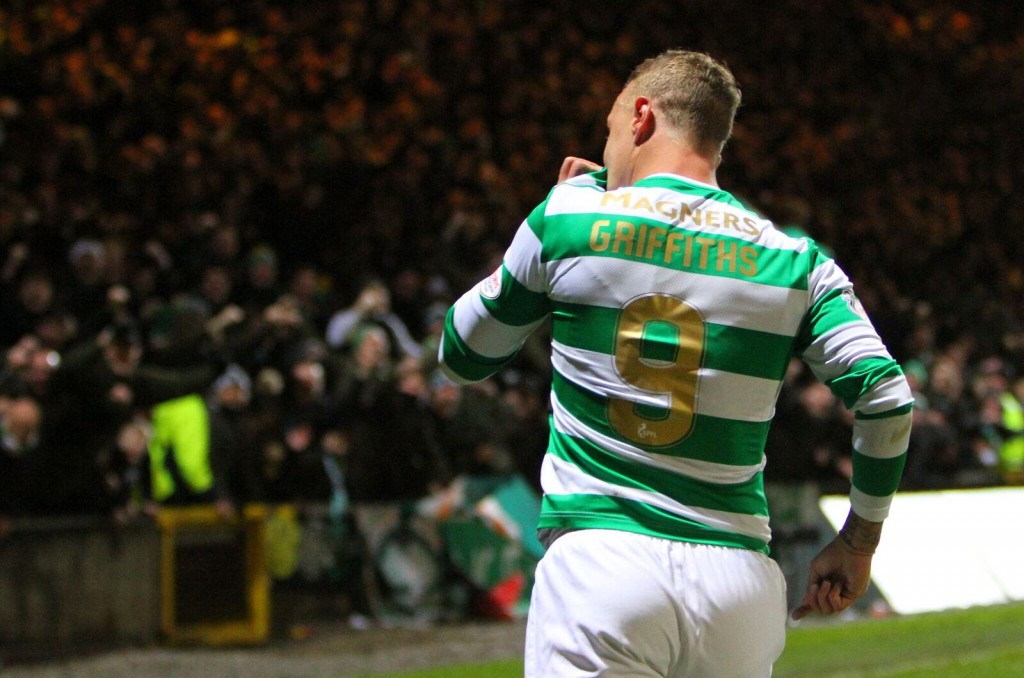 Tierney also tested Cerny in the 67th minute with a sizzling right-foot effort from the edge of the box, but the Firhill No.1 sprawled full length to touch it wide of the post.

Three minutes afterwards, Rodgers’ men got the goal their play deserved. Brown, who had performed with intelligence throughout, won the ball in a fierce tackle and was there to pick up the forward pass from Forrest.

The skipper knocked it to Griffiths in the box and the frontman took a touch round a defender before squeezing a low drive past the advancing Cerny into the far corner.

Rodgers sent on Jozo Simunovic and Nir Bitton for Sinclair and Edouard as he made sure the points were heading across the city.

Griffiths had the final say and it probably won’t be the last time this season the pacy marksman will provide an answer to a Celtic problem. 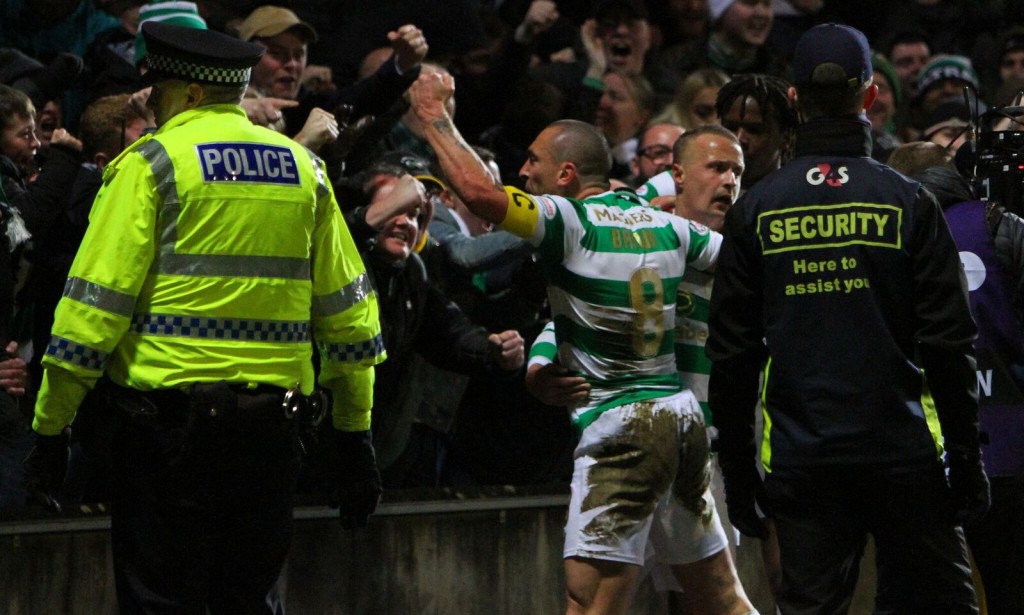 Our first two Podcasts of 2018 have attracted huge audiences for the interviews with former Celtic Director Tom Grant them politician and life long Celtic supporter Tommy Sheridan, who likes a rant!