SENSATION! Celtic score three and Leigh Griffiths draws a blank. Almost as sensational, Gary Mackay-Steven claims two for his first goals of the season as Celtic overcome the Perth Saints at Parkhead.

Griffiths, with 27 goals to his name during this prolific campaign, was expected to kick on from his six strikes in the last three games, but the lively frontman had to be content with some near misses on this occasion. 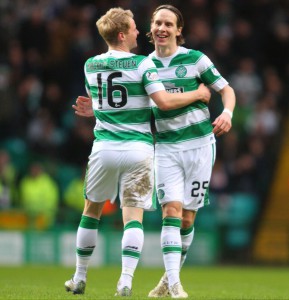 Ronny Deila saw his team take the lead in the ninth minute when the team’s top scorer saw an effort ricochet off a defender to Mackay-Steven, racing in from the right.

The winger didn’t hesitate as he took aim and fired beyond the stranded Alan Mannus. The Scottish international heaved a mighty sigh of relief as the ball nestled in the net for his first of the campaign.

However, there was something of another sensation when the Perth outfit, without a goal in their last five games, levelled three minutes later.

It was a goal from nowhere as Michael O’Halloran was allowed to force his way down the wing before crossing to Steven MacLean who tucked it past Craig Gordon.

The game was played at a fast tempo, but the Hoops always threatened to make the breakthrough. They had an opportunity when the ball was worked to Nir Bitton, but the Israeli midfeilder’s drive was straight at the keeper.

St Johnstone also had a chance when they came forward and the home fans were relieved when MacLean’s finishing effort was too close to Gordon. 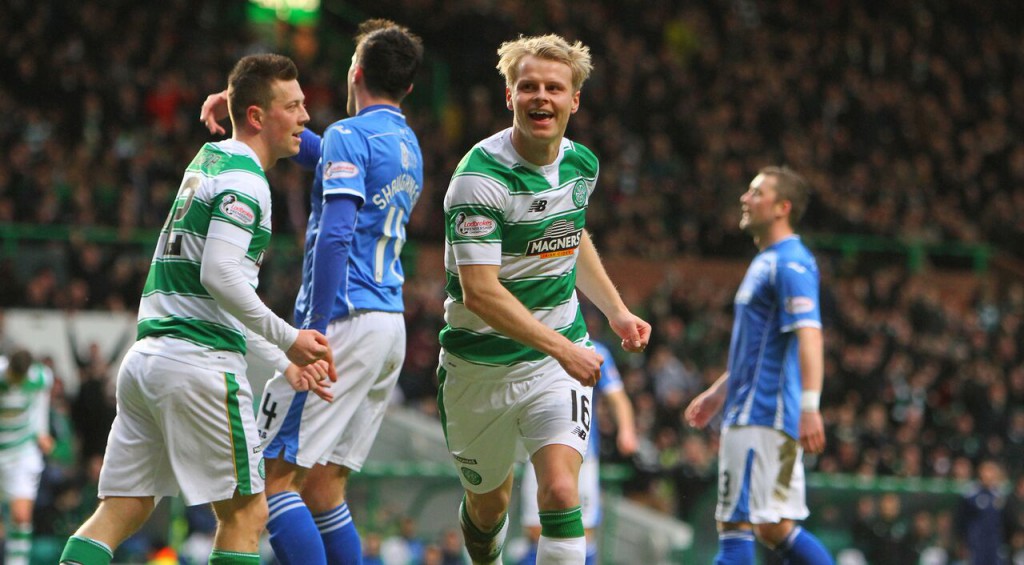 Mikael Lustig was raiding well on the right wing and the Swede created panic in the Perth penalty box when he fired over an inviting cross. Mannus could only palm the ball away in haphazard fashion, but there were no takers.

However, two minutes from the break, the right-back had better luck when he hit the bye-line before pulling one back from Stuart Armstrong to volley past Mannus from 12 yards.

Shortly after the interval, Mackay-Steven and Grffiths threatened, but the opposing defenders managed to repel the danger.

A third goal just had to come for the champions and it arrived in the 55th minute.
Stefan Johansen surged forward and delivered a pass into the danger area. It looked as though Griffiths would swoop onto the ball, but the eager Mackay-Steven got there just ahead of him to steer his second of the season into the inviting net.

The busy Mannus then touched away a low shot from Armstrong and did well to save a rasping effort from the increasingly-desperate Griffiths. 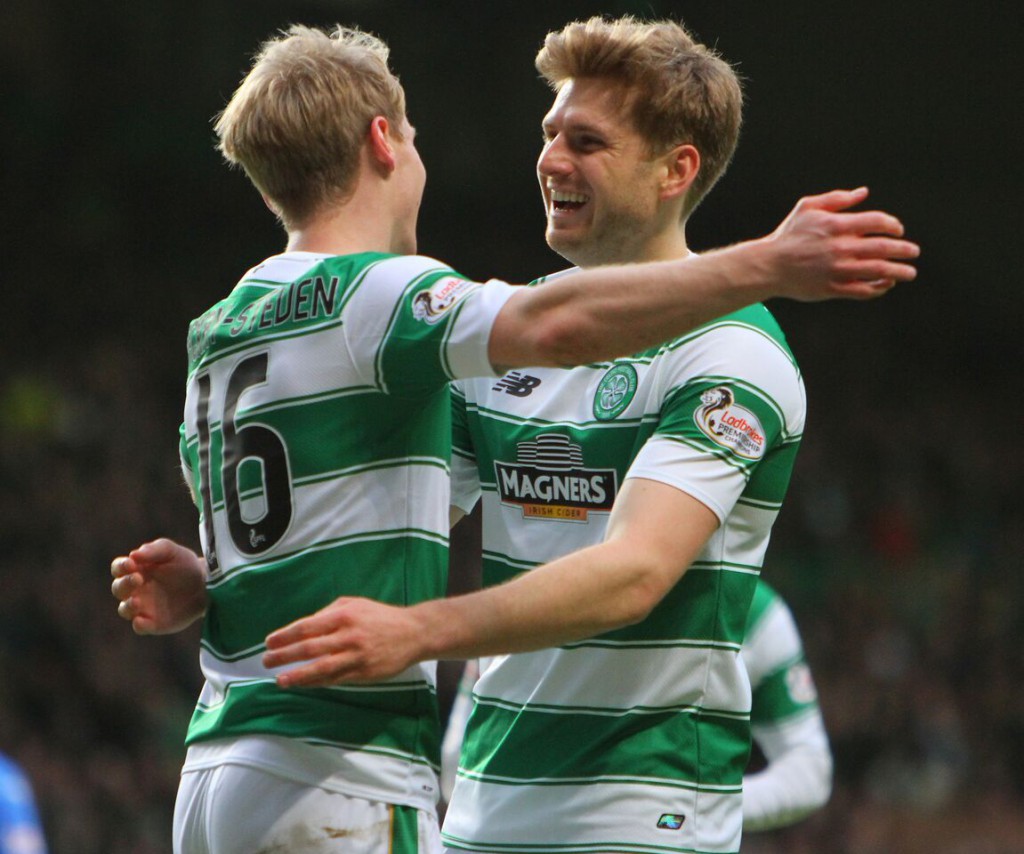 It looked as though he must claim No.28 for the season when he latched onto a Johansen pass, but the marksman, normally so lethal from these areas, lost his composure at the crucial moment and blazed over the crossbar.

Deila sent on Ryan Christie for Armstrong in the fading minutes to give him a taste of Paradise. By then, though, the job was done and Celtic were back to their six-point advantage over Aberdeen.