ABERDEEN boss Derek McInnes has revealed Scott McKenna “understands” why the club rejected a £3.5million bid from Celtic for the centre-back.

Brendan Rodgers made his move for the 21-year-old Scotland international defender earlier this week, but the big-money offer was immediately knocked back.

McInnes insisted the youngster took the news in his stride as he said: “Scott is the real deal and he will go at some point as he will continue to get better.

“He’s been kept abreast of everything this week and he’s fine with it and understands the situation.

“He’s got ambitions, they are with us at the minute and there will be a time when he goes to fulfil his next set of ambitions.

“Scott is someone who trusts me and he trusts the situation for his development.” 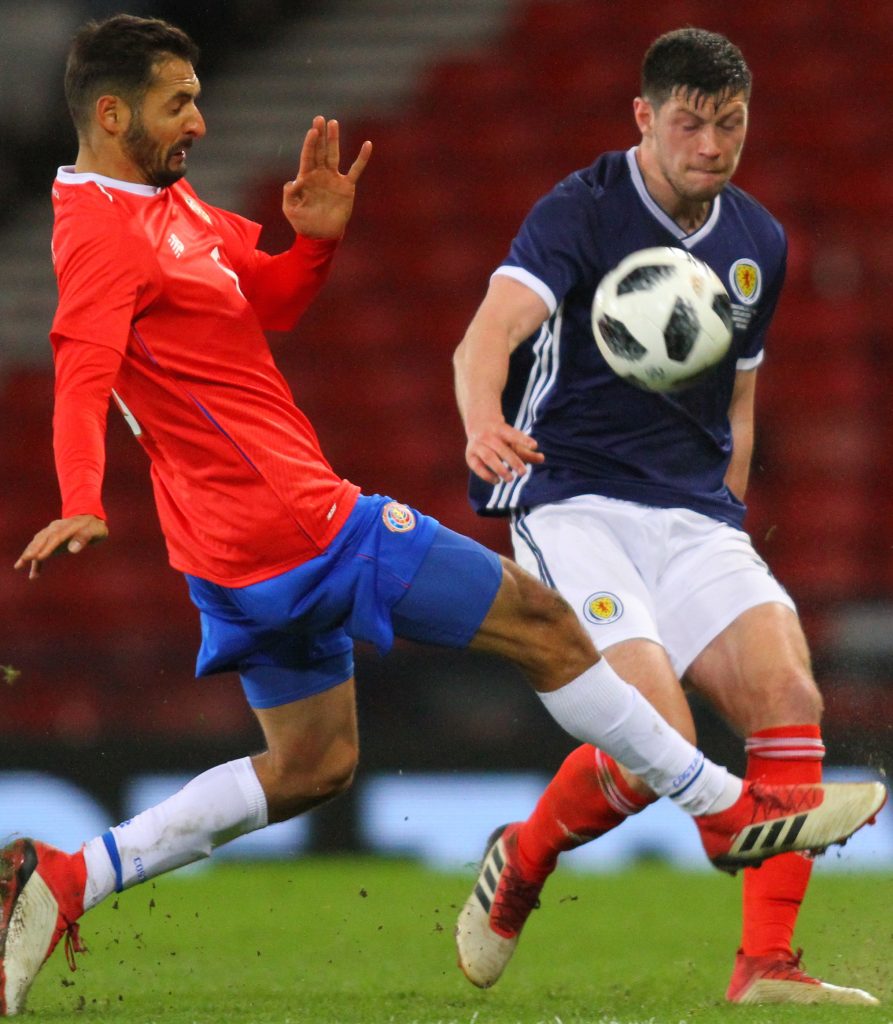 ON THE BALL…Scott McKenna during his Scotland debut against Costa Rica in March.

McInnes added: “We had been anticipating an offer once the English market closed and there were a lot of rumours that it would be from Celtic.

“We had a conversation with them when the offer came in and it was rejected, so we move on and it’s business as usual.

“It’s no surprise that people like my players and would be keen to work with them, especially someone like Scott.

“But he is still our player and we are keen to work with him ourselves as we haven’t had a full season with him in the first team yet.”

Hoops gaffer Rodgers said the champions would not be pursuing the deal and would look elsewhere.