Celtic Quick News on News Now
You are at:Home»Football Matters»MILLER & AITCHISON; GREEN AND WHITE FUTURE
By CQN Magazine on 25th May 2016 Football Matters
Brendan Rodgers’ first piece of business as the Celtic Manager was to give Celtic whizzkid Calvin Miller a new three-year deal with the champions.
Miller has been at the club since the age of 12 and has worked his way up through the youth ranks at the Academy to become one of the brightest prospects in the development side as well as being named as the World’s Best Footballer born in 1998 back in 2013.
The former Scotland Under-17 international was also part of the side that won the SPFL Development League title without losing a single match during a successful campaign, along with teammate Jack Aitchison.
The 18-year-old forward hopes to follow Aitchison’s example and sample first team football in the new season.
Aitchison became the youngest player in the club’s history at the age of 16 and 71 days and the first player to feature born in the 21st Century when he came on as a second-half substitute in the last day of the campaign against Motherwell.
The striker, who had just signed a three-year extension to his contract the previous week, marked the occasion by scoring with his first kick of the ball, in the Hoops’ seventh goal in their 7-0 win. 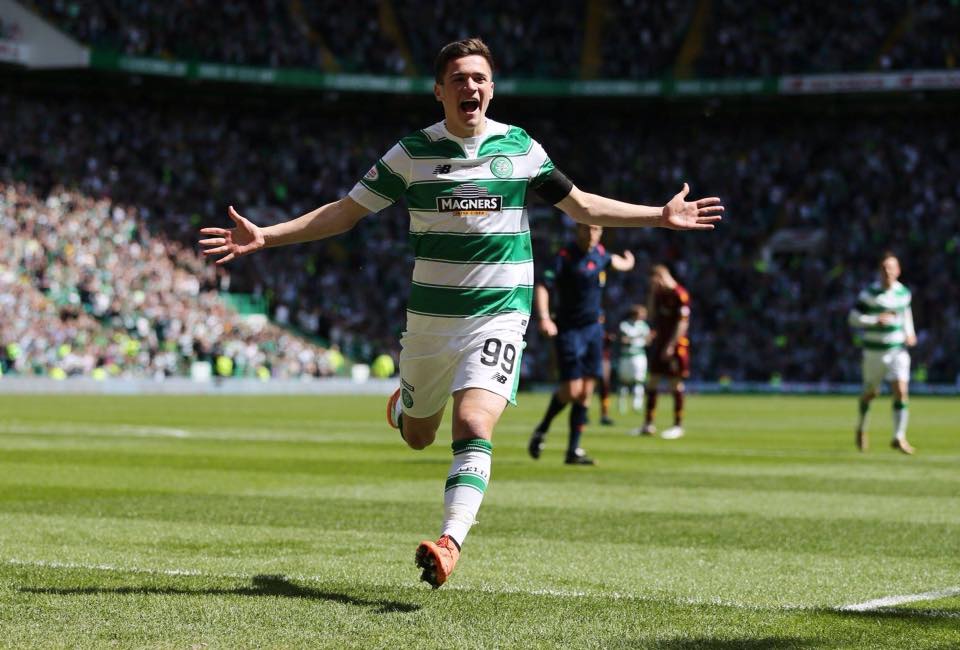 Aitchison has featured recently in both the Scottish U-17 team and the Celtic U-20’s, as they continued their dominance over the Development League.
CQN understands that Manchester United were actively pursuing the 16 year old’s signature and deemed him more that capable of starring in their impressive youth set up. The former Celtic manager was having none of that though!
Ronny Deila’s faith in the player and his decision to introduce him to the first team at the record breaking young age, seems to have been a crucial in Celtic keeping the player at Paradise.
With Calvin Miller signing up too, it looks like Brendan is picking up where Ronny left off.
Oh we are saying is give youth a chance!