CELTIC skipper Callum McGregor once again played a pivotal role for Scotland as the 2-0 win in Moldova tonight earned a place in the World Cup play-offs.

Goals from Nathan Patterson and Che Adams and a marvellous penalty save from Craig Gordon made sure of all three points for Steve Clarke’s side who have now won five in a row in their bid to play in the Finals in Qatar in a year’s time.

It was a hard-won triumph for the Scots who displayed a one-for-all-and-all-for-one spirit and McGregor dovetailed superbly with John McGinn and Billy Gilmour in the middle of the park. 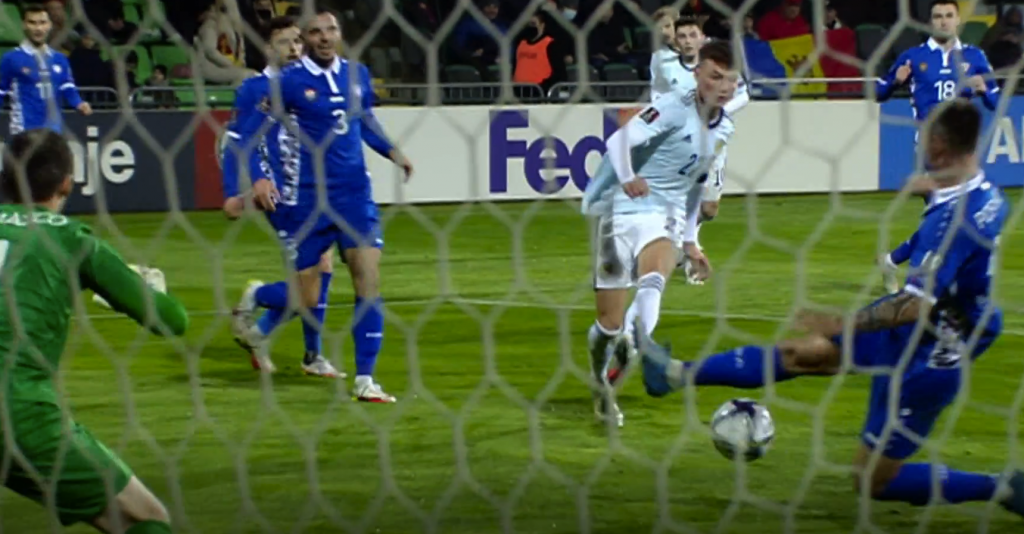 ONE…Nathan Patterson bursts through the Moldovan defence to fire in the opening goal. 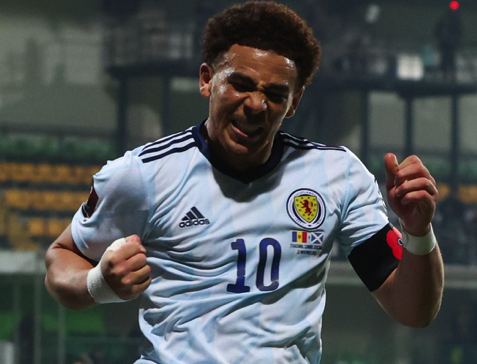 TWO…Che Adams celebrates his goal as he doubles Scotland’s advantage. 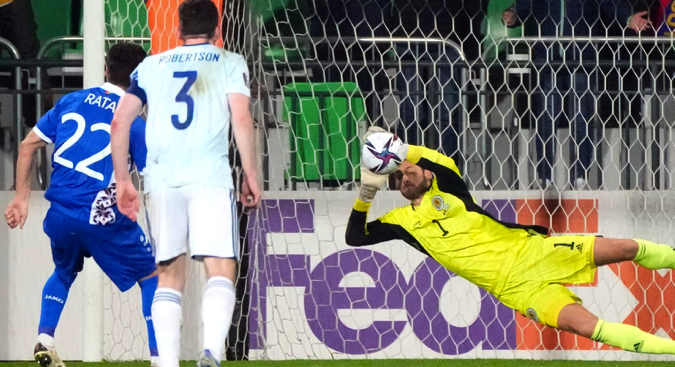 GLEE…Craig Gordon dives to push away Vadim Rata’s penalty-kick to put smiles on the faces of the Tartan Army in Moldova.

He was joined in the fading moments when Hoops team-mate David Turnbull entered the fray to pick up his fourth international cap.

Patterson gave the visitors the lead in the 38th minute after a superb sweeping move involving Stuart Armstrong, Jack Hendry, Gilmour and McGinn that allowed the right-back to race into the box, take a touch and then lash a left-foot drive wide of the helpless Stanislav Namasco.

And Patterson and McGinn combined again in the 64th minute for the youngster to pick out Adamas at the back post to score his first goal in eight internationals.

The Southampton striker had the ball in the net on two other occasions – one when he netted after a rebound from a full-blooded McGregor drive – but he was offside on both counts.

There was a nervy ending for the Scots when the Moldovans were awarded a VAR-assisted penalty-kick after Patterson was adjudged to have handled the ball.

Veteran keeper Gordon, who had made a spectacular save in the first-half to keep out a header from Artur Ionita, threw himself to his right to beat out Vadim Rata’s spot-kick and Kieran Tierney completed the clearance.

Scotland’s win means they are guaranteed to finish second in Group F and with it a place in March’s play-offs, where they will be seeded if they beat group-winners Denmark at Hampden in their final qualifier on Monday night.

The one black spot was the booking for Patterson which will keep him out of the match against the Danes.