CELTIC had a lot to celebrate in the 2-0 Europa League first leg play-off triumph over AIK Stockholm at Parkhead on Thursday night.

The victory following a dominant performance sets up Neil Lennon’s men for the trip to Sweden for the return encounter. James Forrest and Odsonne Edouard, with an exquisite 25-yard free-kick, edged the Hoops closer to the group stages of the competition.

However, there was a moment that sickened the home support just before the interval with the Celts chasing the all-important breakthrough goal.

Mickey Johnston had a ‘Maradona Moment’ when he decided to run at the heart of the visitors’ central defence. Showing some mesmerising footwork, the youngster slalomed through four defenders before the ball ran away from him at a crucial stage. He ran forward and, with the ball still free, made a last-gasp attempt to to prod it goalwards. 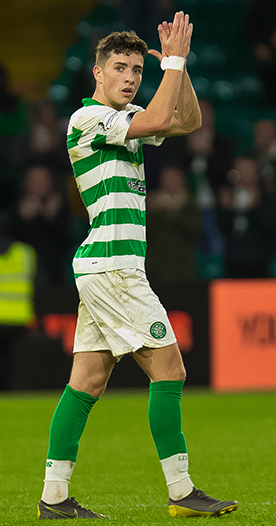 CHEERS…Mikey Johnston applauds the Celtic fans as he leaves the field after a superb display. 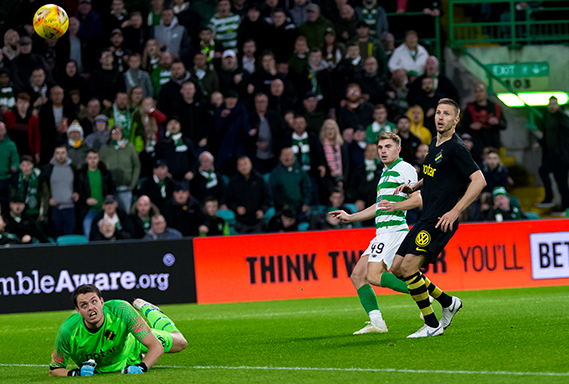 PICK IT OUT…Oscar Linner can only look back in horror as James Forrest’s shot beats him for the opening goal.

However, keeper Oscar Linner had read the situation and moved quickly from his line to clear with a hefty kick up the park.

What happened next was an appalling lack of sportsmanship from the shotstopper and looked like a sad and pathetic attempt to have Johnston carded for his challenge when it was evident the winger made no contact with the last line of defence, as pictures proved when they were displayed in the CQN match report that evening.

Hungarian referee Tamas Bognar, thankfully, was not impressed by the antics of the theatrical custodian and took no action.

Another match official on another night and, of course, it could have been a straight red for the Hoops attacker.

Linner actually had a good game and made a handful of reasonable saves, but, sadly, the AIK No.1 became Public Enemy No.1 with his outrageous bid to get Johnston in trouble.

We, at CQN, found it somewhat ironic that someone called Oscar was not rewarded for his play-acting.

Have another look at the incident that could have marred an excellent Celtic performance. 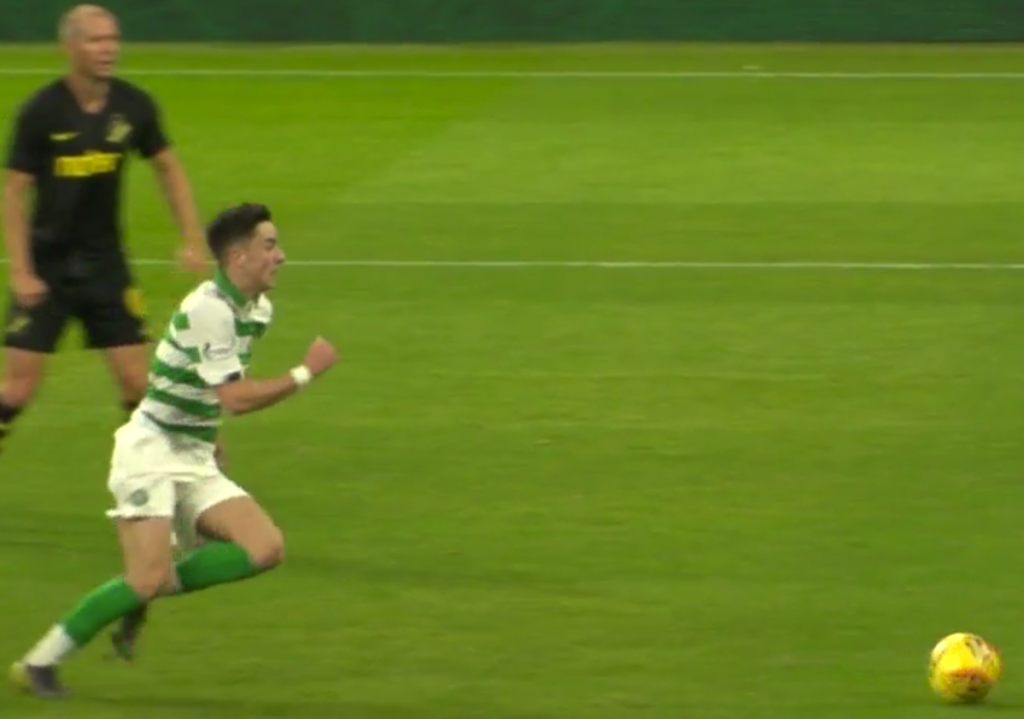 ON THE RUN…Mikey Johnston hares after the ball in the AIK penalty area. 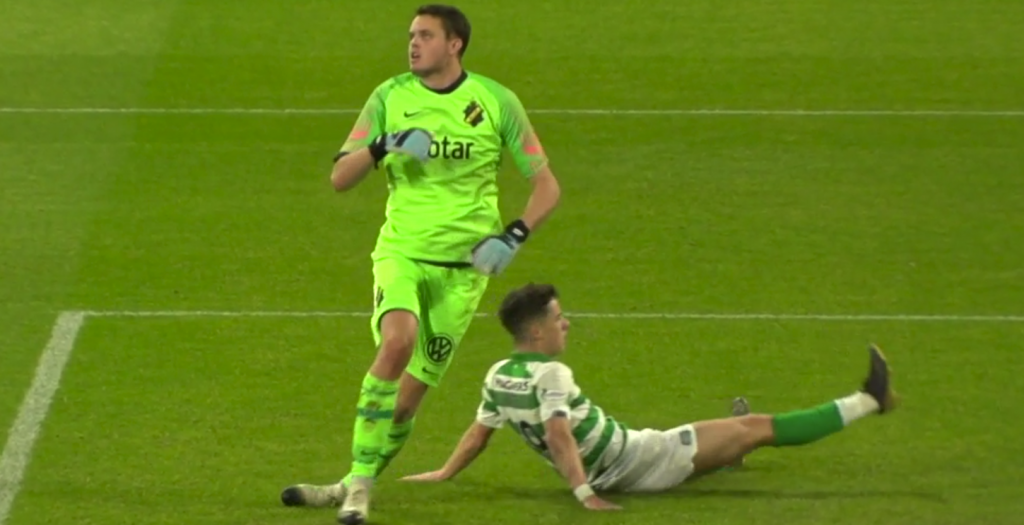 CLEARED…the AIK keeper boots the ball away as Johnston skids past him. 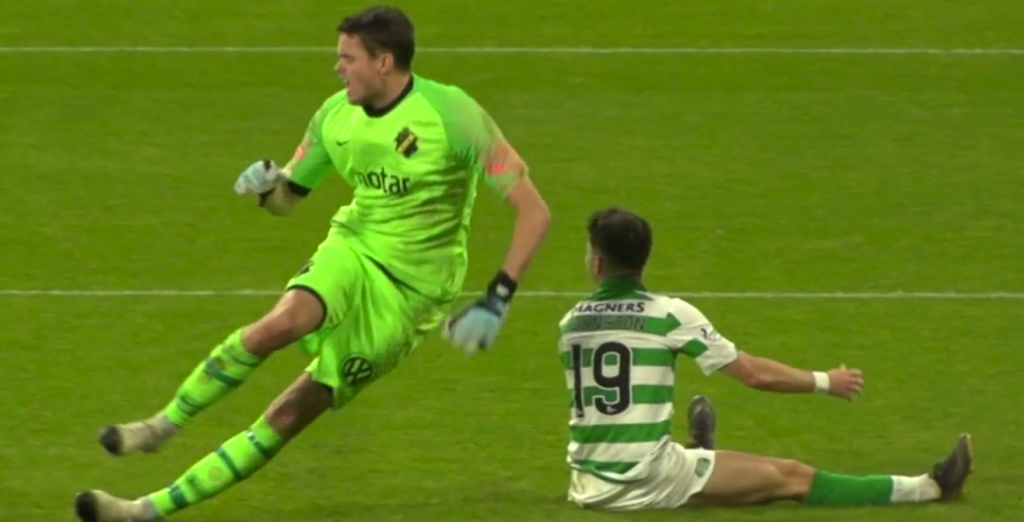 FALL GUY…Linner decides to take a dive with the Celt on the ground.

APPEALING AND APPALLING…Linner tries to attract the attention of the ref as Johnston sits it out. The match official ignored his pleas and the keeper made a remarkable return to full fitness seconds later.