Celtic Quick News on News Now
You are at:Home»Latest News»MOUSSA MISSES OUT BUT HIS DAY WILL COME
By CQN Magazine on 2nd November 2017 Latest News

CELTIC striker Moussa Dembele has missed the final cut for France ahead of their friendlies against Wales and Germany next week.

The 20-year-old attacker was handed a confidence boost by international boss Didier Deschamps when he included him in his original 30-man squad.

However, Dembele, who has just come back from injury and has claimed five goals this season, has been overlooked with the numbers shrinking to 24. 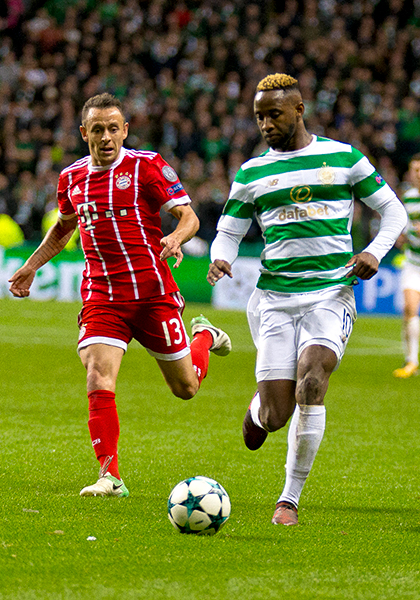 The powerhouse frontman, of course, had a dream debut season for the Hoops following his £500,000 development fee move from Fulham last summer.

Dembele rattled in 32 goals and would have almost certainly passed the 40-goal mark if it hadn’t been for injury forcing him to miss the last six games in the clean sweep run-in.

The Hoops ace faced stiff competition for the final French squad with the likes of Antoine Griezemann, Alexandre Lacazette, Olivier Giroud, Anthony Martial and Kylian Mbappe all included by Deschamps.