CHARLIE MULGREW is determined to silence the Malmo motormouths in Sweden tomorrow night.
Celtic travel to Sweden today for the vital second leg of their Champions league play-off which is worth at least £15million.
After losing 3-2 in the first game in Glasgow, Age Hareide’s players made a series of outrageous comments about their opponents, including calling them “pigs” and “children”. The veteran coach even claimed Ronny Deila’s team was unfit.
Now Mulgrew is insisting Celtic will do their talking on the pitch. Deila has already called the jibes “low level” and Mulgrew, standing in for captain Scott Brown during the 3-1 win at Dundee United on Saturday, said: “If they want to say that, then it’s up to them. We’ll not get involved in anything like that. We need to do our talking on the pitch, that’s the only place to do it, to be honest.” 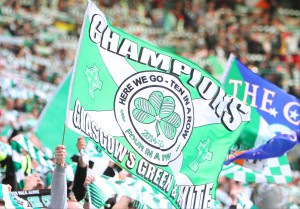 Mulgrew, 29, has witnessed both sides of the Champions League coin, qualifying twice for the group stages under Neil Lennon then suffering the ignominy of last season when Celtic lost out to Legia Warsaw and Maribor.

The Scotland international said: ‘The whole pre-season focus goes into these games. It’s a lot of work to get to where we are just now and we want to get over the line.

“Everything comes down to this. We’ll be doing all we can to get there. We’ll prepare right, we will leave no stone unturned.

“The mood is positive. The first game didn’t end how we wanted in the last 10 minutes. But at the end of the night we won the game and we need to remain positive.

“Now we need to stay focused going over to Sweden. We’ll look to win the game.

“They are a good side. No team that gets to this stage is a bad side, so they have quality and can pose problems. We’ll need to be on our game.”

Mulgrew admitted that he has no idea if he will start after replacing Emilio Izaguirre at left-back against Stjarnan in a previous round.He added: “‘I don’t know, it’s up to the manager. Everybody in the squad is prepared to play. We’ll all be preparing like we’re starting.

“You saw against Dundee United there are a lot of people who can come in and do a good job in different positions. We’re all fighting for places and that brings the best out of everyone.”